Flawless Valieva, confident Tuktamysheva and matured Trusova: how the skaters appeared at the test skates

At the test skates of the Russian national figure skating team in Chelyabinsk, short programs of single skaters were shown. Kamila Valieva showed the cleanest performance, while performing a triple axel. The same jump was obtained by Elizaveta Tuktamysheva, who made only one mistake on the cascade. Alexandra Trusova fell on an ultra-si element, but showed an unusually adult skating for herself. What conclusions can be drawn from the first appearance of Russian skaters on the ice in the season - in the RT material. 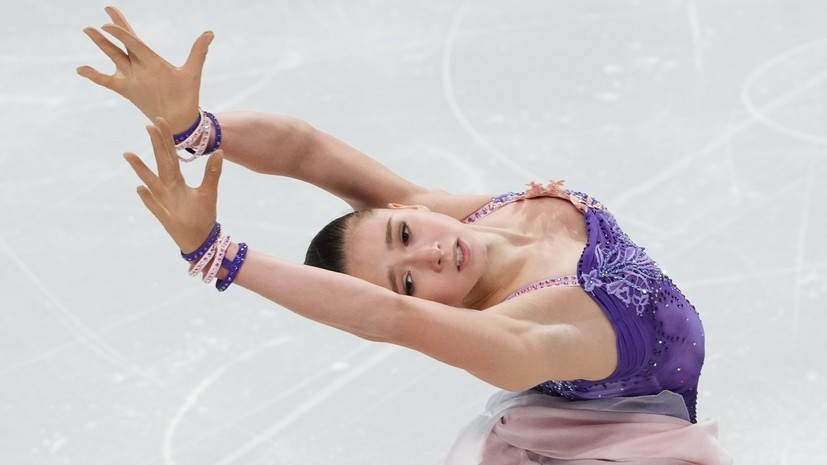 The dramaturgy of the final part of the first day of open skating of Russian figure skaters, namely the performances of single skaters, could form the basis of a series of any genre - from melodrama to thriller.

It has never happened at any domestic competition that out of ten performances there was not a single pass that I would like to miss.

A kind of Diamond Figure Skating League: worthy of being a completely separate and self-sufficient tournament.

Perhaps one day it will be so, but on Saturday it was left to think with sadness that only three athletes from all this luxurious ten would get to the main starts of the season.

I believe that all those who were lucky enough to be at the Chelyabinsk Tractor Arena tried to find the answer to this question in advance.

The question about the favorite of the Olympic season - 2022 a year ago, seemed to suggest only one answer: Kamila Valieva. After Alexandra Trusova first left the group of Eteri Tutberidze, and then the European champion - 2020 Alena Kostornaya, it was quite obvious that the former coaching staff of these athletes was making the same bet on Valieva as on Alina Zagitova at the end of 2017. Moreover, according to the already worked out scheme - leaving a well-rolled free program for the second season. Valieva changed her short program. The idea of ​​a new production was explained by the choreographer of the group Daniil Gleichengauz: a beautiful girl walks in a garden or meadow, sees a butterfly that sits on her finger, and travels after her throughout the program.

The image involuntarily sounded a subtext: modern women's skating looks, in comparison with three other types, of the very same butterfly, whose life span is too short to make any far-reaching plans with confidence. The figure skater stretched out a little, put on a little weight - and goodbye, quadruple jumps!

World champion Anna Shcherbakova, this tendency perceptibly affected last season: the skater lost her free program to Alexandra Trusova, unable to cope with the only quadruple jump of her rental - a flip. This season, Valieva has also grown noticeably, which began to require much more serious physical costs from the athlete. Well, after Trusova, the only athlete who did not lose her jumps and all-consuming desire to win as she grew older, returned to the group after Alena Kostornaya, the advantage of Shcherbakova and Valieva ceased to seem obvious at all.

The September skates are, of course, not a reason to make far-reaching conclusions, but at the same time they quite transparently showed which of the athletes are already capable of performing their ultra-si in working mode, and who needs to first acquire the necessary conditions to perform quads. ...

On Saturday, however, it made sense to discuss not quadruple jumps, the execution of which is prohibited in women's short programs, but triple axels.

Four skaters out of ten dared to include this element in their programs: Kostornaya, Trusova, Valieva and Elizaveta Tuktamysheva.

Daria Usacheva, according to her in the mixed zone, refused this element due to injury, and Maya Khromykh did not have time to learn it.

Kostornaya's axel turned out with a step-out, and Trusova's - with a fall, although in general Sasha in her new program "Frida" made the impression of an absolutely self-confident and very inwardly adult figure skater who understands what exactly she is skating.

But it is precisely these qualities that the Russian "queen of jumping" lacked most of all last season.

A separate line, as it actually happened more than once, in the women's box office looked like Tuktamysheva, independently deciding (by analogy with the well-known joke about Gioconda) on whom and what impression to make.

The only thing that prevented the skater's very going program with the lightest triple axel as ideal was the cascade, in which Lisa doubled the second jump.

But even this she did with such an air, as if it was not originally her task to exert herself beyond measure.

With such an extraordinary line-up of participants, it would be completely wrong not to see at least one outstanding show in all respects on Saturday. Valieva became its author, and this is, in fact, an exhaustive answer to the question of which of the Russian singles can already be confidently put at the top of the world ranking.