Master coach ahead of SHL premiere: "Butterflies in the stomach"

On Saturday, it's time for the SHL premiere when the reigning champions Växjö receive Färjestad on home ice. A long-awaited premiere for coach Sam Hallam. - There are butterflies in the stomach, that's all, he says to SVT Sport. 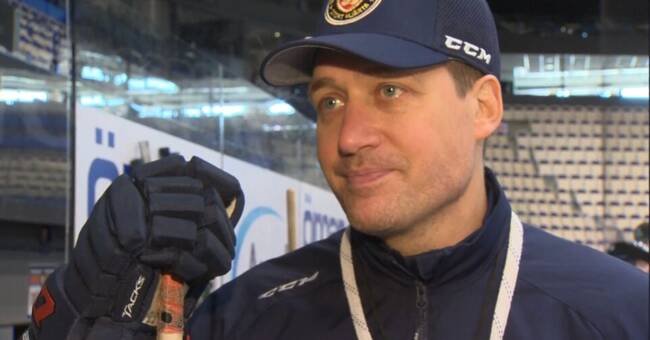 The meeting is a replay of last year's quarter final where Växjö defeated the Värmlands 4-0 in matches.

- There are butterflies in the stomach, that's it.

It probably does not matter what pre-season you have had or how many years you have been to a premiere.

You learn over the years to appreciate the premieres, says Sam Hallam to SVT Sport.

Even though Växjö won Swedish Championship gold last season, it is teams like Luleå and Färjestad that have been talked about as favorites.

Something that does not disturb tomorrow's home team.

- We are reigning champions but that was last year.

I think we have a good framework to stand on with interesting players who have come in.

We want to be part of the challenge for the championship but we are humble for the competition, says the coach.

Compared to his previous club

For a player in Växjö, the match against Färjestad will be extra special.

Last year, Olle Lycksell played in Färjestad where there were 9 goals and 12 assists in 46 games played.

But then, as is well known, it was a travel pass in the quarter finals after four straight losses against Växjö.

The premiere will be an exciting meeting against the former club.

I played there last season and then we went out 4-0 here in Växjö.

All teams go to get a good start and win the first match, says Lycksell.

- It will of course be very special.

But it's just fun, some taxes that will be shared.

It will mostly be fun to meet them.

Färjestad was the obvious choice when former Mikael Wikstrand chose to move home to the SHL, the former KHL professional explains in the clip.