This spring, Tre Kronor went out of the ice hockey World Cup in Riga. The adventure ended already in the group game. It was the first time since 1992 that they missed a playoff. The Swedish Ice Hockey Association has now released its evaluation where both players and leaders have had to analyze the tournament. 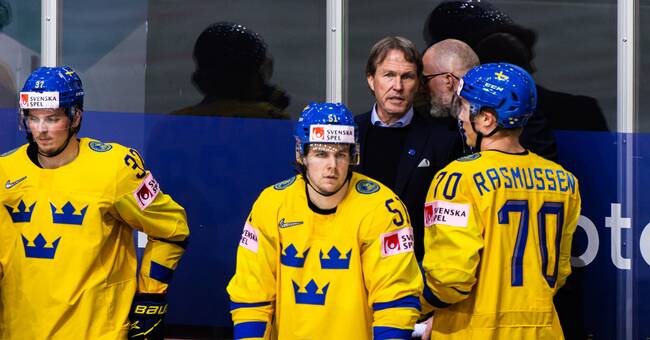 Sweden got off to a bad start in the World Cup tournament when they lost the opening match against Denmark 4-3.

The loss combined with the addition of several new players into the squad close to the start of the game was one of the reasons for the failure.

- Number one is our start in the tournament and the first week where we get nine new players from the week before that we will try to get into the group, get them to cooperate with each other, feel safe with each other and then be ready for competition when the World Cup begins.

There we simply bit, says Johan Garpenlöv, the league captain for Tre Kronor, to the league.

According to Johan Garpenlöv, one factor was that the players did not know what role they had in the team.

Which was because they did not play a training match with the players in the squad.

- For me, it was the journey to the first two matches where we did not really feel how the group was and what they needed.

Even the players themselves thought that they did not really understand their role in this, and we had to pay for that in the first two matches, says Garpenlöv.

Competition manager Olof Östblom believes that the evaluation has been positive and that there is a consensus about what went wrong.

- What is still good about the evaluation is that players and leaders have the same picture of what has not been successful.

What we can state is that it was an inexperienced team that went to the World Cup, both players and leaders and under very special conditions and a tough start, we end up in a very tough situation, says Östblom.

The national team is now waiting for the preparations for the next tournament, which is the 2022 Winter Olympics.

Skellefteå took an important victory in the CHL. Photo: SVT