Canadian teenager Laila is a tennis surprise.. Her father is a soccer player

New York - AFP.Canada's Laila Fernandes grabbed the attention of the US Open, the last of the four Grand Slam tennis tournaments, after reaching the semi-finals despite her young age (19 years), to be the biggest surprise on Flushing Meadows this season.Fernandes continued dream 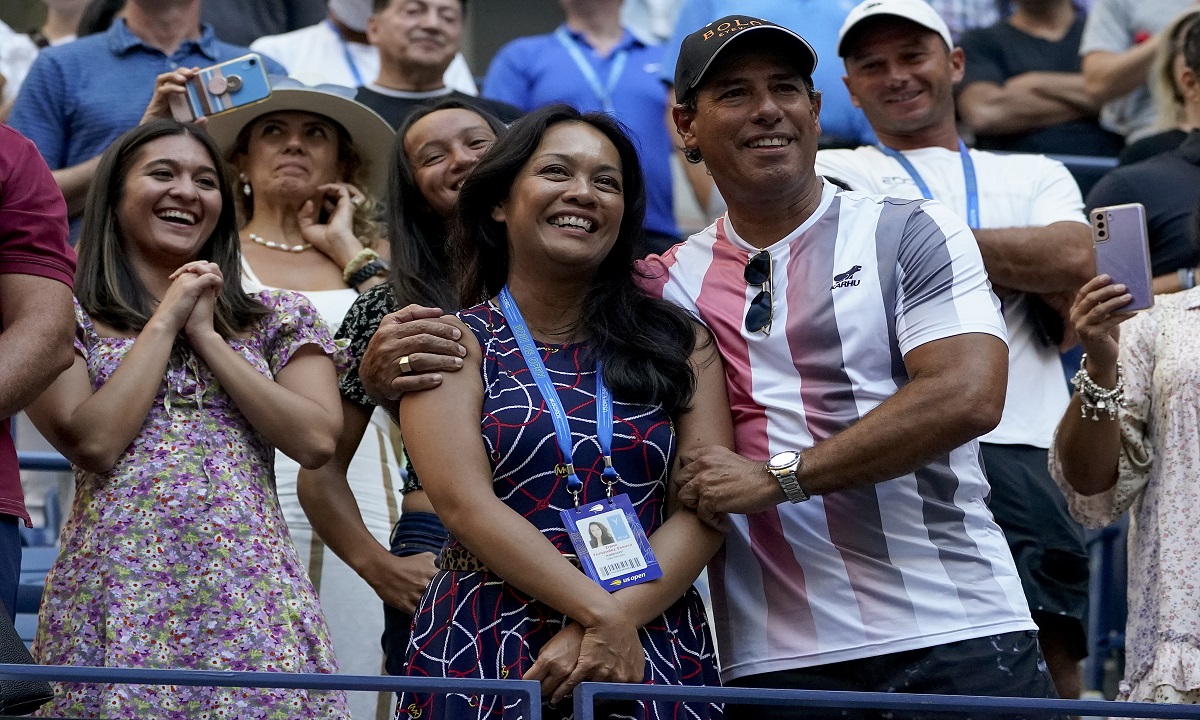 Canadian teenager Laila is a tennis surprise.. Her father is a soccer player

Canadian Leila Fernandes grabbed the attention of the US Open, the last of the four Grand Slam tennis tournaments, after reaching the semi-finals despite her young age (19 years), to be the biggest surprise on Flushing Meadows this season.

Fernandes continued her dream of eliminating Ukrainian Elina Svitolina on Tuesday in the quarter-finals, and the Canadian teenager had previously defeated the Japanese title holder Naomi Osaka in the third round, after the latter was close to deciding the match after advancing 7-6, 6-5, for Fernandes to return and prove her metal and turn the match upside down on the back.

Her performance was well received by her fifth-ranked opponent, Svitolina, who congratulated her impressively, not to mention the standing ovation received by the rising star at Arthur Ashe Stadium.

Fernandez's reaction was no less striking after she fell to her feet from the severity of the impact.

Speaking of her remarkable participation, Fernandes said: "The first days were really a little tough. I was very lucky to have the doubles matches the next day, to keep your feet on the ground. Now I feel more used to it."

Fernandes previously had a difficult match against Kerber on Sunday, and was able to make up for her delay after losing the first set 6-4, before winning the second in the tiebreaker 7-6, to complete her brilliance by deciding the third 6-2.

Fernandes continues, "I have a great team that surrounds me and helps me to maintain a sound mind, so that I do not think about the next match prematurely, and without being affected by the things that are happening around me."

Fernandes makes a deliberate move, sometimes turning her back on the court, and looking at the wall behind her, as she did against Svitolina, all with the aim of keeping her as focused as possible. ".

She continues, "Since I was young, I wanted to be the first, I always wanted to be the first to enter the stadium in front of my parents. Even at school, except for the performance I gave in front of my friends, which I hated very much, I tried to enjoy as much as possible other things such as acting, singing or dancing. Over the years, I've learned how to use the audience's energy, and how to use it to my advantage."

Combined with this confidence shown by the budding player, she is confident in her tennis skills, which her father, Jorge, has been taking care of.

Her father, a former professional soccer player, took an interest in his daughter's career when she was dismissed at the age of seven from the Canadian Tennis Development Program, although he knows almost nothing about the sport.

Before the highly anticipated match against Svitolina, a very useful message came from her father saying, "+Fight for every point. This is your first quarter-final in a major tournament. Don't make it your last match here. Fight for your dream +".

Fernandes awaits a difficult confrontation against Belarusian second-ranked Arina Sabalenka in the semi-finals, especially as Sabalenka also performs remarkably in the tournament.

But Fernandez, who won her first WTA title in March at the Mexican Games in Monterrey, is well aware that she shines more in tough matches, and why not this year's Flushing Meadows tournament with the biggest surprises?