Pele, operated on for a tumor in the colon 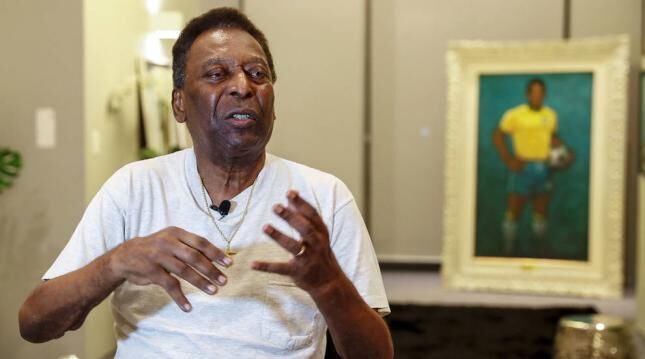 Former Brazilian soccer player Edson Arantes do Nascismento, 'Pelé', underwent surgery last Saturday to remove a tumor in his colon and remains in a hospital in Sao Paulo, according to the legendary athlete published on social networks.

"My friends, thank you very much for the messages of affection. I thank God for feeling very good and for allowing doctors Fabio and Miguel to take care of my health," the star wrote.

The king of soccer Pelé has been hospitalized for six days in Sao Paulo after some health problems were discovered during routine examinations, local media reported on Monday.

The three-time world champion has been admitted to the Albert Einstein hospital, where he is usually treated, since August 31, according to

, without specifying his sources.

That day, the Brazilian legend wrote a message on his social networks in which he said he was "in very good health", denying rumors that he had fainted.

"I went to have my routine exams, which I had not been able to do before due to the pandemic," said 'O Rei', without indicating whether he had been hospitalized.

However, in the medical check-ups a problem was detected, undisclosed, and he was hospitalized.

"When the doctors finish all the exams, we will issue a statement," Pele's press adviser told AFP.

Asked about the health and hospitalization of the ex-footballer, Albert Einstein said "he had no information."

has been admitted to the hospital several times in recent years to treat health problems.

The last was in 2019, when he was admitted to Paris and transferred to Sao Paulo to remove a kidney stone.

was admitted to intensive care after another urinary infection that forced him to undergo dialysis in his left kidney, the only one he has left since his right was removed in the 70s, due to an injury when he was still he was a player.

The '10' also underwent hip and spine surgeries and since 2012 he has been moving with some difficulty, even going so far as to appear in public in a wheelchair on some occasions.

Soccer World Cup 2022Argentine conspiracy environment after the scandal of the suspension of the match against Brazil: "They have blood in their eye"

LaLiga Santander 2021 - 2022Erik Lamela, the 'scorer' who resigned from Barça due to his mother's fear of a kidnapping