England defeated Hungary 4-0 in the World Cup qualifiers. But the victory was overshadowed by a racist scandal. According to Sky Sports, people in the audience made "ap-sounds" against Raheem Sterling and several objects were thrown at English players. 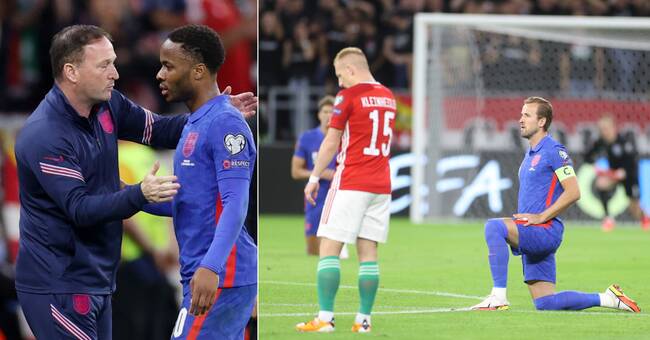 According to Sky News, "ap-sound" must have made against Sterling when he had the ball and when he assisted to Harry Kane's 2-0 goal.

There must also have been racist chants and after Sterlling's 1-0 goal, mugs were thrown at the English players.

A Bengal was also thrown in during the match.

In addition, the English team was booed when they knelt, as a mark against racism, before the match.

- They know what we stand for as a team and we hope that we can eradicate racism, not only in football but in life, says the English national team captain Gareth Southgate.

"It is completely unacceptable that the English players were racistly attacked in Hungary last night," Johnson wrote on Twitter.

The FA writes in a statement: "We are extremely disappointed when we hear that there have been discriminatory actions against our players.