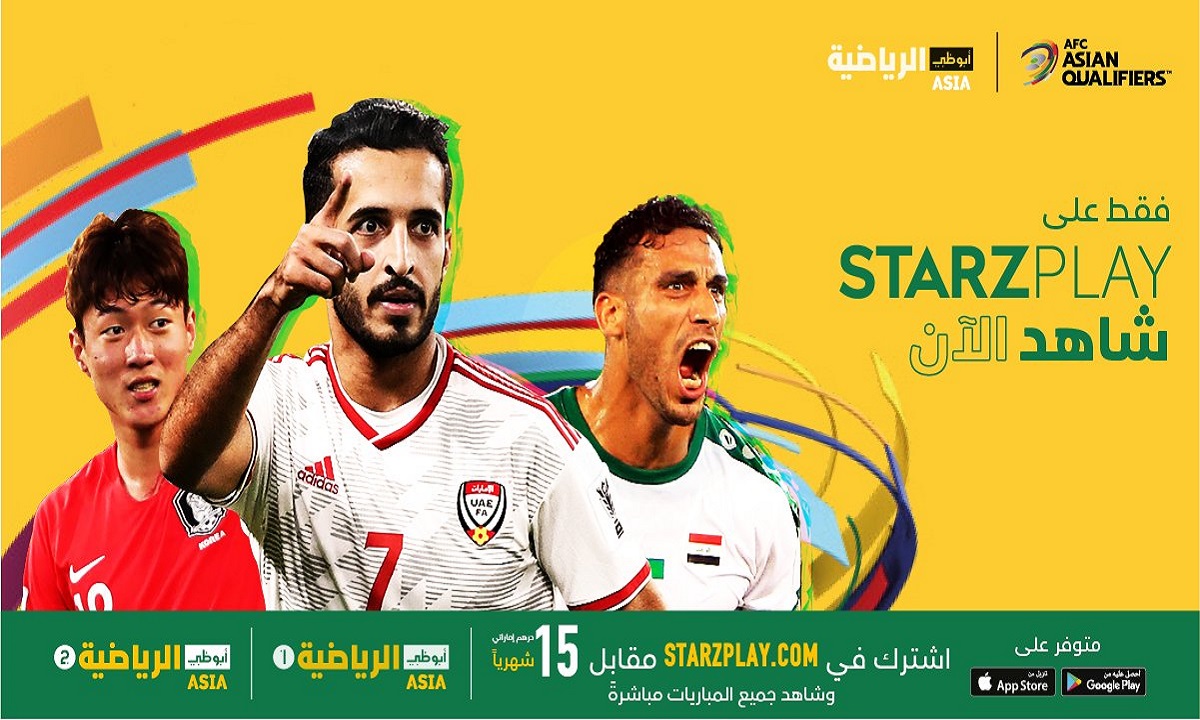 Abu Dhabi Media, the leading public media services company in the country, has signed a partnership agreement with Emirates Telecommunications Group "Etisalat", a leading company in global emerging markets, to broadcast the matches of the Asian championships for all national team and club competitions, which Abu Dhabi Media owns the exclusive rights to broadcast in the Emirates until year 2024.

Abu Dhabi Sports Channels, "Asia 1" and "Asia 2", No. 706 and 707 on the list of eLife channels, will be dedicated to broadcasting 1250 matches in full transmission of all AFC tournaments, especially the main tournaments of the Continental Confederation such as the Asian qualifiers for the scheduled World Cup finals. 2022, with analytical studios and programs dedicated to the Asian Championships, starting from September 2 (today).

On the other hand, Etisalat clarified how to watch the matches, including the matches of the UAE national team in the 2022 World Cup qualifiers, which start today against Lebanon, where it said that subscribers of the Elaf packages, which are "Premium, Sport and Interim", can watch for free without any additional fees, while Subscribers of "eLife" in the other packages need to pay 15 dirhams per month.

In addition to the 2022 World Cup qualifiers, the new channels, Asia 1 and Asia 2, will broadcast the qualifiers and competitions for the 2023 AFC Asian Cup in China, the matches of the AFC Champions League, the AFC Cup, the AFC Women's Asian Cup 2022 in India, as well as the AFC U-23 Cup in Uzbekistan. 2022, the Asian Futsal Cup as well as the Asian Club Futsal Championship.

Haitham Al Kathiri, Acting Executive Director of Abu Dhabi TV Channels Network, said: "We are pleased to sign the new partnership agreement with Etisalat, which comes as part of Abu Dhabi Media's endeavor to enable football fans in the UAE to follow all Asian championships with high-quality service. This agreement also aims to expand our partnerships aimed at consolidating the position of Abu Dhabi Media is a pioneer in presenting and producing innovative content and direct interaction with the audience.