Soon sold out for the World Cup qualifier at Friends

The supporters have longed to see the national football team in place again. Tickets for the match against Spain are almost sold out. Almost 17,000 are admitted, most recently Blågult played at home, 500 spectators were allowed. 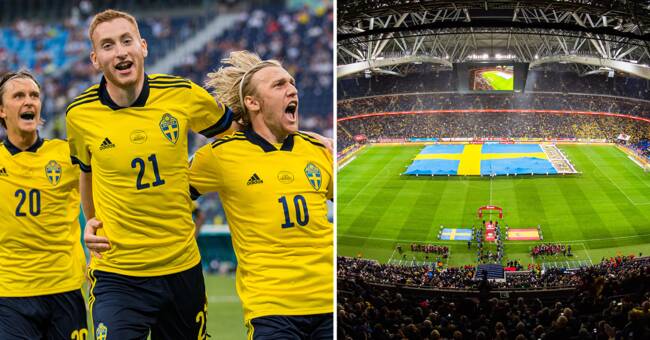 Audience restrictions have been eased during the summer for public gatherings.

This means that the audience has returned to the football arenas.

Before the national football team's match against Spain on Thursday night, the tickets have been sold out.

- It has gone pretty fast.

We have almost 100 tickets left and so far 16,700 people have bought tickets for the match, says Lena Danielsen, ticket manager at the Swedish Football Association.

The arena holds an audience of 50,000. Due to the new restrictions, the audience will be admitted in relation to the maximum capacity.

This means that 16,800 are allowed for Friends arena.

The last time Sweden played at the national arena in Solna was against Armenia on 5 June.

Then in front of 500 spectators.

Organized away supporters are not allowed in September by Uefa, according to Lena Danielsen.

Therefore, no tickets have been available for a Spanish away heel, even if it does not prevent Spanish supporters from buying regular tickets.

Before Sunday's training match against Uzbekistan, there are many tickets left, currently around 8,000 have booked a place at the match.