Return of Griezmann, purchase of Kamavinga and departure of Krala: five main transfers of the last day of the summer period of additional applications

Forward Antoine Griezmann returned to Atlético after two not very successful years at Barcelona, ​​and the Catalans took on him to replace Sevilla striker Luc De Jong. Chelsea have loaned Spain midfielder Saul Niguez for the season, while West Ham have added Spartak midfielder Alex Kral. In turn, Real Madrid acquired the promising French midfielder Eduardo Camaving from Rennes, having issued the first transfer since January 2020. 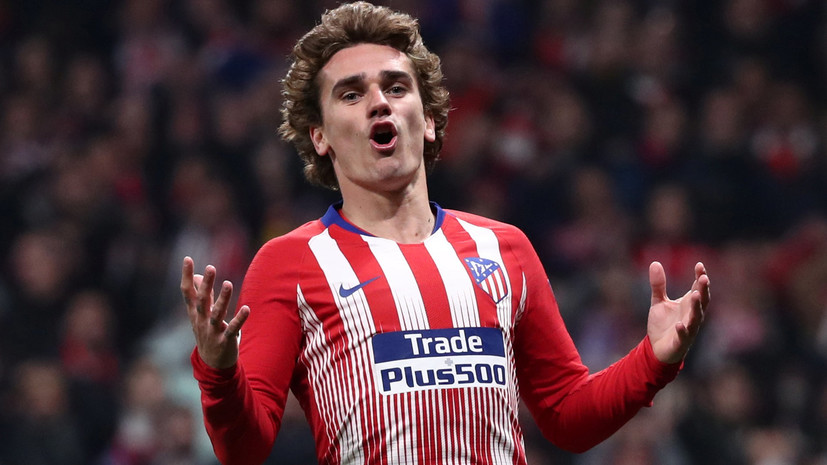 The last day of the add-on period in the leading European championships is traditionally full of high-profile transfers.

The current window was no exception, although most of the famous footballers have moved to other clubs on loan.

One of them was striker Antoine Griezmann, who returned to Atletico Madrid after two not very successful seasons at Barcelona.

According to Diario Sport, the reigning champion of Spain has already paid € 10 million for the Frenchman, and a full redemption of the contract will cost him another € 40 million.

As far as we know, the negotiations between Atlético and Barcelona were not easy. For a long time, the Catalan club insisted on the inclusion of the young Portuguese striker João Felix in the deal, but Madrid were categorically opposed. At the same time, “mattress mats” could not afford a full-fledged purchase either, as a result of which everything was reduced to talks about renting. But here, too, everything did not go very smoothly. Due to the delay in the transfer of Saul to Chelsea, Antoine's transfer was only "on the flag".

Griezmann's return to Atlético seems as intriguing as it is strange.

Largely due to the fact that it happened right now, after the departure of Lionel Messi to Paris Saint-Germain.

In his absence, the Frenchman could have become the leader of Barcelona, ​​but instead chose to go to Madrid.

And not the fact that he miscalculated.

Diego Simeone is well aware of his strengths and will surely easily integrate him into the team.

The only question is how the fans will react to his arrival, who are unlikely to forgive him for his escape to Catalonia.

After Griezmann left, Barcelona, ​​as expected, needed reinforcement in the attacking line.

But hardly anyone expected the club to settle for Luc De Jong.

A couple of years ago, it was difficult to imagine that a forward of the Dutch caliber would receive an invitation from the blue garnet, but in the conditions of the financial crisis, a free lease could be one of the few opportunities to strengthen the squad.

As far as we know, De Jong is the creature of the head coach of the blaugrana Ronald Koeman, who knew him well from the Netherlands national team.

During this period, the overall striker entered the field ten times, and only once at the start, and chalked up one goal scored.

Most likely, in Barcelona, ​​De Jong is also considered as a substitute player, and he can only get a chance to get into the starting lineup if his competitors are injured.

And right now there are the most prerequisites for this.

It is possible that at first Luke will make the top three with Memphis Depay and Martin Braithwaite, and after the return of the wingers to the ranks he will move to the bench.

Rumors about the possible departure of Saul began to circulate in the summer.

Last season was not the most successful for the midfielder.

He became noticeably less likely to hit the base, and therefore his playing time was noticeably reduced (2673 minutes instead of 4246 a year ago), and then his performance crawled down.

Over the past year of competition, he scored only four (2 + 2) points on the "goal + pass" system and, as expected, did not make it into the application of the Spanish national team for Euro 2020.

The media talked about the interest in him on the part of Juventus, Bayern Munich, Liverpool and PSG, while the exchange for Griezmann at Barcelona was most substantively discussed.

During the negotiations, various options were discussed, according to which the blue garnet could get not only the midfielder, but also one of the pair of Atlético's flank defenders - Renan Lodi or Mario Hermoso, but in the end the deal fell through.

Subsequently, Chelsea appeared on the horizon, which received the player on loan for the season with the right to buy.

Nevertheless, Saul's acquisition raises serious questions due to the abundance of quality performers in the London club's midline.

For a place in the center of the field, the Spaniard will have to fight with Jorginho, N'Golo Kante and Mateo Kovacic, which seems to be a rather difficult task for him.

Therefore, it is possible that in London Saul will be on the bench even more often than in Madrid.

While Barcelona is patching holes in the squad, Real is working for the future. Unable to agree with Paris Saint-Germain on the purchase of Kilian Mbappé, the Madrid team decided to strengthen the middle line, which has long needed fresh blood. Eduardo Kamavinga will try to dilute the trio Toni Kroos - Luka Modric - Casemiro, who by the age of 18 had already managed to rewrite several records. First, he became the youngest debutant, and then the youngest scorer in the history of the French national team.

And for a long time, PSG was considered the main contender for Kamaving. The press reported that the capital club expects to acquire a midfielder in the summer of 2022, and the player himself considers either Paris or La Liga to continue his career. As a result, “Real” worked ahead of the curve and, perhaps, not only acquired a talented football player, but also paved the way for Mbappé's signing. The presence of a compatriot in the squad may become an additional argument during negotiations with Kilian, who has already managed to respond positively to Eduardo's transfer.

The central midfielder will definitely add variability to Carlo Ancelotti in the center of the field, and later can become a main player for years to come.

Kamavinga is able to close both the position of the central and supporting midfielder, is good at promoting the ball both through dribbling and passing.

He is very strong in defensive actions, which only confirms the seventh place in Ligue 1 in the number of successful tackles last season (70).

Of course, the transfer of the Czech midfielder may not be of great importance for world football, but for the Russian Premier League this is a real event.

Kral's departure from Spartak was talked about throughout the last season and, finally, the transfer took place.

Like most of the aforementioned colleagues, Alex changed the club on loan, and at least the next season will play alongside former CSKA player Nikola Vlasic.

The variant with West Ham seems to be one of the most suitable for Kral, at least for the reason that it will be quite easy for him to adapt in the camp of the Hammers.

And not only because David Moyes preaches a strength style with an emphasis on "physics", but also because of the presence of his teammates from the Czech national team in the team.

Tomas Soucek and Vladimir Tsoufal are not only members of the London team, but are one of its leaders, and will help Alex get used to it.

The problem may be that the competition in the West Ham mid lane is quite high, and with the purchase of Vlašić it has become prohibitive. For a place in the support zone, Kral will have to fight the same Soucek and Declan Rice - one of the best England footballers at the last Euro. At the same time, he can be hindered from positioning higher both by a lack of executive skill, and by the presence of the same Vlasic, Pablo Fornals and Manuel Lancini. At the moment, Alex is seen rather as a substitute, which in the conditions of the Premier League is not so bad. Given the high intensity and the large number of official matches, the Czech will certainly have a chance to prove himself.