Perfect Hakizimana, from a refugee camp in Rwanda to the Tokyo Paralympic Games

A member of the Paralympic Refugee Team, Parfait Hakizimana competes in taekwondo events in Tokyo. Seriously wounded by gunshot at the age of 8 during an attack by armed men in Burund ... 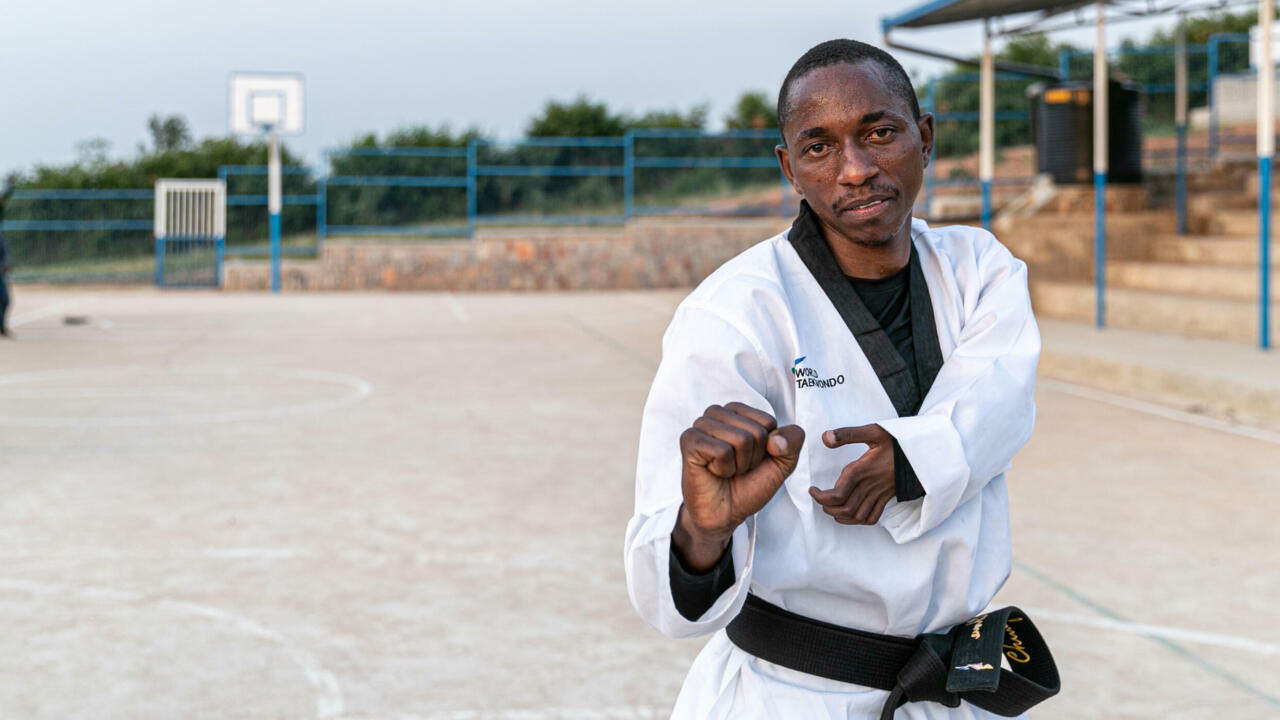 At the Tokyo Paralympic Games, Parfait Hakizimana has the distinction of being the only athlete to have come to Japan directly from a refugee camp.

This taekwondo champion lives in the Mahama camp, in eastern Rwanda, the largest in the country with about 46,000 people.

It was there that he arrived in 2015, fleeing the violence in Burundi, to rebuild himself after several personal tragedies.

"It's a protection for me"

Parfait Hakizimana was born 32 years ago in Musaga, a district of Bujumbura, the capital of Burundi. When he was only 8 years old, in the middle of a civil war, he found himself in the middle of an attack by armed men. His mother is killed and the young boy is seriously injured in the left arm. "It is the worst obstacle I have encountered in my life. I was heartbroken. It is an unforgettable day in my life," he told the United Nations Agency website. for refugees (UNHCR).

For two years, he was treated in a hospital, but his arm remained disabled. "In Africa the medical care is not good, my arm was badly affected and it took me a long time to heal," he told the official Paralympic Games website. The fate persists. Three years later, her father died in a motorcycle accident. At 11, Parfait Hakizimana found himself an orphan and disabled.

To overcome his loneliness and his physical difficulties, he took refuge in sport.

He discovered taekwondo at the age of 16 and quickly excelled.

He collects the rewards.

In two years, he received his black belt and even opened a club in Burundi.

"Sport especially helped me to overcome the pain I experienced in my childhood," he summarizes.

"It's a protection for me."

"Sport helps them forget their problems"

But in 2015, post-election violence in his country forced him to flee.

He took refuge in neighboring Rwanda, in the Mahama camp.

His passion for taekwondo does not leave him.

He recreates a club that attracts more than a hundred refugees.

“It's a big community, they're like my taekwondo family,” he describes.

"Refugees don't have a lot of things. But sport helps them forget their problems."

At the same time, Parfait Hakizimana continues his sports career.

In 2017, he participated in the African Para Taekwondo Championships, where he was eliminated in the quarterfinals.

Four years later, he was selected along with five other athletes to be part of the refugee team at the Tokyo Paralympic Games.

His coach, Zura Mushambokazi, salutes the determination of the man whose career has been strewn with pitfalls.

"He brings hope to others. He's always smiling now, because he found his family in sports. But at first it was not that easy," she said. told on the Paralympic Games website.

"After going through all of these difficulties, no matter what happens [in Tokyo], he has already won."

After fleeing Burundi, sport helped him to rebuild himself and leave traumatic experiences behind.

Today, he gives hope to other refugees in Mahama camp.

The taekwondo champion will enter the competition on Thursday.

Whatever the result, he knows he is already making a difference on a daily basis.

While waiting to one day be able to return to his country, he will find after the Games the members of his club in the Mahama camp, as well as his wife and his 18-month-old daughter.

He hopes that one day she follows in his footsteps and learns that "a refugee is a person like any other on this planet".

For this eternal optimist, "you have to be courageous and patient, good things will happen one day".