Paralympic Games 2021: the pride of Rwandan players in sitting volleyball

This Wednesday, September 1, the Rwandan women's sitting volleyball team played its last group match against China, losing 3 sets to 0. Against the Russian Paralympic Committee and the United States… 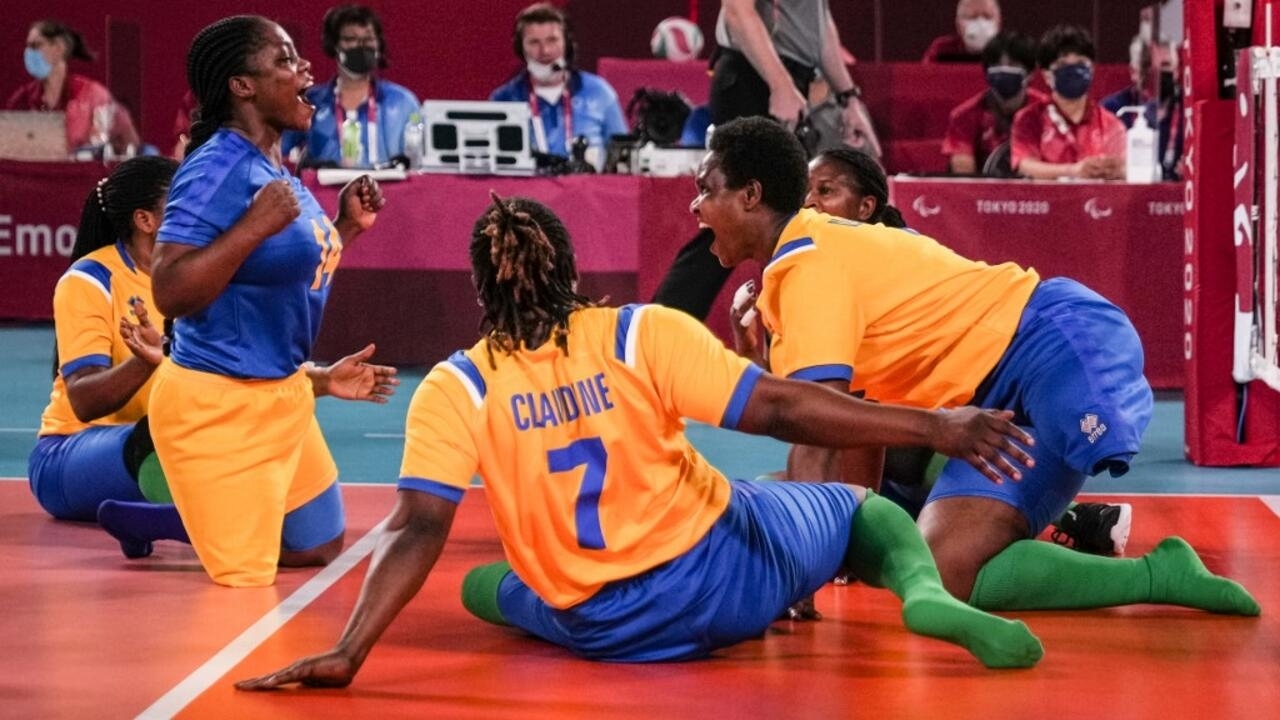 Paralympic Games 2021: the pride of Rwandan players in sitting volleyball

This Wednesday, September 1, the Rwandan women's sitting volleyball team played its last group match against China, losing 3 sets to 0. Against the Russian Paralympic Committee and the United States, they did not have either no longer had the opportunity to compete.

But this experience in Tokyo will stay in everyone's mind.

Today, it is the women, two reigning African champions, who represented the African continent in sitting volleyball, at the Makuhari-Messe convention center in Chiba, east of Tokyo.

The Rwandans had secured their place by winning the last African championships at home, in Kigali.

In Japan, the team unfortunately lost all their group matches: against the Russian Paralympic Committee, the United States and China. It's hard to compete with the reigning champions, the Americans, who won sitting volleyball for the first time at Rio 2016, beating the three-time Paralympic champion China in the final.

China is a great nation and it was difficult to get a victory. But we are happy to see that we are making progress and we will continue to be in Paris in 2024. This experience is precious for us,

”said player Carine Kwizera timidly. Enough to forget the grayness and the rain in the Japanese capital. Sitting volleyball has been featured at the Men's Paralympic Summer Games since the 1976 Games in Toronto, Canada. Women have only competed since 2004.

In Rwanda, women's sitting volleyball started around ten years ago with the establishment of a championship.

In Kigali, there are three clubs mainly supported by local authorities.

It is often thanks to the support of the government and the cities that the clubs manage to obtain subsidies.

We are currently working to find private sponsors,

Help people with disabilities to integrate into Rwandan society

For the sake of inclusion, sitting volleyball teams in Rwanda accept a person without a disability. “

In the current Rwanda team, an athlete was amputated after being shot during the genocide.

Others were not well treated medically after an injury that eventually escalated.

Sometimes, in a poor family, we imagine that it is benign.

Finally, we find ourselves in the obligation to amputate

Another meeting before leaving Japan

In the United Kingdom, eleven men had shown the world that sport can erase differences. The members of the sitting volleyball team from this East African country had written one of the highlights of the London 2012 Paralympic Games. Composed of two Hutu and Tutsi amputee athletes, the Rwandan team had become the first sitting volleyball team from sub-Saharan Africa to qualify for the Paralympics.

In sitting volleyball, a match is played six against six in the best of five sets.

To win it, you have to reach 25 points, and 15 in the fifth round, with two points difference.

The rules are much the same as for valid volleyball, but the court is smaller and the net lower.

In sitting volleyball, it is possible to counter the service, which is not the case in valid volleyball.

To move, athletes must slide without leaving their seated position, and are required to maintain contact with the ground.

Rwandan players have one classification match left before leaving Japan.