Lindelöf about the competition in United: "Only positive"

Victor Nilsson Lindelöf has got new competition in Manchester United. The club recruited world defender Raphael Varane this summer. - It will only develop us, says Lindelöf at Sweden's press conference before the Spain match. 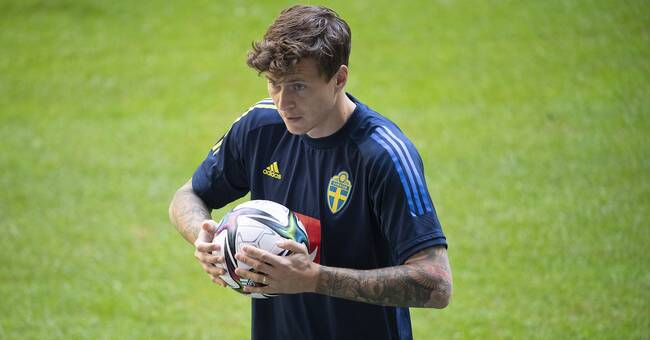 Manchester United have opened their wallets during this summer's transfer window.

In addition to star names such as Cristiano Ronaldo and Jadon Sancho, the club has also brought in midfielder Raphael Varane from Real Madrid.

-I play in one of the world's biggest clubs.

It will always be a competitive situation.

I just see it as positive that we get a good player for the club, says Lindelöf

The Swede formed a center-back pair with Harry Maguire in the two opening Premier League matches.

But in the latest he had to watch from the side when Varane made his debut alongside the Englishman.

But perhaps the situation offers an opportunity for Lindelöf to get some relief after being matched tough last season.

-I have played a lot the last two years.

I had a big back problem last year and played with pain.

I do not think I will play 50-60 matches this season, says Lindelöf.

New captain in the national team

When the national team has now reunited after the European Championships, the 27-year-old does so in a new role.

Tomorrow, Thursday, he will make his debut as the blue and yellow team captain against Spain in the World Cup qualifiers.

- I know that Janne wants me to take more responsibility.

He called me and told me what he expected from me.

I was very happy, it is a great honor.

I will do my best so that all the boys and Janne are satisfied, says Lindelöf.