Get days of preparation for the Spain match. Then Janne Andersson had to make a change in the training schedule. - Normally, we mix a lot in the training, says the national team captain at Wednesday's press conference. 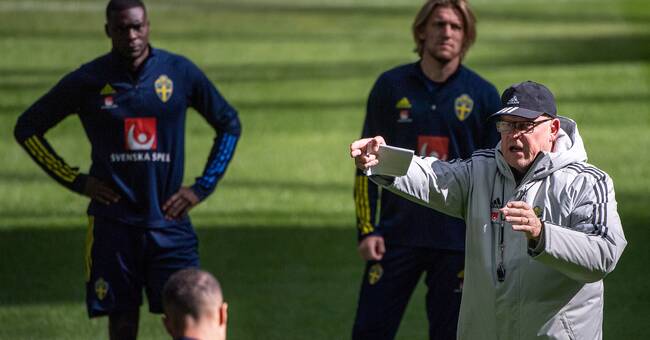 Janne Andersson has already decided who he wants to start with in the World Cup qualifier against Spain on Thursday.

- I'm done with the starting eleven.

The players will get it tonight, says Janne Andersson at the press conference.

One difference in the recharging for the Swedish national team is that they only got two days before the match against Spain.

And in addition, several leading players have left the national team as is well known.

Therefore, Janne Andersson has made a change in the training approach.

Instead of mixing the teams in the training sessions (which have been closed to the media), the national team captain has chosen to play an "eleven".

That's the difference we made this time.

- We have some ideas that I talked to the players about.

Tactically, we are not going to invent anything completely new now in two days.

what we do has basically worked in a sensible way.