He is currently taking over after Crespi: "We have had contact"

Marco Crespi is replaced. Then Kevin Taylor Lundgren is among the current ones who can take over. - We have had contact, and I think I am on a list of current names, says Taylor to SVT Sport. 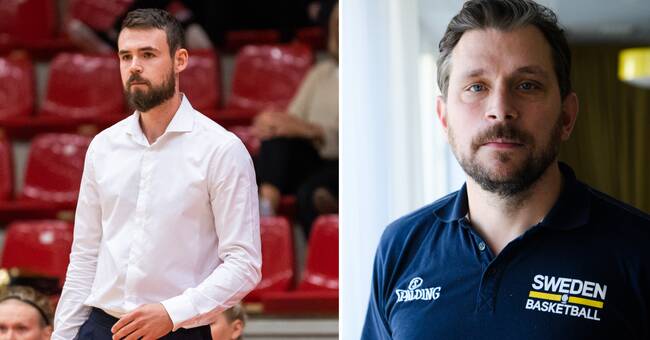 In connection with Sweden leaving the European Championships, Marco Crespi announced that he was leaving as the national team captain.

And now it is urgent for the union.

Already in November, it's time for the European Championship qualifiers and the Swedish basketball ladies are without a coach.

According to Fredrik Joulamo, the work is in full swing and there are several that are relevant.

- There are no inquiries on the table, but hopefully it will happen soon, he says.

- We have talked to many coaches both within and outside the country about how they view our thoughts and a future national team organization.

Kevin is one of them.

One of the current names is Kevin Taylor Lundgren, who was named basketball coach of the year.

Joulamo believes that Lundgren is a skilled coach who has done well in the clubs he has been to and that he is at the forefront of the coaches in Sweden.

- For me, it is obvious that in the circle of coaches who may be eligible for national team assignments at some level, he is definitely a name.

At the moment, however, there are no concrete proposals on the table.

- We have had contact and I think I am on a list where people can be relevant, says Taylor Lundgren to SVT Sport and continues:

- But I do not have the concrete.

I think they have a number of names that they go through.

Taylor Lundgren believes, however, that he would not hesitate to participate if the question came up.

- There is nothing bigger than representing Sweden and our national teams. I hope I get to join and that my name is interesting enough, he concludes.