An insurmountable barrier: the Russian women's volleyball team lost to Italy in the quarterfinals of Euro 2021

The Russian women's volleyball team completed their performance at the European Championship, which started one and a half weeks after the Tokyo Olympics. Sergio Buzato's wards in the renewed squad reached the playoffs from second place in the group and reached the quarterfinals, where they suffered a painful defeat from Italy - 0: 3. The domestic team has not been able to get into the top four at a major tournament for six years. 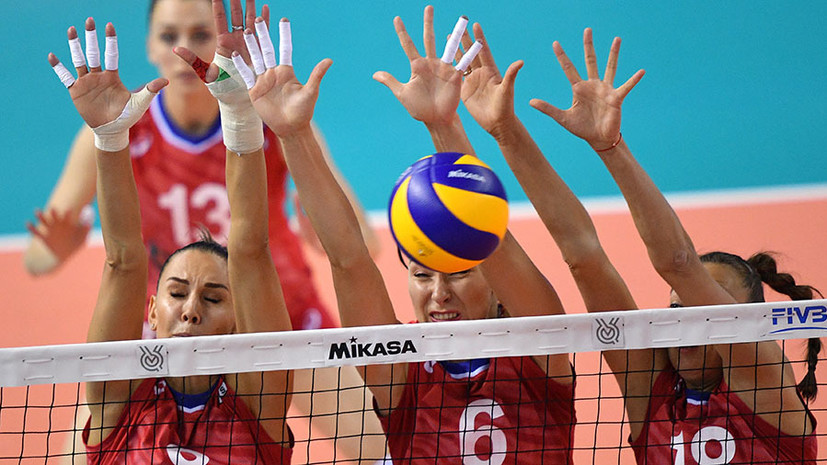 The season in international volleyball has been incredibly busy due to the coronavirus pandemic. Just ten days after the Olympic volleyball competitions ended in Tokyo, the 32nd European Women's Championship kicked off in Serbia, Bulgaria, Croatia and Romania. Such a short interval between the two tournaments can hardly be considered normal, but the organizers simply did not have a choice - next year will be occupied by the championship of the planet, and neither the athletes nor the fans would like to cancel the European Championship.

The Russian national team turned out to be one of four teams that, at the beginning of August, fought for Olympic medals, and now had to go back to the site and show their skills. Head coach Sergio Buzato decided that the leaders of the team did not need to take part in such a grueling marathon, and totally rejuvenated the squad. Such important players as Natalia Goncharova, Irina Fetisova, Irina Koroleva went to rest, and they were replaced by completely new athletes who did not get their chance in the Olympic season.

For this updated command, the result faded into the background. But still, this did not mean that the Russians could not stay longer at the tournament. To begin with, Busato's wards had to overcome the group stage, where the main danger was represented only by the bronze medalists of the Olympics from Serbia. Even this young squad, led by 17-year-old Arina Fedorovtseva, had to fight with the rest of the teams.

The Russian national team began the tournament with victories over France (3: 1) and Azerbaijan (3: 0), and the result of the second match could be called a defeat - in it the Russians did not give their rivals more than 17 points per game.

Fedorovtseva fully met the expectations placed on her and scored 39 points in two games, while filing 13 aces.

But the team clearly had problems with reception, and in addition, at the very start of the tournament, the blocker Yulia Brovina was injured - with this position the team experienced an acute deficit.

It was no longer possible to win the next match with Belgium in the class, although the Russians were close to this.

They won the first set with a score of 31:29, took the second, were leading in the third with a difference of four points, but in the end they were defeated (2: 3), from which neither Fedorovtseva's performance nor Anna Lazareva and Ksenia Smirnova played out.

This was followed by another loss, but more worthy. In a meeting with Serbia in Belgrade, the Russians managed to recoup from the score 0: 2 in sets and transfer the game to a tie-break - before that, the hosts of the site did not give their opponents a single game in the tournament. In the fifth set, Buzato's wards still lost, but in the end of this match, Brovina, who returned to service, was pleased with the return, who scored three points on the block. The group stage ended with a confident victory over Bosnia and Herzegovina (3: 0), after which the Russian national team even became the second in the group.

The playoffs for the Russian national team began with a match with Belarus, which was very much in the mood for the match. The Belarusians not only led the first game for a long time, but also earned a set point. The Russians had as many as 11 unforced errors, but by some miracle they saved this set, and then won the next one, too, setting up a chase for their rivals. For the third time, this number did not pass - the Belarusian volleyball players nevertheless reduced the gap. The fourth game was as tense as all the others, only in it there was a place for the heroic deeds of Irina Kapustina. Her brilliant play both in reception and in attack helped the national team reach the quarterfinals.

For many years now, this stage has become an insurmountable barrier for Russian women, no matter what kind of tournament we are talking about.

The last time it was possible to make it to the semifinals of the Olympics, world or European championships was six years ago at the continental championship.

To interrupt this black streak, it was necessary to beat the Italian national team, which practically retained its composition after returning from Tokyo.

The starting set gave some hope that the Russians would take revenge for their defeat at the Olympics.

After the first technical time-out, Fedorovtseva managed to increase the advantage twice to three points, but then mistakes allowed the Italians to win back, and then immediately create a four-point gap.

At the end of the game, the efforts of the same 17-year-old volleyball player managed to close the gap, but the Italian team brought the game to victory.

What happened next defies explanation. With the score 3: 3, the Russians seemed to have disappeared from the site and gave 13 points in a row. The mistakes were so varied that Buzato's charges were punished even for an incorrect alignment. The set ended with a humiliating score of 25: 8 in favor of Italy, after which there could be no talk of a fight for a ticket to the semifinals. The coach tried to save the game with numerous substitutions, but they did not help. The girls left the bench already shocked by what was happening and won only seven points more than in the previous set.

Now Russian fans will have to worry about the men's team, which starts on September 2 at the European Championships in Poland, the Czech Republic, Estonia and Finland. Tuomas Sammelvuo's team will have much fewer changes compared to the Tokyo Olympics - from the silver squad, only Maxim Mikhailov, Viktor Poletaev and Denis Bogdan will not be. The Russians will start the tournament with a match against Turkey.