If there is a summer queen of roller skis, her name is Emma Ribom. She won everything in Trollhättan: 15 km, the sprint and today's long distance over 48 km, where she also took home both sprint prizes. 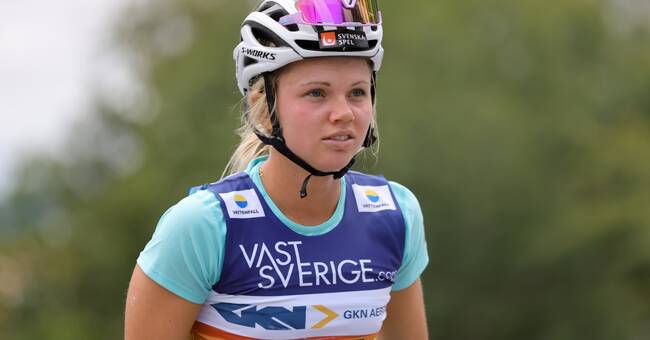 - I do not know what happens but I am strong and then it is sick fun to ski.

I was happy for every kilometer I could hang on, it was the distance of the long-distance girls, and tried to put the stakes on the race, says Ribom who won on 2.08.45.5 to TV4.

They went the same course as the men but started ten minutes later.

Five riders were gathered on the narrow cycle paths towards the finish.

Long-distance queen Lina Korsgren laid out the first card but Ribom answered and drilled on in the lead, where long-distance bettor Hanna Falk followed quite easily.

Falk then went out and looked to be able to get past but then Ribom answered and held off with a margin of 0.2 seconds.

Falk: "Satisfied even if it was a second place"

- I felt strong all day and am happy with the day even if it was a second place, says Falk who got a pole longed by the long-distance giant Britta Johansson-Norgren now in the same team "Lager 157".

- It was a team effort by her.

She had her day ruined, says Falk about the incident.

Even though the big slam in Trollhättan inspires respect, Ribom keeps his head cool for the upcoming Olympic season.

- It is important to stay calm and there are many months left until the start of the season, says Ribom who will celebrate in the car during the long journey home to Östersund.