The challenge of being a beach soccer player: several leagues in a year and combining two jobs

Train five days a week and compete in several world leagues in the same campaign. This is the requirement that professional beach soccer requires, however, being in ... 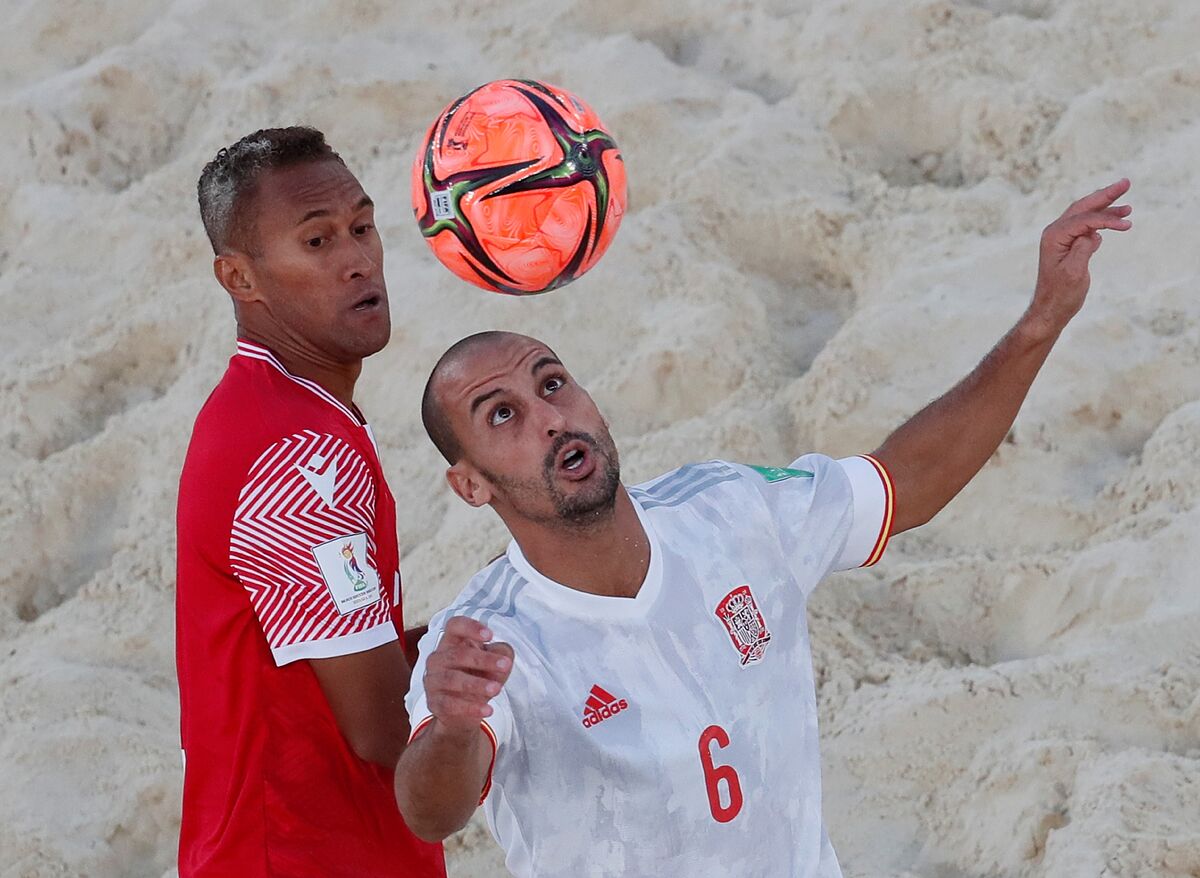 Train five days a week and compete in several world leagues in the same campaign.

This is the requirement that professional beach soccer requires, however, being at the top of this sport does not guarantee that you will be able to make a living from it.

Both players are playing in the beach soccer World Cup with the Spanish team, which this Monday will play the quarterfinals against the United Arab Emirates (4.30pm, GolTV).

Both compete in two of the best clubs in the Spanish beach soccer league.

Cintas plays for Melilla, champion of the National League, and Llorenç for San Francisco, champion of the Cup. They play at the highest level, however, this sport does not give them enough financial stability to dedicate themselves exclusively to it.

Llorenç was the best player in the world in 2018 and he has looked for another job with which he can combine beach soccer: "Practically all players have an alternative plan, one season is not enough to live throughout the year. I did not have until now, but I have just signed for the San Francisco de Mallorca club and I will be with the lower categories as methodological director, helping them to grow ". In the case of Cintas, he is a military man and works in Melilla while he plays for the team in this city: "I am combining it to be able to train all year round, in the barracks they give me many facilities and this allows me to be a military man and a footballer."

Both believe that it is not only necessary to combine this sport with other jobs, but within beach soccer to compete in different leagues in the same season to sustain themselves financially. "If you want to live on beach soccer you have to combine two or three leagues. This year, for example, this has not been possible because almost all have been played on the same dates, because having in the same year World Cup and Qualifier have been grouped and competitions have coincided, "explains Cintas. Llorenç joins his partner and acknowledges that there is no stability in this sport: "I have not had an alternative job up to now, but there have been years that in 365 days I have been 280 playing in 15 different countries, side by side. "

Despite all these difficulties, both agree that for two or three years, clubs have been investing more and more, and players are beginning to be paid since previously in the Spanish league they had not been charged.

"The league is gaining strength, clubs that are not in the top have brought foreign players from Europe and South America and this makes it more level," explains Cintas.

"There is much to do"

It is a sport that is on the rise, more and more professional contracts are being made and there is a commitment to competitiveness: "You will no longer see a 46-year-old player who does not take care of his diet, if not a young one that he trains a lot and is a missile while playing, "Llorenç clarifies.

The situation in Spain contrasts with that of other countries such as Brazil and Portugal, except for Porto, almost all the important clubs have a section. Both Llorenç and Cintas agree that the level of image and the possibility of broadcasting matches for big clubs is everything: "Little by little, important clubs have to go betting on beach soccer, like Levante, Malaga, San Francisco. He is improving, but there is still a lot to do ".

Now, everything is at stake in the Moscow World Cup with the national team. After winning the Qualifier in Europe, they are clear about what the goal is: "We are here to be champions, but the luck component is also important," both point out. However, the defeat against Haiti in the second group stage match complicates Spain's qualification to the quarterfinals, which is at stake this Monday against the United Arab Emirates. Both players agree that it would be "a failure to fall in the group stage."

To get to play this championship they have dedicated many hours of effort, to the point of having an application that tracks physical exercise in order for the federation to see the constancy: "We have more and more concentrations, it is intended that we be professionals, taking diets and being physically at the maximum, there has been a great step from the federation ", explains the Melilla.

The players dedicate many hours, despite having an alternative job, in order to be more competitive.

Tokyo GamesAdriana Cerezo: the movies of Jackie Chan, grandfather's secret and a hiatus due to anxiety

Tokyo OlympicsThe Iranian 'terrorist' Foroughi's gold medal: "How can he finish first in a Games?"