The ski legend: "Umeå is a fantastic sports city"

Umeå is Sweden's best sports city in 2021 - and a well-known person in the city got to lift the dent. Toini Rönnlund, double Olympic gold medalist in Grenoble in 1968 and Umeåbo since 1970. - Umeå is a fantastic sports city, says Toini Rönnlund in SVT's broadcast. 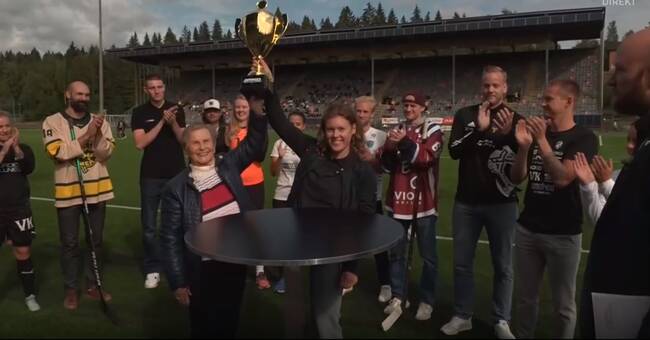 Umeå received the most jury points and receives for the second year in a row, and for the third time in four years, the award Sweden's best sports city.

The award was presented during the break of the Elite match between Umeå IK and Alingsås.

Several of the city's sports stars were present in connection with the award.

- I am fantastically proud to be a part of this sports community.

I am very grateful to be able to live here again, says Daniel Rahimi, who moved back to Umeå in 2020.

In the end, Toini Rönnlund and the others had to lift the dent.

- It feels wonderful and wonderful, it will be like old memories come back and to nowadays get such a nice trophy to Umeå, says Toini Rönnlund.