Max Novak won the roller ski race in Norway. Among favorites such as Johannes Hösflot Kläbo and Erik Valnes, it was the Swede who took home the victory in the long run. - It is magical, he says to NRK. 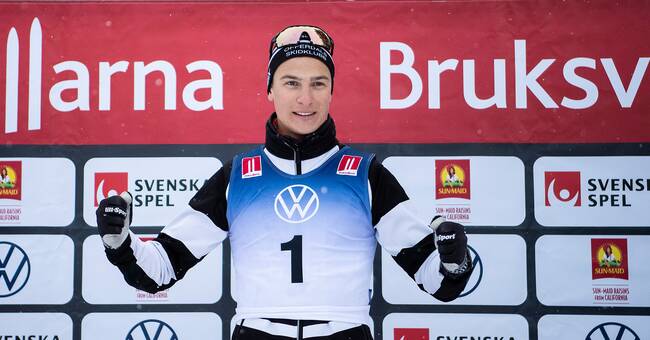 The Swede Max Novak cracked one by one in the 55 kilometer long roller ski race in Norway.

After driving in a larger cluster, it was finally four skiers who broke free and made up.

In the end, Novak was able to jerk and crossed the finish line as the winner.

- It felt so easy to join and then when we got a gap in the sprint I joined and thought "now I'm stupid, it will never work".

Everyone said they were a minute behind and I did not believe it.

Then we started going for it and got rid of some who did not help, says Max Novak to NRK.

What a folk festival.

I know I'm in good shape so I had a little hope.

But that I would win, I did not dare to believe.

Favorites such as Johannes Hösflot Kläbo, Erik Valnes and Martin Johnsrud Sundby drove in a larger group about a minute behind the winner.

However, Kläbo showed off his sprint characteristics and took home the sprint victory of 17 kilometers.

Petter Northug made a comeback in a competition context.

He was in goal just over 10 minutes after Novak.