Messi can make his debut against Brest

Leo Messi is getting closer to a debut for the new club Paris Saint-Germain. Already in Friday night's away match with Brest, the former Barcelona star can be in the PSG squad. 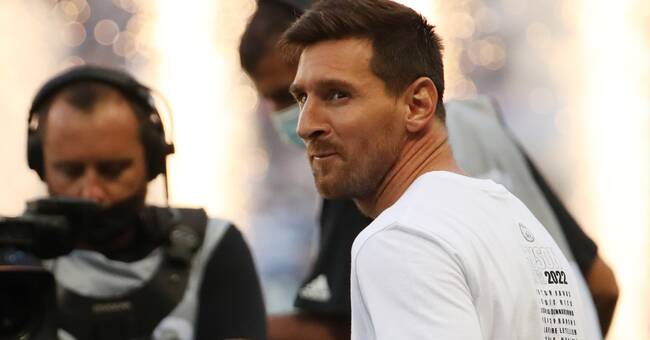 - We have not made a decision about the squad yet and we will evaluate whether Messi can be involved, says coach Mauricio Pochettino at a press conference.

The atmosphere in the squad is good and he has made himself at home quickly.

The six-time Ballon d'Or winner Messi took the step from Barcelona earlier this summer after 21 years, where he won the league ten times and the Champions League four times.

However, due to the Catalans' economic crisis, La Liga put an end to an extension of Messi's contract.

In last weekend's 4-2 victory at home against Strasbourg, he was presented to the PSG supporters.

However, Messi arrived in Paris a little rusty after not training for a month, since he was involved in winning the Copa América this summer.

But on Friday, he can thus make his first professional football minutes for a team other than Barcelona.

PSG, who were sniffed at the league title by Lille last season, have started the Ligue 1 season with two straight victories.

Now the Argentine superstar can make his debut in his new club after moving from Barcelona.