With the arrival of Lionel Messi, Paris seems satisfied in terms of transfers. But a final blow to the midfield market cannot be ruled out. All with the desire to preserve ... 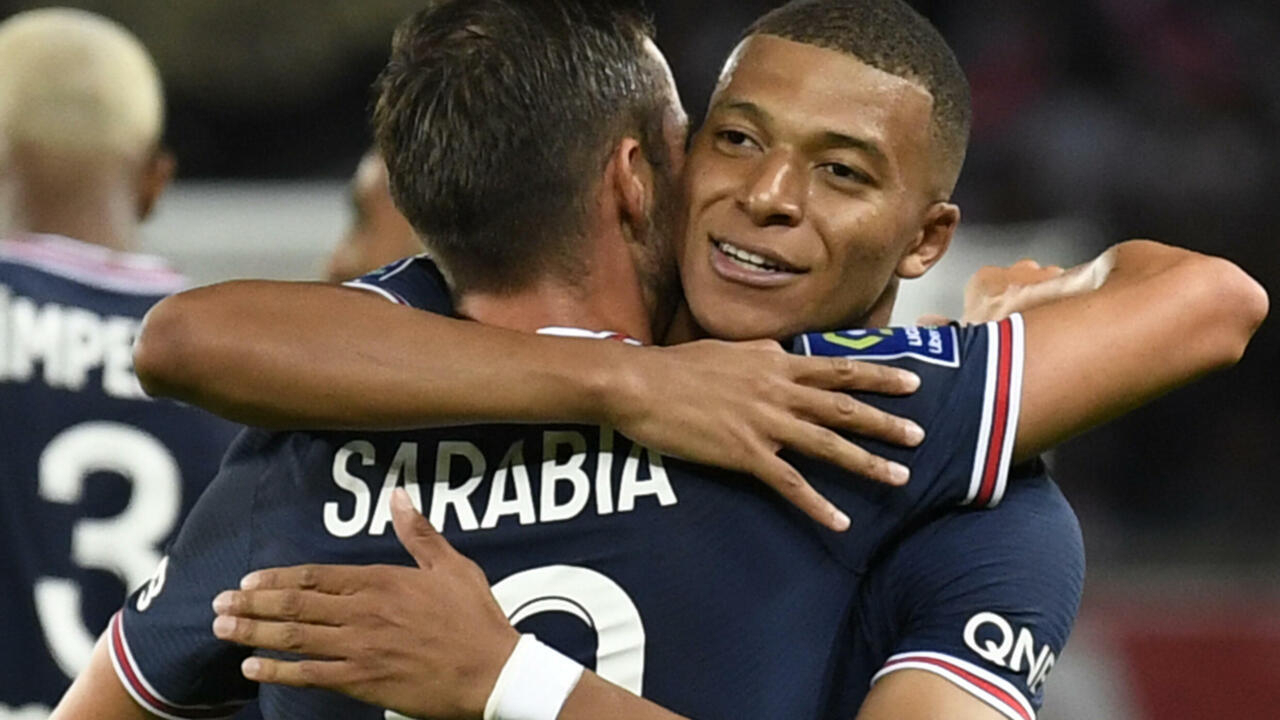 Georginio Wijnaldum, Achraf Hakimi, Sergio Ramos, Gianluigi Donnarumma and Lionel Messi… The transfer window achieved so far by PSG is probably the most exceptional in the history of the club and probably that of football.

However, the French club could not stop there and continue to "dream bigger".

Asked by L'Équipe shortly after the presentation of Lionel Messi, the president of PSG, Nasser al-Khelaïfi, openly declared: "If our transfer window is now closed? I do not know. We will see."

According to the French daily, PSG still wants to strengthen its midfielder, with a defensive profile capable of evolving within a double pivot.

It was also the main objective of the club before this crazy transfer window, made up - with the exception of Hakimi - of players who arrived free.

During this crazy transfer window of PSG, the Parisians will have bought only Achraf Hakimi.

For several seasons, PSG have been eyeing French international Paul Pogba. The latter is at the end of his contract at Manchester and has still not confirmed that he wants to renew his contract. To avoid letting go, without receiving transfer fees, an item purchased from Juventus Turin 110 million euros, the management of Mancun could be tempted to sell "the Pick" from this summer, despite its excellent performance at the start of season.

On the Paris side, we refuse to panic.

According to the information of the British newspaper The Independent, the club of the capital prefers to wait until the summer of 2022 to try to finalize the arrival of the French international.

The player will therefore be free to engage where he wishes and PSG are considering “a better contract” than Real Madrid, its main competitor on the record.

However, in the event of a rushed departure, Paris would also be willing to pounce to make an offer to Manchester United.

Eduardo Camavinga sold off by Rennes

Rennes prodigy Eduardo Camavinga is also on the club's shelves. His technical profile, his position in the field and his youth tick all the boxes in Paris. Like Pogba, he only has one year of contract at Stade Rennais. If the club dreams of snatching an extension from him, he seems rather inclined to wait to go free.

Great revelation of Ligue 1 a year and a half ago, "Cama" was notably announced in the sights of Real Madrid and it was said that the SRFC was waiting for an offer of nearly 100 million euros.

At the end of last season, thanks to a decline in form and a market complicated by the impact of Covid-19 on clubs, the player's starting price had already fallen to 50 million.

Rennes would now be ready to sell off 30 million to be sure of receiving a transfer fee on this jewel of its training center.

An amount that seems to be a trifle for PSG and its Qatari owners and which could be further lowered with one of the players that Paris wishes to sell.

However, PSG has a clear line of conduct by the end of the transfer window which will end at midnight on August 31: new arrivals appear to be conditioned on possible departures.

The sporting director Leonardo seeks to downsize his workforce and to get rid of large salaries that have become undesirable: Sergio Rico, Thilo Kehrer, Layvin Kurzawa, Idrissa Gueye, Rafinha, Julian Draxler, Pablo Sarabia or even Mauro Icardi are pushed towards the exit.

The question now is whether they will leave by the end of the transfer window.

However, sales are slow to materialize.

Thilo Kherer, approached by Bayer Leverkusen, refused the offer, wishing to play in the Champions League.

It is now Bayern Munich which expresses its interest to replace Benjamin Pavard, currently in the infirmary (sprained ankle).

PSG bought the German side three years ago for 37 million and hopes, in the absence of capital gain, to limit the losses on its sale.

Another eternal "given starting" at each transfer window, Layvin Kurzawa was announced this time on the side of Lyon.

However, history has started to repeat itself since the salary claimed by the former Monegasque would be too high for OL.

It is once again left to stay while PSG hoped to draw some cash and reduce its payroll.

Indeed, PSG is carefully watching the entry into force of the new DNCG regulations, which stipulate that the payroll must not exceed 70% of the club's income, postponed to the 2023/2024 season.

In the meantime, the PSG can still not do anything since its payroll already represents almost 100% of its income.

Paris aims to balance its accounts and the team ensures that the club aims to sell for 180 million.

The easiest way to do this would probably be to sell Kylian Mbappé.

However, the capital club absolutely wants to keep its Ile-de-France gem to place it at the heart of a dream attack trident: Messi / Neymar / Mbappé.

However, the Frenchman is marinating the club with a view to an extension.

However, time is running out: without a new contract, Mbappé will be able to leave France for free in June, and even formalize his engagement with a future club from January 1, 2022.

During the press conference, PSG president Nasser Al-Khelaïfi sent a message to his star, who arrived in 2017, who made it clear that he wanted the club to give itself the means to win the Champions League. : "Kylian is Parisian, very competitive. He said he wanted a competitive team, now there is no more competitive (than PSG). He has no excuse to do something else (what to stay) ", launched the boss of the Parisian club.

• Real do not go to Mbappé

• Kroos: "Maybe a PSG player will join us" pic.twitter.com/QfIRHjTI4b

Since the contrary signals are multiplying, the native of Bondy took his time to greet the arrival of Messi, but would have recently assured his teammates that he would remain at least this season.

However, Madrid midfielder Toni Kroos reignited speculation with a statement in Marca: "After Messi leaves PSG, maybe a PSG player will join us. I don't know," he said. -he.

After missing the boat in 2017, when the former Monegasque preferred to join PSG, the Spanish club has never stopped watching a player who has become over time its No. 1 target. According to the Team, the club Florentino Perez would be ready to ask 150 million at the end of August to afford the services of Mbappé.

In case of refusal, he would lay the groundwork for a free arrival next year when Kylian Mbappé will be free.

PSG could therefore be caught in the same game as it plays for Pogba and Camavinga.