Gold cities make it into the top ten

Basketball's two gold cities Luleå and Norrköping make it into the top 10 when the countdown of Sweden's best sports city in 2021 continues. Falun, where the floorball masters took a new gold, is also in the top 10 for the second year in a row. 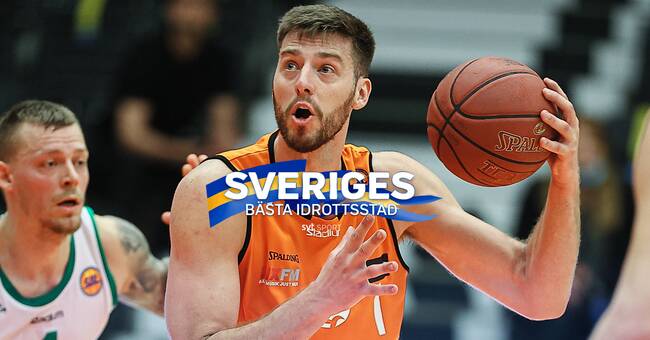 Norrköping is really climbing on this year's ranking.

After the football gold in 2015 when the city was ranked seventh, the rankings have been between 17-23.

But this year it was ranked highest of all by jury member Amanda Zaza and a total of 126 jury points was enough for a ninth place, the city second best since the start in 2011.

- I have chosen Norrköping as there is a breadth of elite investment in everything from equestrian sports to rugby.

What was overwhelming for me was the fact that they have performed in many different sports, most recently with Swedish Championship gold in basketball, Zaza motivated.

Falun rises to the top 10 list for the second year in a row.

Maja Dahlqvist and Oskars Svensson's length successes and the floorball masters' sixth gold since 2013 stand out.

- A city that has athletes at an international level in many different sports and during the year won both Swedish Championship gold and World Cup gold.

In addition, one of the few cities that hosted a major event in these times, the viewing jury Moa Carlryd justified her choice Falun.

Luleå is a in this context narrow sports city where really only ice hockey and basketball are at the highest level, the women's team won both Swedish Championship gold this season.

- Luleå is really at the forefront of equal sports and it shows their women's elite team. Gold in both basketball and hockey. The medals and achievements speak for themselves. As a woman, there is no other one for me to choose, motivated Amelia Mauritzon, an everyday sports journalist at the Gävle newspapers.