An outdated approach: why low intensity levels can be the reason for RPL team failures in Europe

The Russian Premier League took 19th place in the rating of the intensity of the game, compiled by the International Center for Sports Research. According to analysts' conclusions, in the Russian championship, on average, footballers run at high speed a smaller share of the total distance than their counterparts not only in the Premier League, Example and Serie A, but also in a number of less powerful leagues - Polish, Czech, Swiss and others. Why the indicator partly explains the failures of domestic teams in Europe - in the material RT. 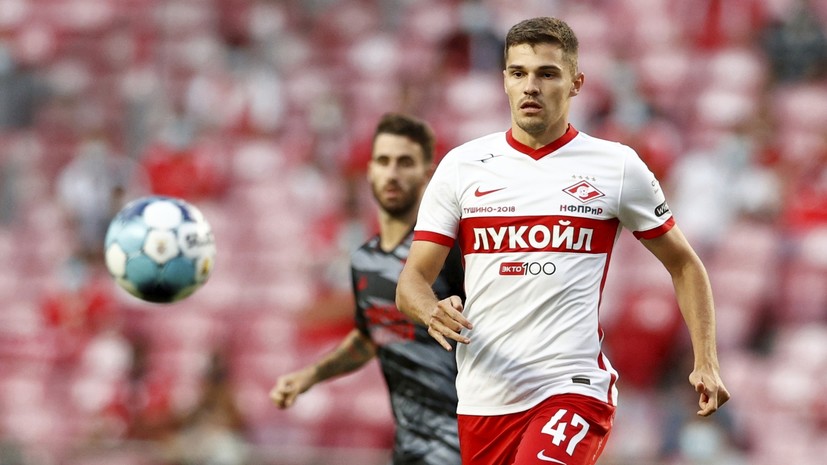 Over the past years, the topic of low intensity has been repeatedly raised when discussing the unsatisfactory results of Russian club teams and the national team on the international arena. And thanks to the International Center for Sports Research, documentary evidence has emerged that these claims were indeed justified. Recently, the CIES published a report and according to it, the RPL is not even included in the top 15 championships in distance covered at high speed.

First, you need to understand how exactly the research data was produced and what they reflect. Analysts calculated the average distance that footballers cover in 90 minutes in 28 national European and world championships. And if most of the leagues were represented only by the top division, then England, Italy, Spain, Germany and France - two. After that, they separately identified the segments covered by the athletes at high speed (over 19.8 km / h) and determined what percentage of the total distance they covered.

It cannot be said that the positions of the leaders in the ranking are capable of seriously surprising, but there are still some surprises. So, the first place is occupied by the English Premier League (7.82%), where the most intense and high-speed football is traditionally practiced. The Championship also lagged slightly behind - seventh place, and the top five also included the championships of Poland (7.81%), Spain (7.75%), Czech Republic (7.61) and Switzerland (7.60%). Surprise can be caused only by the low positions of the first and second Bundesliga - 15th and 16th (7.31% and 7.26%), and France - 22nd (7.08%).

As for the RPL, it is not far from Ligue 1 and took 19th place. On average, the players of the Russian championship covered only 7.15% of the distance covered with the help of jerks. This is less than the similar figure in the championships of Belgium, Ukraine, Turkey and Denmark - those countries that may soon become direct competitors in the struggle for a place in the top ten UEFA coefficient rankings.

The CIES also singled out the best and worst teams in each of the 28 leagues by this criterion. In Russia, Rostov is in the lead, which in recent years was headed by the current head coach of the national team Valery Karpin (7.80%), and the worst performance is in Rotor (6.48%). Unfortunately, such a sample does not give a clear understanding of how much domestic teams are superior or lagging behind their competitors. For example, the same yellow-blues, although they occupy the 15th line, having the same indicators with the German Wolfsburg, but lose a lot to the leading Leeds. Marcelo Bielsa's players are an example of high-intensity football, which is confirmed by the numbers (9.63%).

Enough has been said about the low intensity of RPL matches in recent years.

The ex-mentor of the national team Stanislav Cherchesov has repeatedly spoken about this, and the physical training coach Vladimir Panikov called it one of the systemic problems of Russian football.

According to him, this has been laid in domestic players since childhood, because academies focus on strength, not speed and technique.

As a consequence, the players only indicate movements and are engaged in "empty running".

At the briefing following the meeting of the executive committee, he repeatedly mentioned this term in the context of both a possible expansion of the RPL and an increase in the entertainment of championship matches.

“If you watch our matches, many teams are defending with a low block, and the football player who has the ball has an eternity to make a decision - he can drink coffee and write“ War and Peace ”. This is football of the 2000s. In Europe, the player does not have a second to think. This is where the success of the leading national teams in the international arena lies, including in the last World Cup. We need to move in this direction, to catch up with competitors. What can the RFU do from this point of view? Just propose to revise the format so that there are more meetings with high intensity. We do not need RPL participants to limit themselves to the goal of scoring points. This will not help in any way in European competitions or the national team, ”said Dyukov.

Surely the head of the RFU made such conclusions not on the basis of his own fabrications, but on the basis of communication with leading Russian football experts. And it's hard to argue with this fact. Most RPL matches really cannot boast of a high number of high-speed jerks, which may be due to several factors: both the use of a formation with a deep defense line, as Dyukov said, and an insufficient number of pressing actions. This is exactly what the assistant to the head coach of the Russian national team Nikolai Pisarev spoke about during Euro 2020.

“High pressure is one of the most important elements of modern football, but in Russia no one really uses it. Ideally, each player is in a specific zone and covers his opponent in a timely manner. And on a jerk, and not so that one ran, the second is on foot, and the third has completely forgotten. As a result, the first one wasted his energy, and failed to intercept the ball. That is why our teams have been performing so unsuccessfully in European competitions in recent years, ”Pisarev said.

The performances of Russian clubs in the international arena partly confirm these words. If defeats from conditional giants are still quite easy to explain by the difference in class, then failures in matches with teams of the level of Feyenoord, Wolfsberg and Basel are not. At the time of the meetings, CSKA and Krasnodar were hardly inferior to any of the competitors in terms of performers, but they looked pretty dull on the pitch. Particularly indicative in this regard are the games of the army team with the Austrian team, due to well-coordinated actions and high pressure, which leveled the colossal handicap in terms of skill. As a result, Ferdinand Feldhofer's charges took four points in the confrontation with the Muscovites.

“It is foolish to argue that the level of intensity in Russia is not the same as in Europe. This can be seen in the picture. It is difficult to assess specifically 19th place and say which group of championships we are in. But everything is logical. It is necessary to understand that this indicator directly depends on the construction of the game. In many foreign championships, they focus on attack, use high pressure - that's why the intensity is higher. Most of our teams think about defense. Failures of domestic clubs in European competition can be largely explained by this factor. The higher the intensity, the better the team plays, the longer it maintains a high pace, "said ex-CSKA football player Alexander Grishin to RT.

Nevertheless, an exceptionally large number of jerks is not able to ensure the success of the team if there is no organization of the game.

According to Grishin, in this case, excessive adventurousness can make the team unbalanced and vulnerable to attacks from the opponent.

He believes that this could in many ways be the problem of "Rostov" - the leader of the RPL in terms of the percentage of distance covered in snatch.

At the same time, there may be concerns about whether the Russian national team will face similar problems in the next matches of the qualifying tournament for the 2022 World Cup.

After all, it was Karpin who headed Rostov in the last four years and instilled in him a similar style.

Nevertheless, Grishin is optimistic about the mentor.

“I think everything will be fine. Valery Georgievich probably knows what to do. Personally, I am interested to see how the Russian national team will play with Croatia - what game plan Karpin will choose, what will be the level of intensity. We sometimes like to operate with numbers, come to the studio and say: "Look, we ran the most." But if you run the most, it means that you mostly defend yourself, ”Grishin added.

As for the way out of this situation and increasing the level of intensity in Russian football, it is difficult to name an unambiguous decision. According to Grishin, such principles of building a game should be laid in childhood, but this takes too much time. By this time, the gap between the RPL and the leading European championships is at risk of becoming even greater, and in conditions of a decrease in the level of funding and the inability to attract high-quality foreign players, its position in the international arena may noticeably sink.

However, overnight to force domestic teams to play more progressive and modern football seems to be an extremely difficult task. A possible solution would be to attract foreign coaches and consultants who are well acquainted with modern techniques and tactical innovations. So, in the past season, three of the four RPL leaders in terms of the number of pressure actions were headed by foreign experts - Domenico Tedesco (Spartak), Marko Nikolic (Lokomotiv) and Sandro Schwartz (Dynamo). Only Krasnodar managed to break into this four, ideologically betting on the attack.