The first professional match. Then Nico Ali Walsh, 21, defeated the grandson of Muhammad Ali, his opponent Jordan Weeks, 29, by knockout. - It has been an emotional journey, says Ali Walsh according to AP. 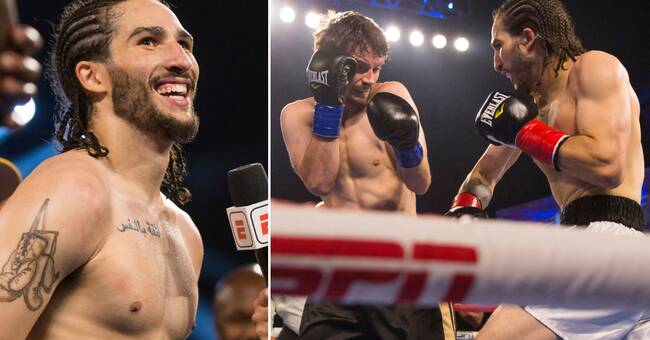 It was a successful professional debut in the middleweight class for Nico Ali Walsh during the night towards Sunday.

The 21-year-old, grandson of the legendary Muhammad Ali, knocked Jordan Weeks halfway into the first round.

The referee finally stopped the match when the time was 1.49 in the same round.

- It has been an emotional journey, this whole trip, says Ali Walsh according to AP and continues:

- My grandfather, I have thought about him so much.

During tonight's match, he showed evidence of speed and power in the battles.

Ali Walsh wore white shorts with black stripes, which he had previously received from his grandfather Muhammad, whose footsteps he now follows.

- I will never wear them again.

CLIP: Muhammad Ali's grandson makes his debut in the ring;

Muhammad Ali's grandson makes his debut in the ring: "I pass on the legacy from my grandfather" Photo: TT