In figure skating, speed skating and short track speed skating, the criteria for the admission of transgender athletes to competitions have been introduced. Those who have made the transition from male to female identity need to have a certain level of testosterone and are prohibited from going back for four years. At the same time, it is not necessary to carry out a sex change operation for competitions with girls. The International Skating Union (ISU) stated that in this way they want to protect the rights of women to fair competition. At the same time, there are practically no restrictions for those who decided to change their female identity to a male one. 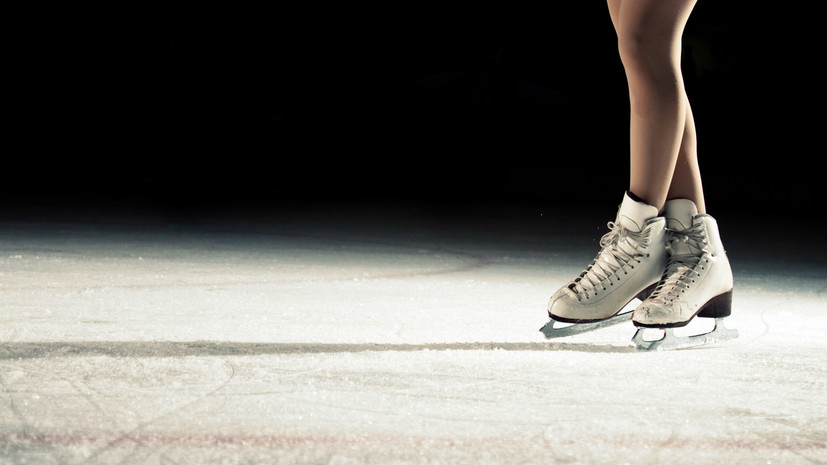 The International Skating Union (ISU) has developed rules that govern the participation of transgender people in competitions.

The new regulations determine under what conditions such athletes can compete in men's and women's figure skating, speed skating and short track speed skating.

The new rules introduce the concept of "transgender" - these are people whose gender identity differs from the one that was attributed to them from birth.

The published document specifically stipulates that transgender people do not have to be persons who have undergone medical intervention.

Athletes who have changed their gender from female to male can participate in men's competitions without any restrictions.

They only need to provide ISU with a written statement that they consider themselves to be men, after which they will receive a special certificate from the organization confirming the right to compete with men.

Those who change their gender from masculine to feminine have stricter eligibility criteria.

Firstly, such persons must also confirm their new identity in writing and will not be able to change it again within four years.

Second, a transgender athlete must demonstrate that her testosterone level did not exceed 5 nmol / L in the 12 months prior to the first competition.

In some cases, which will be dealt with separately, this period may be increased.

If these conditions are met, the ISU will also issue a certificate giving the right to compete with women.

Athletes will then still need to maintain testosterone levels of less than 5 nmol / L in the body.

If the concentration of the hormone is exceeded, then the skater or speed skater will not be able to compete for the next year.

ISU reserves the right to unscheduled testosterone testing of female athletes at any time and without notice.

The organization stressed that this policy is aimed at protecting women in sports.

The ISU has also encouraged national federations to develop their own rules for transgender people.

It is assumed that these requirements will apply not only at international competitions, but also at national ones.

However, at tournaments of an even lower level, some indulgences are possible, which each individual country considers reasonable.

The need to develop separate rules for transgender athletes is prompted by the recommendations of the International Olympic Committee (IOC), which back in 2015 developed general requirements that sports federations should be guided by.

In general, the ISU repeated the criteria voiced six years ago, but tightened the requirement regarding the level of testosterone - for the IOC it is enough that the athlete does not exceed 10 nmol / l.

The problem of the participation of transgender athletes in figure skating and speed skating can hardly be called as relevant as, for example, in athletics, where it has already led to various scandals and lawsuits. According to the Olympic champion in ice dancing Natalie Bestemyanova, the new rules will not affect figure skating competitions in any way and will not affect the interests of Russian athletes.

“I don’t think it will somehow affect the results of Russian girls. We saw the team competition in February, and there the girls rolled the boys. Maybe American transgender athletes will move from male to female, but they won't be technically strong. I have no idea how you can use the transition to improve your results. Strong skaters will not do this, and weak skaters will not jump as they should, it will not make them technically strong. I don't think that this will somehow affect the results in figure skating, in pairs there is no point in this at all. Of course, there will be no massive transitions from category to category, "Bestemyanova told the Championship.

Olympic champion in pair skating Maxim Trankov also reacted with restraint to the news that transgender athletes were eligible to participate in the competition.

He said that they would not get any advantage in figure skating.

“I am not familiar with transgender athletes in our sport.

If someone participates, nothing bad will happen.

At the Olympic Games, the transgender competed in barbell competitions, this did not give him any advantage.

I don't think it will have any effect on athletic performance.

I am calm about this decision.

I have neither joy nor indignation about this.

It’s like nature, I don’t think that the ISU’s decision can affect the nature, ”TASS quoted Trankova as saying.

At the same time, the famous ice dancing coach Alexander Zhulin expressed outrage that former men would soon be able to perform in women's competitions. He stated that he opposed such a possibility.

“They’re completely crazy. It's one thing to allow women to compete with men, for God's sake, let them ride, but I don't support going in the opposite direction. Now at the Olympic Games in Tokyo, a girl (Christine Mboma -

) ran 200 meters, as experts say, she became the second without equipment, and if the distance was another ten meters longer, then she would have won altogether. But she looks like a man. How can she compete for women? It just isn't fair. Imagine if the conditional Yuzuru Hanyu comes out to compete with the girls, what will happen? I am generally against ugliness, all this tolerance will soon lead us to one place. I understand that now a lot of criticism can pour out on me, but I can no longer look at everything that happens, ”Zhulin said.

The Mboma mentioned by him has an overestimated level of testosterone, which, according to the rules of the International Athletics Federation, makes it impossible for her to compete with women at distances from 400 meters to one mile. Because of this, she switched to running 200 meters, where she immediately became the silver medalist of the Olympic Games.