The strange case of Maverick Viñales: "His problem is his environment"

A MotoGP rider outside the circuit, watching the rest from behind a fence, with his empty garage and his bikes inside a truck: he has not been injured, he has not been ... 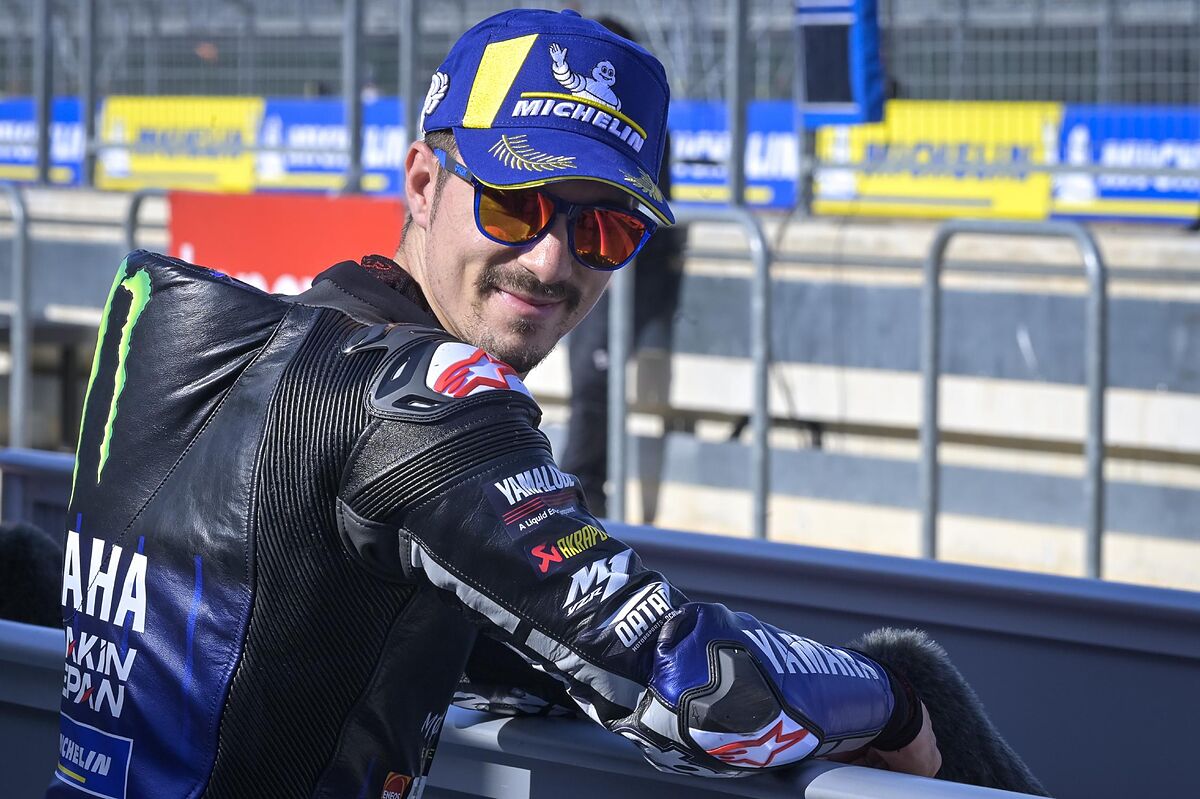 A MotoGP rider off the circuit, watching the rest from behind a fence, with his empty garage and his bikes inside a truck: he has not been injured, he has not been sanctioned, he is simply

in another episode of his strange career .

His team, Yamaha, separated him, accused him of sabotage, forced him to apologize and drew a black future: it was the end of a fall that began this April, although his motives came from before. Not surprisingly, Viñales, in celebration of his victory in the first race of the year in Qatar, left a strange message: "Do not get excited." Something was already wrong. According to Yamaha sources, the rider and the brand collided from the start of the preseason due to the development of the bike. Viñales, who had spent four seasons trying to impose his criteria in the Iwata factory over those of

, thought that after the Italian's departure he would be the leader and it was not.

, a newcomer to the official Yamaha team, was listened to as much or more.

And with the victories of the French, Viñales became more and more irritated.

"The performance of the bike is unacceptable," he criticized in the third race and would continue that way in the following months until he resigned his contract with Yamaha for 2022. He wanted to leave and he did, but there was still half a season left.

And so, last Thursday came the mess: Yamaha showed that Viñales had tried to break the engine in the last test and he, two days later, this Saturday, had to go out to apologize.

"I was frustrated," he claimed.

His gesture was a first step, but only with forgiveness will he resolve his future.

The problem of your environment

"Maverick has enormous talent, but it is very difficult for him to accept that his teammate wins races. When that happens, he becomes off-center and it is very difficult to work with him," a former Viñales teammate comments from the team in a vision shared by others paddock actors. They also point to a culprit: his father,

. In recent times, Viñales has changed several times of residence -Qatar, Andorra and again his town, Roses-, of representative, head of mechanics, psychologist, physical trainer and even assistant, since he stopped counting on Alex Salas, who had been with him for half his life. The result: a new environment with the central figure of his father.

"He has made the mistake of the scared of 2012. His environment has always been his problem," analyzes whoever worked with him with the memory of Viñales' difficult beginnings in his memory.

Already in his second season in the World Championship, in Moto3, the rider, dissatisfied with his team at the time, Avintia Racing, unilaterally decided not to race in Sepang and went home.

He came out of that for pure talent, winning the championship the following year with an inferior team, but this time it will be more raw.

He is no longer a 17-year-old kid doing a trick, he is now a 26-year-old father with many doubts.

A rare signing for Aprilia

In his first two seasons in MotoGP with Suzuki he was brilliant, he even achieved a victory, but in the five courses he accumulates with the official Yamaha he has not shone as expected. Called to be

, he only won in eight races, was never a contender for the title and, worst of all, he engaged in a continuous war with his own brand that ended in the worst of ways.

His future now passes through two very delicate points. The first, his goodbye with Yamaha, which can leave him without racing for the remainder of the season, can deny him part of his salary and can even take him to court. And the second, his signing for Aprilia to continue, in some way, in MotoGP. With

, an Oakley manager (precisely a Yamaha sponsor), as a new representative, he will have to negotiate with a factory that will hardly be able to give him what he wants. With the case of Andrea Iannone, whom they waited for despite his positive for steroids, Aprilia has already shown that it accepts talent despite the regrets, but Viñales will also be a long way from being able to compete for the World Cup.

A MotoGP rider outside the circuit, watching the rest from behind a fence, with his empty garage and his bikes inside a truck: he has not been injured, he has not been sanctioned, it is Maverick Viñales and his strange race.

Motorcycling 2021Viñales admits the error that expelled him from Yamaha: "I apologize, I was very frustrated"