In the video.. The Spanish League begins the era of heavy losses after the departure of Messi and the rebellion of Real Madrid and Barcelona

The new season of the Spanish Football League begins at the weekend, amid fog and ambiguity, and without the symbol of the competition, Lionel Messi. Real and Barcelona are also engaged in an open war against the president of the League and other clubs. 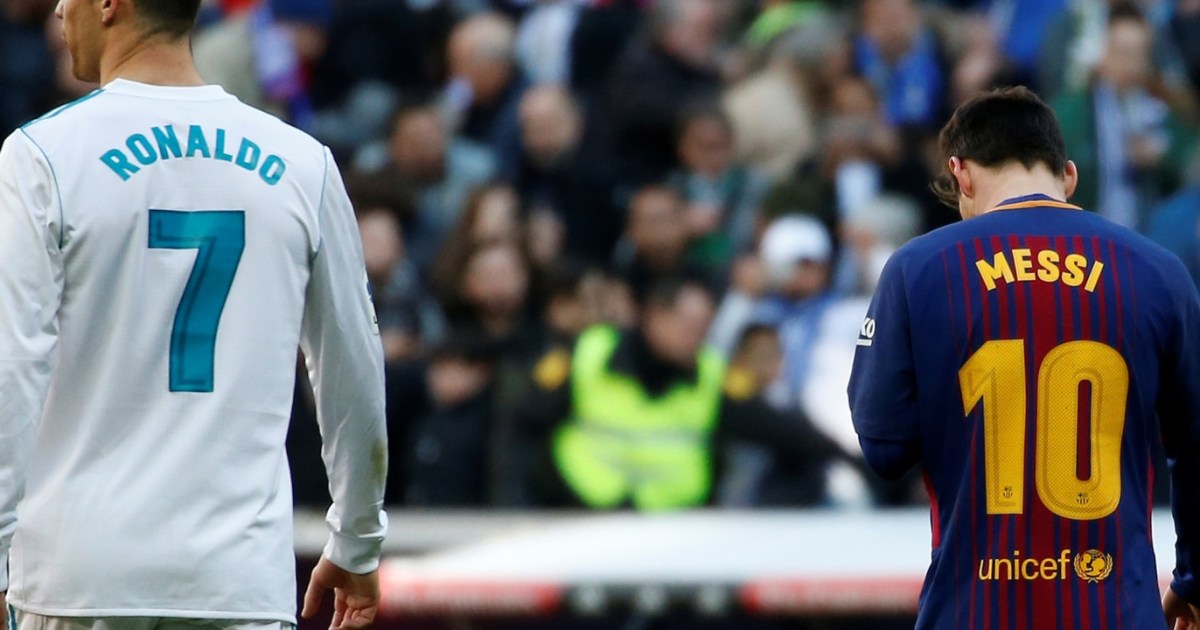 The new season of the Spanish Football League begins at the weekend, in the midst of fog and ambiguity and without the symbol of the competition, Lionel Messi, as Real Madrid and Barcelona are fighting an open war against the president of the League and other clubs.

The unexpected departure of Messi to Paris Saint-Germain left a huge hole in the Barcelona squad, as the Catalan club must look to its future without the historical scorer, the most participating player and the most crowned player.

We made history together.

His departure will also hurt the already dire financial situation, as the marketing consultancy Brand Finance said the club's value could drop by about 11%.

The status of the Spanish League, as one of the top competitions in the world, also suffered a blow.

It is expected that television rights will decline, and sponsorship contracts will decline in the future in the absence of the most famous player in the world.

This league was famous for the fierce competition between Messi and Cristiano Ronaldo for the title of best player in the world, and the Argentine player found weak competition after the transfer of his Portuguese counterpart from Real Madrid to Juventus in 2018.

These days have passed and will not return, Ronaldo scores and Messi responds, Messi scores and Ronaldo responds These days will remain in our memory forever 🧎🏻 ♂️🤍… pic.twitter.com/u1UuTnbLdW

Karim Benzema (Real), Luis Suarez (Atletico) and Antoine Griezmann (Barcelona) have become the most famous players in the league today, but none of them are close to the uproar that accompanies Messi and Ronaldo around the world.

Buckle up we'll be back on Friday 13th August

The Spanish League faces another problem after an agreement was announced with CVC for private equity to invest 2.7 billion euros in the competition, and some clubs celebrated the agreement, but Real and Barcelona rejected it.

Real announced that Javier Tebas, president of the Spanish League, and Javier de Jaime Guejarro, president of CVC, had been sued over the agreement, while Barcelona president Joan Laporta said he refused to accept it, and the Spanish Federation opposes this step.

The conflict over the agreement, which the League believes makes the competition more competitive and financially stable, is the latest link in the series of disputes between the League and the two largest clubs after the failure of Real and Barcelona's attempt to launch the European Super League.

The good news is that fans will return to the stands after the local authorities agree to reduced numbers.

Valencia will receive 15,000 fans when they face Getafe in the opening match on Friday, in the largest crowd attendance in Spain since the Corona epidemic disrupted the football world in March 2020.

Real begins a second term under the leadership of Carlo Ancelotti, visiting Alaves the day after tomorrow, and about 30,000 fans will watch Barcelona and its guest Real Sociedad on Sunday, the first match without Messi in the squad in 17 years.

Champions Atletico will start defending their title against Celta Vigo on Sunday, hoping to take advantage of the turmoil surrounding Real and Barcelona and seize the title again.