Clubs' preparations for the league were scarce in foreign camps, and 10 teams preferred "local residence"

The preparations of the ADNOC Professional Football League clubs are almost finished, in preparation for the kickoff, which will start next Thursday, with the first round matches of the tournament. 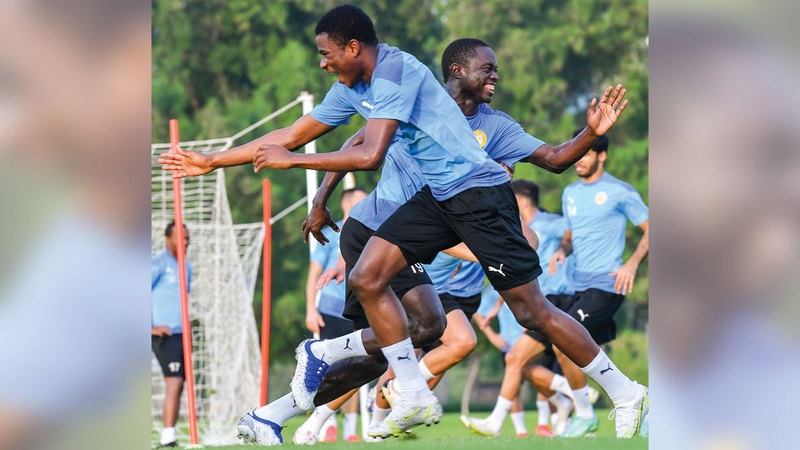 Obaid: “The League” has invalidated the coaches’ arguments that the preparation period is not enough

Clubs' preparations for the league were scarce in foreign camps, and 10 teams preferred "local residence"

The preparations for the ADNOC Professional Football League clubs are almost over, in preparation for the kickoff, which will start next Thursday, with the first round of the tournament.

Only four clubs were satisfied with conducting preparatory camps outside the country, specifically between Spain and Serbia, while 10 clubs preferred their readiness inside the country between open and closed camps, with many destinations between Dubai, Abu Dhabi and the northern region, as an option that its officials see as the best, in light of the launch of the new season. During the month of August, in temperatures and humidity, and under difficult travel conditions, due to the outbreak of the “Corona” virus.

Al-Ain, Al-Wahda and Al-Nasr clubs chose Spain to set up their preparatory camps for the new football season, while Ajman went to the home of his coach, Goran Tovedzic, in Serbia to prepare for the start of his season.

The clubs realize that the proper physical and nutritional preparation for the players inside the camps is the first step to success for each club, to achieve the aspirations of its fans in a season that everyone expects to be the most difficult and the strongest, in light of the high ambitions of many clubs to compete for local titles, as well as the Asian championship.

The views of some differed about the way the clubs chose to prepare for the new season, as the sports analyst, the former director of the football team at Al-Nasr Club, Khaled Obaid, considered that “the clubs that set up external camps will be the most prepared for the new season, compared to other teams that have prepared inside the country.” .

Obaid told "Emirates Today": "External camps help the technical staff to conduct daily exercises in two or three stages, in contrast to the teams that have prepared inside the country, which can only train in that atmosphere once, due to the high temperatures and humidity, and this This will be reflected in the performance of the players, especially at the beginning of the season.”

He added: “One of the defects of the internal camps is that every coach tried to hide a large amount of his cards in front of the teams he played against at the friendly level, because in the end he will be convinced that he will meet these teams at the official level, which reduces the return on gains in such friendly matches. Quite the opposite of the teams that played against European teams, the situation is different for their coaches, who settled better on the way of playing and the squad before returning to the country to complete the preparations.”

He continued, "I think that the League has invalidated any arguments for coaches and administrators, arguing that the preparation period is not enough, because its officials announced the calendar of the new season before a sufficient and sufficient time, in my view, for each coach to prepare his plans according to the time map he deems appropriate."

Obaid ruled out that the start of the league would be affected by the climatic conditions, high temperatures and humidity, saying: “This atmosphere is accustomed to the players, and the technical and administrative bodies of the clubs should help the national team, help themselves and present an exceptional season commensurate with the efforts made by the Football Association and the League, to facilitate the task of (White) in the 2022 World Cup qualifiers, and the appearance of the league in the best way that the fans can enjoy.”