Zibanejad: Something you dreamed of since you were little

NHL players in the Olympics or not? This week, at least, national team captain Johan Garpenlöv gathers a bunch of NHL players in Stockholm with a view to Beijing 2022. - It is something you have dreamed of since you were little, says Mika Zibanejad in Morgonstudion. 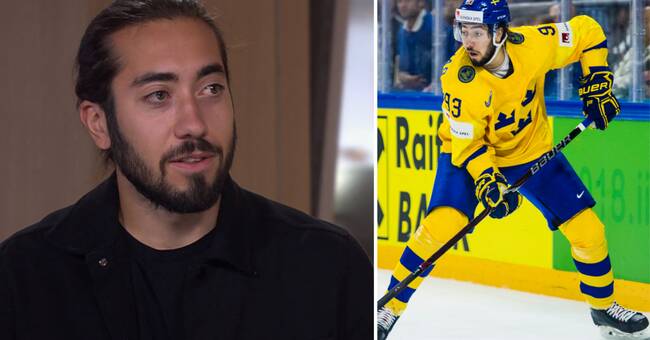 The presence or absence of NHL players in the Olympics has been a hot topic in the hockey world over the years.

1998 in Nagano, four years after Peter Forsberg's punishment in Lillehammer, professional hockey players were allowed for the first time in the Olympics.

In 2006 in Turin, Tre kronor won Olympic gold with a squad that basically only consisted of NHL players such as Peter Forsberg, Mats Sundin and Nicklas Lidström.

The NHL chose not to release any players to the Olympics.

Made place in the game schedule

The reasons given by NHL commissioner Gary Bettman at the time were that Olympic participation had not increased the league's business or broadened the sport in the way one had hoped.

For the Beijing 2022 Olympics, it looks brighter.

There is still no official decision to release NHL players to the Olympics, but the league has made room in the game schedule for the dates when the Olympic hockey tournament takes place.

"The biggest thing you can do"

This week, Tre kronor's national team captain Johan Garpenlöv gathers a bunch of NHL players with a view to the Olympics in Beijing.

One of them is New York Rangers star Mika Zibanejad.

- It feels good that we now have the opportunity to play.

Being able to represent the national team and Sweden is the biggest thing you can do.

It is something you have dreamed of since you were little, says Mika Zibanejad in SVT's Morgonstudion.

- Now they put these weeks away in the schedule for the Olympics. It will be something to look forward to. It does not happen that often. I will do everything I can to perform at the top during the season and take a place in the squad in case I get the chance, Zibanejad continues.