Football: with Paris, Lionel Messi dreams of once again lifting the Champions League

Lionel Messi was presented this Wednesday, August 11 at the Parc des Princes. The Argentinian, who will wear the number 30, has obviously caused a lot of ink to flow since the announcement of his departure from Barça, until his ... 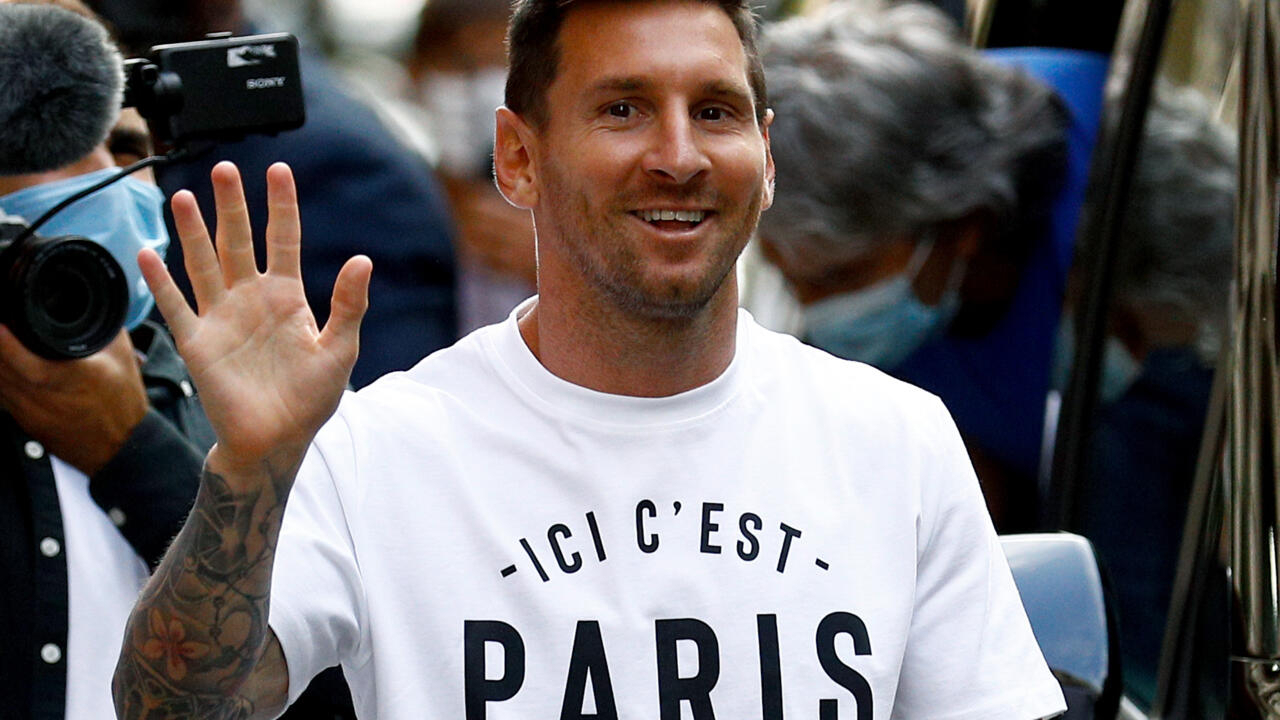 Football: with Paris, Lionel Messi dreams of once again lifting the Champions League

Lionel Messi was presented this Wednesday, August 11 at the Parc des Princes.

The Argentinian, who will wear the number 30, has obviously caused a lot of ink to flow since the announcement of his departure from Barça, until his arrival in Paris.

The Argentina international has expressed his desire to lift the Big Ears Cup for the fifth time.

It is now to him that PSG fans are looking for the Grail for a great European club: the Cup with big ears.

Because Messi is in Paris to help the capital club to win this Champions League expected since the arrival of Qatari investors.

This is a historic day for the club and the football world.

Messi makes football magic and it will be there for our supporters.

Ten years ago, people wondered what we were going to do with our project,

”declared Nasser Al-Khelaïfi, president of Paris Saint-Germain, in the preamble.

I want to meet up with my teammates

It's hard to imagine a change after so much time in Barcelona,

. But, I want to meet up with my teammates and the staff to start training. I thank everyone. I'm glad to be here. I always want to win and that's why I'm here. My arrival was madness. Thanks to PSG. I am excited to begin. There are great players in all positions and it is pleasant to live with on a daily basis

Lionel Messi who won four Champions Leagues did not hide his intention to once again lift the prestigious Cup with big ears.

The Champions League is difficult to win and you have to have a close-knit group and also a little luck.

It is not always the best team in the world that wins,

I arrive in a successful team and I can help.

, ”continues the holder of six Golden Balls, considered one of the best players in history.

If Messi has won everything, Paris is still waiting.

One of the most formidable forward trios in history?

This summer, PSG has once again strengthened with Georginio Wijnaldum, but also Sergio Ramos and Gianluigi Donnarumma, three players who were the captains of the Netherlands, Real Madrid and AC Milan last season.

Without forgetting the Moroccan Achraf Hakimi who, in his right lane, made a strong impression during the preparation matches and the Champions Trophy.

With Neymar and Kylian Mbappé, if the latter were to stay, the Argentine would form one of the most formidable attacking trios in history, reminiscent of the "MSN" of his Catalan era, alongside Luis Suarez ... and Neymar.

The new Parisian debut is not expected for next Saturday, against Strasbourg in Ligue 1, due to its delay in physical preparation.

He could start on August 29 in Reims, or after the international break, against Clermont on September 12.

I don't know when I'm going to start playing.

I will have to do some preparation.

I can not give a date

”, indicates the person concerned who appeared quite calm.