Olympics: can French team sports shine as much in Paris as in Tokyo?

The French delegation had unprecedented success for its handball, basketball and volleyball teams at the Tokyo Olympics, with a total of five medals collected, including three gold. Management players and the next generation of French team sports have the weapons to perform again in Paris, in 2024. 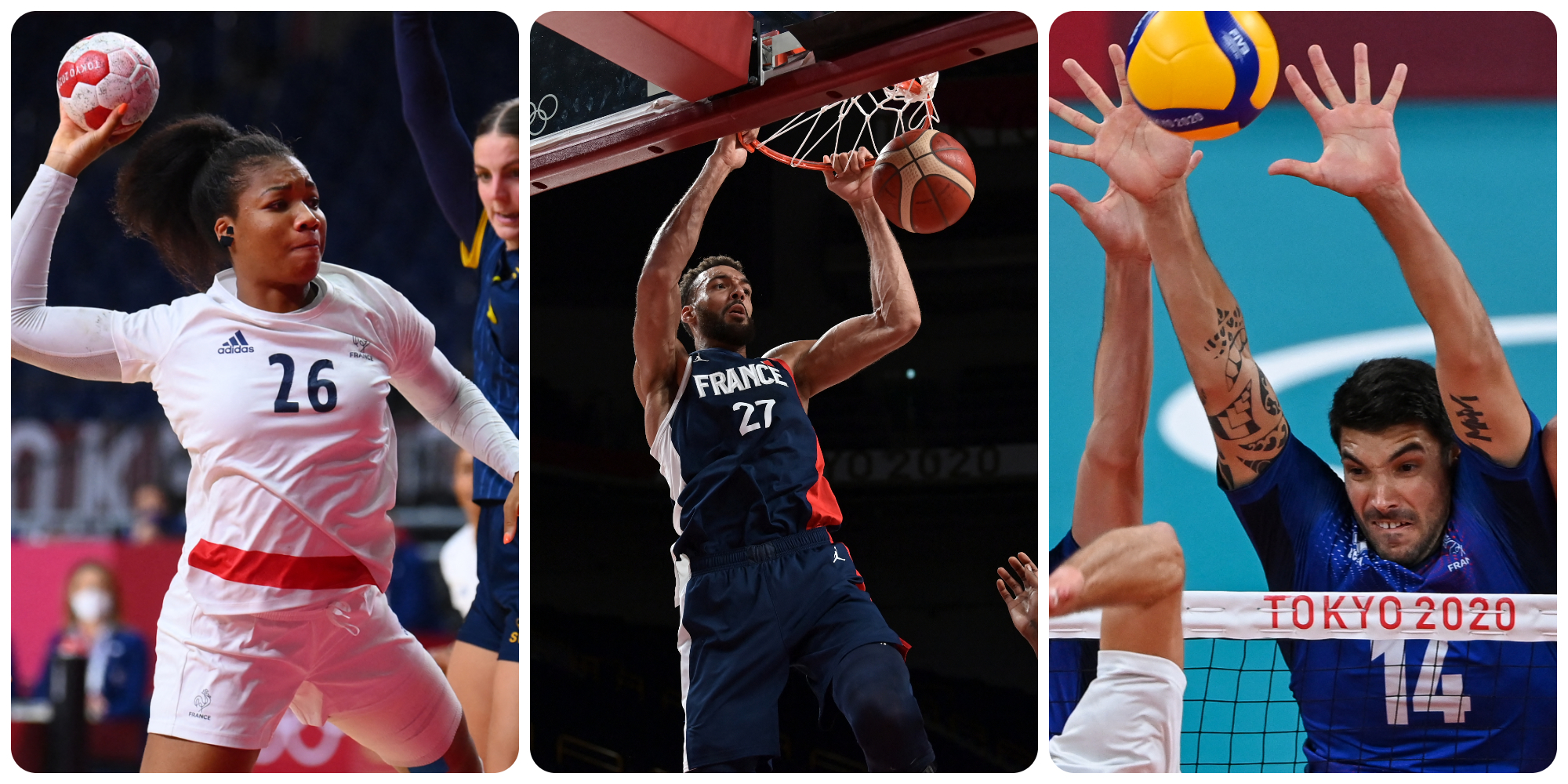 The French delegation had unprecedented success for its handball, basketball and volleyball teams at the Tokyo Olympics, with a total of five medals collected, including three gold.

Management players and the next generation of French team sports have the weapons to perform again in Paris, in 2024.

The hardest part may be starting for the French team sports teams. Crowned with an Olympic title or a beautiful medal at the Tokyo Olympics, the handball, basketball and volleyball teams have thrilled a whole people behind their television and obviously have great hopes for the 2024 Olympics in Paris. But defending a title or a medal is one of the toughest jobs in the world of sport. If the French handball players have already achieved a similar performance, in London in 2012, the handball players and volleyball players will defend their gold medal for the first time. As for the silver basketball players and the bronze basketball players, they will seek to win the most beautiful titles after a very successful Tokyo campaign.

- Tokyo Olympics: an exceptional gold double in hand and volleyball for the Blues

After 10 years of domination and doubts at the end of the 2010s, the French men's handball team resumed its Olympic path in Tokyo, gold, to the detriment of Denmark crowned in Rio in 2016. A return to the foreground allowed thanks to the succession which settles little by little.

(24 years old) were precious in Tokyo.

They are ready to succeed the last "Experts" (Nikola Karabatic, Luc Abalo, Michaël Guigou) in the quest for a fourth French Olympic title.

Same story among handball players. The French women's team has been on the rise since its silver medal at the Rio Games, the first Olympic charm in its history. World champions in 2017, Europe in 2018, then gold medalists in Tokyo, the Bleues du handball are also gradually settling on the roof of the world. If some executives like goalkeeper

will withdraw from the selection, the France team has found a new nugget with the young pivot of 20 years,

, who can become one of the best in her position. With the star

, who will be 35 years old in 2024, this women's handball team will be able to make sparks in Paris.

BLUES AT THE TOP OF WOMEN'S HANDBALL!

French basketball on its way

Basketball can also spark sparks three years from now, even though the United States has outrageously dominated the discipline for years. "Team France" should be able to count on its main leaders from the Tokyo Games who won the silver medal. Among these players, the three-time best defenseman in the NBA, Rudy Gobert. Like

, the 29-year-old pivot has regularly exceeded the 20-point mark during a game. Captain

, savior of the French in the semi-final against Slovenia, should also be in the game in 2024, at 35. The next generation seen in good shape in Tokyo (

...) will probably be part of the rally in three years.

For their female counterparts, too, the slope is upward. Bronze medalists in Tokyo, vice-champions of Europe last June, French basketball players are now part of the elite of the discipline. Led by the experienced

, the French team has also rejuvenated with the arrival of nuggets

(26 years old). A sacred armada, calibrated to reconnect with the peaks of Olympus.

Winners of Serbia yesterday in the small final, the players of the French basketball team have just received their bronze medal on the floor of the Super Arena in Saitama # Olympic Games # Tokyo2020

The new chapter of French volleyball

It is the greatest unknown of French team sports. With its golden but fickle generation, the French volleyball team created the feat at the Tokyo Olympics by winning the tournament after coming close to elimination in the group stage. A dream end for Laurent Tillie, who will leave his post of coach after nine years of collaboration, and hand over to the Brazilian Bernardinho, double Olympic champion and triple world champion.

The France team is therefore turning a page in its history. To see if it will have found its cruising pace with its executives

(24 years old), to defend its Olympic title. First response from the start, with the Euro.