Football: Lionel Messi in Paris to sign with PSG

Lionel Messi's plane, expected in Paris since Sunday, arrived this Tuesday, August 10 in the afternoon. The star of the round ball should now pass his medical examination before initialing his cont… 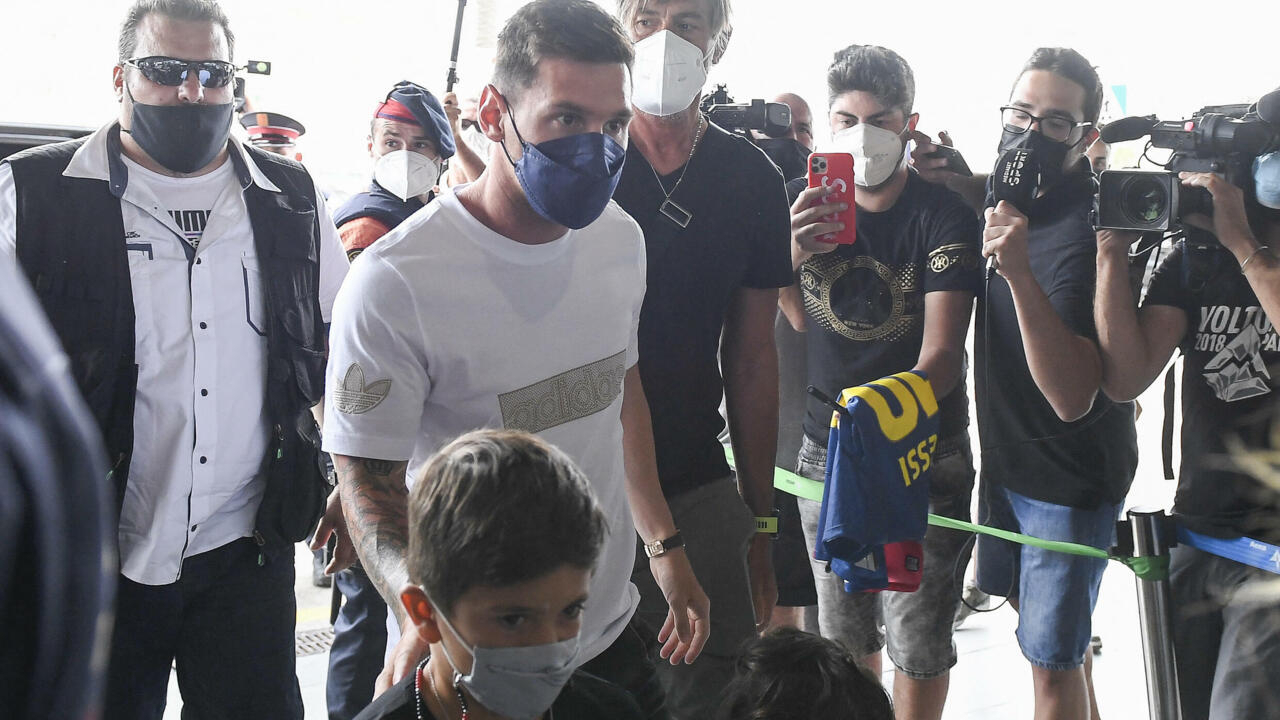 Football: Lionel Messi in Paris to sign with PSG

Lionel Messi and his family when they leave Barcelona, ​​this Tuesday, August 10, 2021. AFP - JOSEP LAGO

Lionel Messi's plane, expected in Paris since Sunday, arrived this Tuesday, August 10 in the afternoon.

The football star is now expected to undergo his medical examination before signing his contract, confirmed by his father and agent, Jorge Messi.

A press conference should then take place on Wednesday at the Parc des Princes.

In the PSG locker room, the Argentinian will find, among others, his friend Angel Di Maria and the Brazilian star Neymar, with whom he played at Barça.

The eyes of the whole world are on the French capital. There was the Eiffel Tower. From now on, we will come to see the Iron Lady and Messi! The financial strength of Qatar Sports Investments and the relaxation of UEFA's financial fair play rules made this possible. According to

, the Argentine star should sign for two years, plus an optional one, with the club in the capital.

would be the best player in the world in our league, it would do L1 a lot of good, really. All eyes around the world would be on the championship. If Leo comes, we wish him to be happy, to enjoy this different championship. For us, that would be an additional motivation. French football has grown a lot in recent years,

”said Jorge Sampaoli, OM coach and former Argentina coach between 2017 and 2018, before the Argentine star's formalization at Paris Saint-Germain.

A week ago, absolutely no one in the football world imagined such a scenario.

Especially since Barça was convinced to have found an agreement with his star.

falls on you, you open your arms and say thank you,

" says with enthusiasm, in

Ludovic Giuly, former of Barça and PSG, who attended the first professional dribbling of the Argentine.

A rock star in Paris

Sunday evening, curious people were already at Le Bourget, thinking of seeing the six-fold Golden Ball which was to fly from Barcelona in a private jet, to land a little later in the capital.

" (the chip), expected like a rock star, did not come.

This Tuesday, the arrival of the player again attracted fans.

At 34, after more than 900 matches and 17 professional seasons, Messi's arrival in Paris, and in the French championship, will go down in football history as an enchanted parenthesis in a gloomy summer for Parisian supporters.

Alongside his friend Angel Di Maria

In Paris, Messi will find the Brazilian Neymar, rubbed for four years in Barcelona between 2013 and 2017. Both ended up forming a deep bond even if the Argentinian saw in Neymar a young rival at the time when the former Santos player landed in the Catalan capital, announced as the future genius of the round ball and even worthy successor of Pelé.

Considered one of the best football players in history, Messi - 151 caps and 76 goals with

- will also meet another close friend, Angel Di Maria, like him from Rosario, Argentina.

They both share a long history in selection, where they have been partners for fourteen years.

The two compatriots have lived many moments together, between sadness and smiles, such as the defeats in the final of the 2014 World Cup in Brazil and the 2015 and 2016 Copa America. The good times will remain for them the gold medal at the 2008 Olympics in Beijing, and the last Copa America 2021 victory in Brazil.

Enough to dry the tears of his departure from Barcelona.

Messi and Neymar in the national team.

There, it's another story that begins

I have lived through many difficult times, suffered a lot of defeats. But, then, there were always other matches to play, revenge to take. There, it's another story that begins,

"said Messi when leaving Barça. Today, only Paris seemed able to meet all its expectations. Already last summer, when Messi was angry with Barça, PSG tried an approach when the striker still had a year on the contract.

Paris Saint-Germain, which has been running since the arrival of Qatari investors after a victory in the Champions League, offers itself one of the most publicized players in the world.

The last in 2015 against Juventus Turin.

Football: Leo Messi in Paris, a crazy hope that is gaining momentum