Tokyo 2021: team sports, judo, fencing, they made France shine at the Olympics 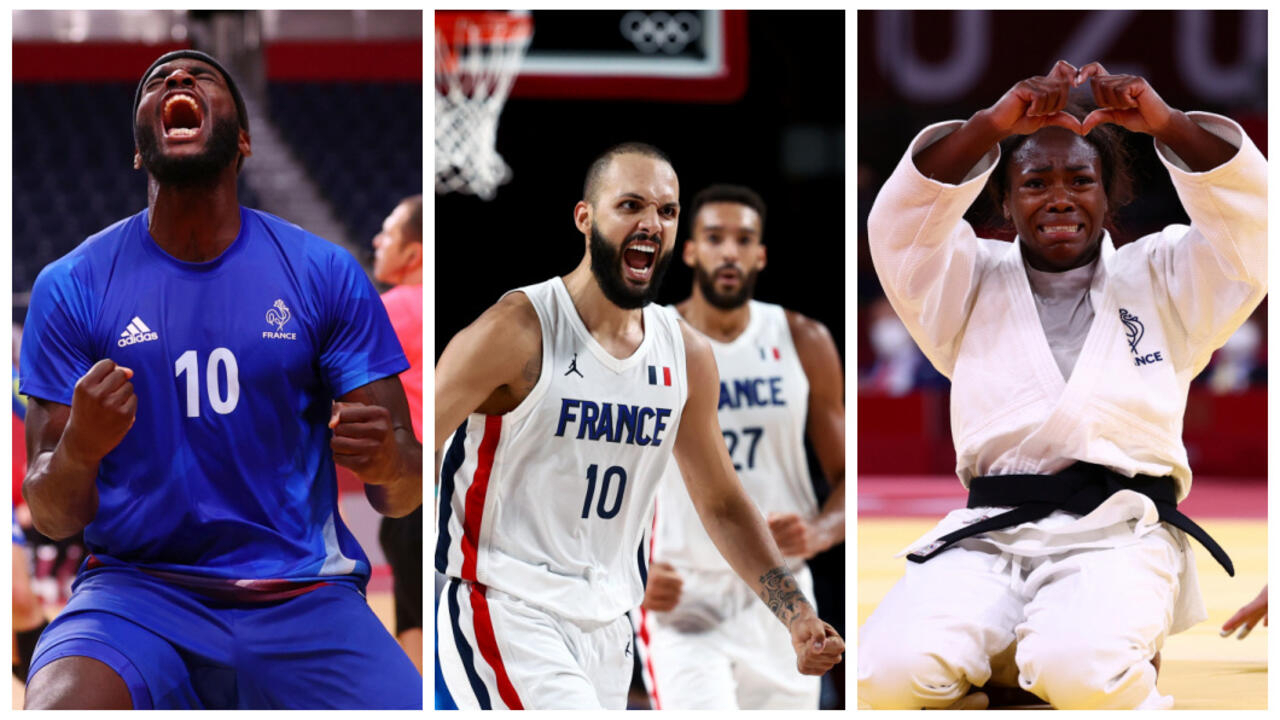 Tokyo 2021: team sports, judo, fencing, they made France shine at the Olympics

In Tokyo, the Blues are nevertheless mounted ten times on the top step of the podium, as they were five years ago, thanks in large part to the performances achieved in three sports.

Only the Blues of football have really disappointed

Unlike footballers, volleyball players were the very pleasant surprise of this immense success,

with an unprecedented Olympic title won against the Russians on

Absent from the 2008 and 2012 Games, and eliminated from the group stage in Rio in 2016, this French team was still close to leaving prematurely after three defeats.

The Blues finally took the last ticket for the quarter-finals, a first, before achieving the feat of beating the double world champion Poland, then Argentina against whom they had lost in the pool, and finally the Russians, always present in the last four since the 1996 Games. It is undoubtedly the greatest French feat in Tokyo.

The French volleyball players drunk with happiness after their victory in the Olympic final against the Russians on August 7.

The revenge of French handball

The other two gold medals in team sports were gleaned by the two handball teams who took their revenge on Rio 2016.

The men, beaten in the final by Denmark five years ago, found these same Danes at this stage of the competition in Tokyo,

This third Olympic title, after 2008 and 2012, allows veterans Michael Guigou and Luc Abalo to retire on a very good note, they who were already there at the Beijing Olympics 13 years ago.

The women have also taken their revenge.

After the silver disappointment of Rio, caused by the Russians, the Blue found them in Tokyo in the final and this time adorned themselves with gold for the first time in their history (30-25).

Basketball players hope that this reunion story will smile on them in 2024 in Paris,

The gang in Batum, Gobert and Fournier had yet beaten these Americans in the group stage, like all their opponents before this final, including

Luka Doncic's Slovenia in a breathless half (90-89)

It is the third medal in the history of French men's basketball at the Olympic Games, the third in silver and the first since the 2000 Games.

The basketball players won the bronze.

After the disappointment of the setback in the semifinals against Japan, the Blue recovered against the Serbs

to win a second Olympic medal, after silver in 2012.

French basketball player Gabby Williams during the match against Serbia at the Olympic Games in Tokyo on August 7.

This beautiful collective harvest began with the imperial rugby 7 players before losing in the final against New Zealand (26-12).

They bring the first Olympic medal to French rugby.

There was the disappointment Teddy Riner “only”

But also, the immense joy of the

first gold medal in the history of the mixed team event

The French colossus was therefore quickly consoled and can boast of having equaled two Olympic records in his discipline: that of the number of gold medals (3) and the total number of awards (5).

The French who won Olympic gold by mixed team against Japan on July 31, 2021 in Tokyo.

Thanks to Teddy Riner and above all Clarisse Agbégnénou, double Olympic champion in Tokyo (individually in the under 63 kilos and in mixed teams), the French judo team has achieved the best Games in its history in terms of the number of medals. : eight including two in gold.

We have to go back to the 1996 Olympics to see more titled Blues (3 gold medals).

But at the time, they had been on the podium six times.

The leaders Riner and Agbegnenou have already made an appointment in three years for the Paris Games, with the objective of passing Japan, the first nation of judo ahead of France.

Fencing has shown the way

It was in fencing that France won its first gold medal in Tokyo thanks to a stranger:

The swordsman was to be a replacement for these Olympic Games and finally beat the three best worlds in his specialty to offer his country the first individual coronation since the Athens Games in 2004.

It is also the only one of these Tokyo Olympics where the French team shone above all by team,

with the gold of the male foilists

who took their revenge on the Russians,

the money of their female colleagues

By adding Manon Brunet's bronze in individual saber, this brings the number of tricolor fencing awards to five, the best record since those famous 2004 Games. Only the Russian Olympic team did better in Tokyo.

, the first Olympic champion in the history of karate, and swimmer Florent Manaudou, the only Frenchman to have won three medals in three different Games, also illuminated this fortnight.

Olympic Games: the results of African countries in Tokyo 2021

Mustapha Berraf: "Satisfied with the results" of Africa in Tokyo 2021