The handball women imitated the boys by also winning Olympic gold. The Blue beat Russia in the final (25-30) and took their revenge on Rio. The France team achieves a double ... 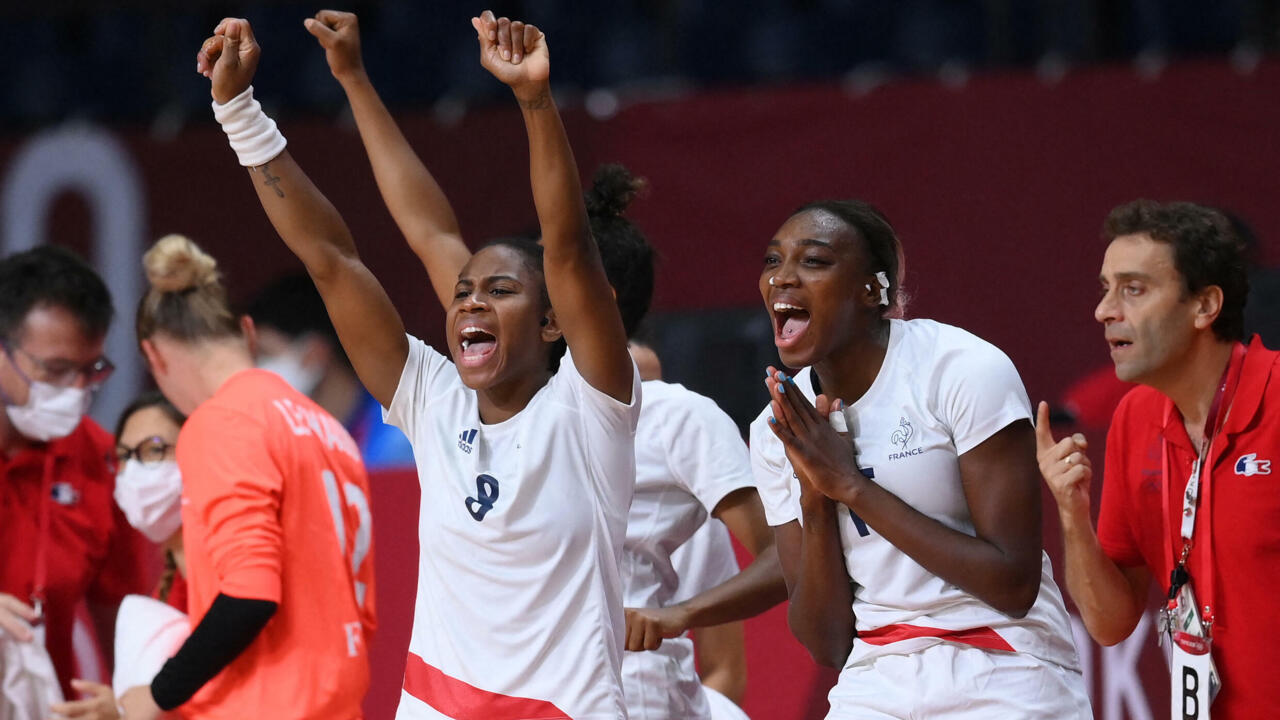 Five years after the lost final in Rio, the French handball players did not miss their chance this time.

They took their revenge, Sunday, August 8, on their great Russian rivals, under a neutral banner (25-30), and won Olympic gold in Tokyo, the only title missing from the list of double world champions.

Under the gaze of their sacred male counterparts the day before against Denmark, they stifled their opponents and allowed France to achieve a historic double in this sport.

The French Olympic champions came to support the girls of @FRAHandball (and it's already yelling quite a bit) 😁 pic.twitter.com/Q3eem0WSi0

Fate had yet been fierce on the players of Olivier Krumbholz in the spring.

A series all the more unfair because without the postponement of one year of the Games, they would undoubtedly have walked the floor of the Yoyogi stadium.

In Tokyo, their start to the tournament was difficult.

The first four meetings, including only one victory and a defeat against the Russians (28-27), had left an impression of feverishness.

As if the weight of those absent was too heavy to conquer the gold they lacked in Japan.

Three matches later and as many successes against the Brazilians, the Dutch world champions and the Swedes, they finally presented a different face.

A collective force has emerged from these Blue World (2017) and European (2018) champions.

Norway, favorite for gold, had unexpectedly lost its semi-final Friday against the Russian team (27-26).

As a consolation, the Norwegians won bronze in the small final against Sweden (36-19).