A shocking surprise.. The rewards of the heroes of Morocco and Egypt are higher than America in the Tokyo Olympics

A report by Forbes and CNBC revealed a list of rewards for medal winners at the Tokyo Olympics, as Singapore topped the list globally, while Morocco and Egypt ranked ahead of many countries in appreciating their champions, especially US athletes 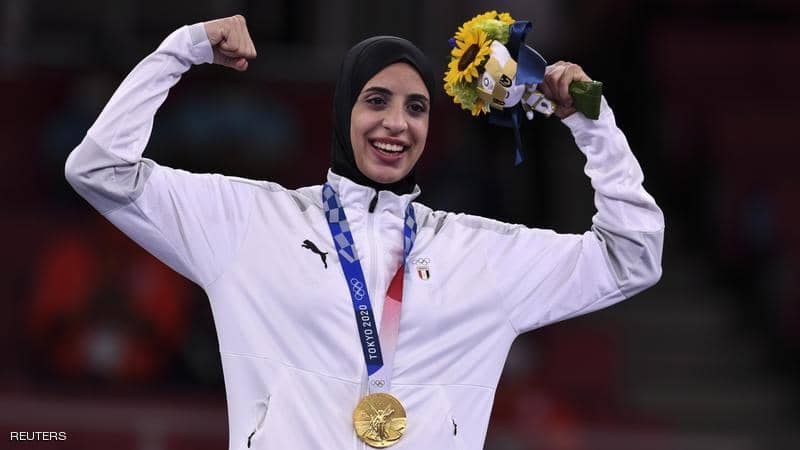 A shocking surprise.. The rewards of the heroes of Morocco and Egypt are higher than America in the Tokyo Olympics

A report by "Forbes" and "CNBC" revealed a list of the rewards that medal-winning athletes receive in the Tokyo Olympics, as Singapore topped the list globally, at a time when Morocco and Egypt ranked ahead of many countries in the appreciation of their champions, especially US athletes. American.

Both networks indicated that the organizers of the Olympic Games do not offer any reward to the medal-winning athletes, but rather give those who win a medal a reward from their country, especially since many countries such as New Zealand, Norway, Sweden and Britain, refrain from providing any rewards to their crowned champions in the Olympic Games.

The two networks explained, "Determining the value of the reward offered by countries to their athletes was linked to the preparation of the mission's personnel, as well as increasing the likelihood of athletes winning medals, and athletes achieving Olympic achievement," noting that Singapore, which singled out its gold medalist in Tokyo, received a reward of 783. A thousand dollars, which is approximately 20 times more than what America provided to the owner of the same achievement, amounting to 37,000 dollars, due to the fact that the delegation of the Singapore mission in Tokyo consisted of 23 athletes, compared to the American mission, which included 600 male and female players, and the same thing applied to the Arab countries, After Morocco took the lead by awarding the golden champion $200,000, the Egyptian athlete ranked second with a gold medal award of $64,000.

Singapore's lead was not limited to the award dedicated to its gold-winning athletes in "Tokyo 2020", but also awarded its silver-medal champions the largest financial prize of $369,000, which in itself is equivalent in terms of value, higher than that offered by Malaysia to the owner of the gold achievement, which amounted to 263 A thousand dollars,

European, Italy came in third place, with a financial prize allocated to the gold medalist of 213,000 dollars, in a prize that slightly exceeded those granted by Morocco and the Philippines, amounting to 200 thousand dollars, which was awarded to Sofiane El Bakkali, the 3000-meter champion, and Hedlin. Diaz is the 55-kg weightlifting champion, after giving their country the first gold medal in the history of the Olympic Games.

Hungary ranked sixth, with a prize for the first place holder and the gold medal, which amounted to 168,000 dollars, and Egypt ranked seventh with 64 thousand dollars, surpassing Brazil, which contented itself with a prize of 49,000 dollars for the owner of Olympic gold, and Tunisia ranked ninth despite being equal with Japan in terms of prize money. The first place amounted to $40,000, after Tunisia offered the silver medalist a prize of $28,000, compared to $18,000 for the same place for Japan.