Belarusian sprinter Krystsina Tsimanouskaya, who refused to return to her country for fear of repression, said Thursday "happy to be safe in Poland". As part of his investigation ... 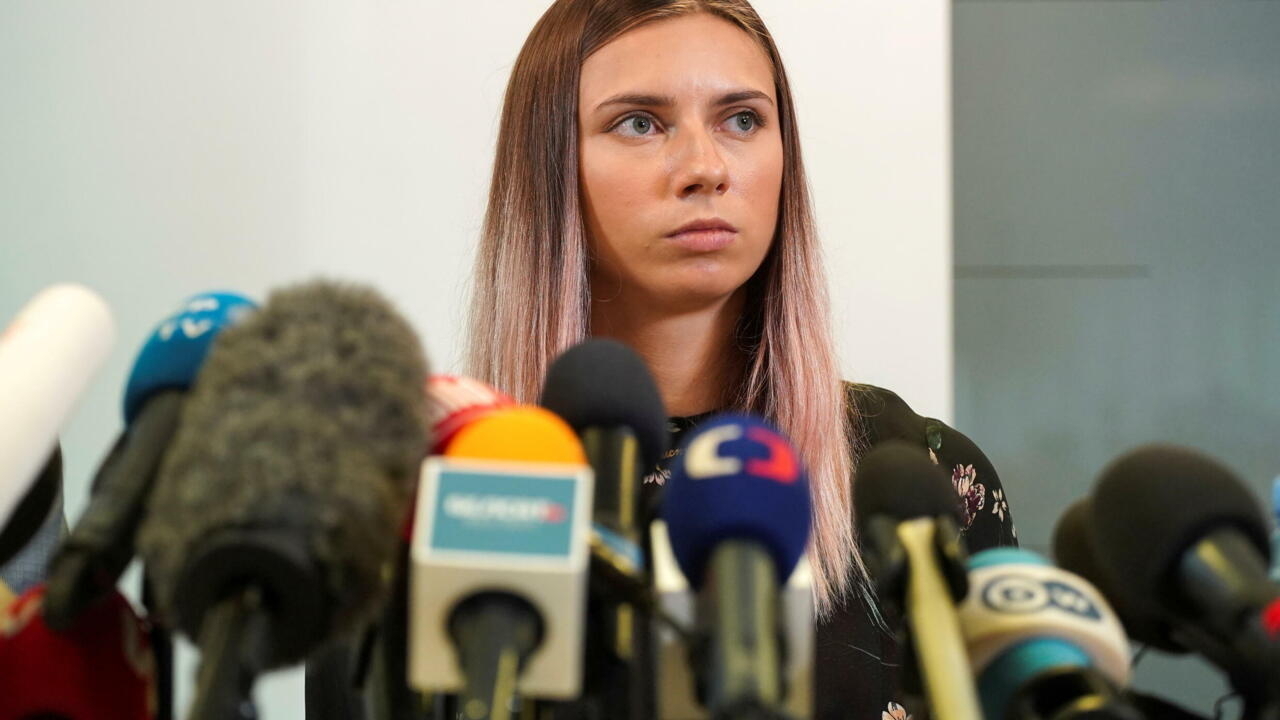 For her first words, Thursday August 5, since her incredible departure from Tokyo, the Belarusian sprinter Krystsina Tsimanouskaya could not have worn a more appropriate T-shirt.

Threatened with being forcibly repatriated to Belarus after criticizing her country's Olympic committee following a dispute at the Tokyo Olympics, the 24-year-old arrived on Wednesday, via Vienna, in Poland, a country that granted a humanitarian visa.

The sprinter said she was "surprised that the situation has become such a political scandal" given the fact that it was initially a sporting issue.

"I am not thinking of political asylum," she assured.

"I just want to continue my sporting career," Tsimanouskaya said, adding that her husband, Arseni Zdanevich, who fled to Ukraine and also obtained a humanitarian visa in Poland, was "already on his way" to join her on Thursday. She said she hopes to participate in two more editions of the Olympics.

The sprinter had claimed on Sunday to have escaped forced repatriation to Belarus, a few days after having openly criticized the athletics federation of her country.

Fearing that she would end up in prison if she returned to Belarus, Krystsina Tsimanouskaya had obtained help from the International Olympic Committee (IOC) and police protection while she was at Tokyo-Haneda airport.

She then took refuge for two nights at the Polish Embassy in the Japanese capital.

On Friday, the International Olympic Committee (IOC) announced that it had withdrawn the accreditations of two coaches from the Belarusian delegation.

"A disciplinary commission has been set up by the IOC in connection with the Krystsina Tsimanouskaya case to clarify the circumstances of what happened and the role played by coaches Artur Shimak and Yury Maisevich," explained the Olympic body on its Twitter account.

"In the interest of the athletes of the Belarusian Olympic Committee who are still in Tokyo and on a provisional basis, the IOC canceled and withdrawn last night the accreditations of MA Shimak and Y. Maisevich."

In the interest of the wellbeing of the athletes of the NOC of Belarus who are still in Tokyo and as a provisional measure, the IOC canceled and removed last night the accreditations of the two coaches, Mr A. Shimak and Mr Y. Maisevich.

"The two coaches were asked to leave the Olympic Village with immediate effect, which they did. They were offered the opportunity to be heard," the text concludes.

Belarus has been rocked by political upheaval and a crackdown on the opposition after a contested presidential election.

Krystsina Tsimanouskaya was among more than 2,000 Belarusian sports figures who signed an open letter calling for new elections and the release of political prisoners.

But her problems in Tokyo came after a message posted on her Instagram account criticizing her coaches for entering her in a race without notifying her first.

"My parents told me that they spoke badly of me on television (Belarusian, editor's note). I received a lot of negative messages, but I received even more messages of support," said himself. she rejoices.

"I am very worried for my parents, especially since my father has a heart problem and it has worsened in recent days," she said.