Summary: Failure to cover the flaws does not hide Yu Guoping’s hope for the future

(Tokyo Olympics) Summary: Failure to cover flaws does not hide Yu Guoping gains hope for the future   China News Service, Tokyo, August 6. The table tennis competition at the Tokyo Olympics ended on the 6th. The Chinese table tennis team won the remaining four championships except for the mixed doubles and became the biggest winner without any suspense.   Although it is a bit regrettable that th 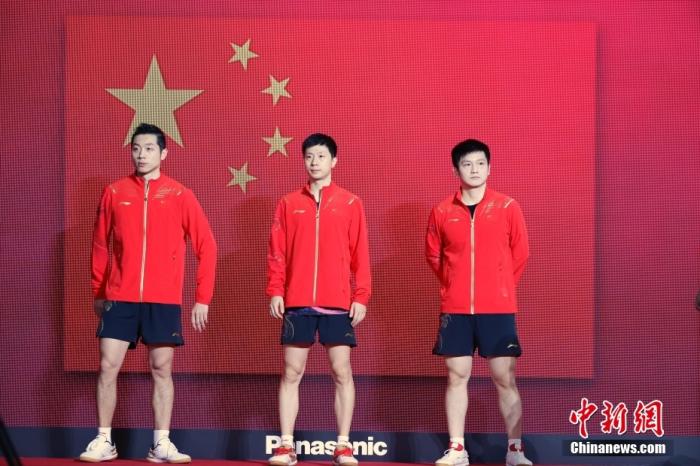 The Chinese table tennis team won the remaining four championships except for the mixed doubles and became the biggest winner without any suspense.

Although it is a bit regrettable that the goal of winning five gold medals has not been achieved, the flaws are not concealed. It is through the baptism of this Olympic Games that Guoping has gained hope for the future.

This is the 35th gold medal of the Chinese delegation in the Olympic Games and the 4th gold that the national table tennis team won in the Tokyo Olympics.

The picture shows a group photo of the male team members before the game.

——Men's team: Ma Long is "old but strong" and Fan Zhendong is expected to "success"

Although he is about to turn 33 years old, Ma Long's state has not been affected by the passage of time. It seems appropriate to describe this national table tennis feat as "old and strong".

At present, when Zhang Jike and other veterans are gradually fading out, and the young teenagers are still immature, Ma Long's existence can be called the "Dinghai Shenzhen" of the Chinese team.

Although the 24-year-old Fan Zhendong failed to achieve his "success" in the men's singles championship in this Olympic Games, his future is still full of hope. It is only a matter of time before he becomes the new leader of the national table tennis men's team.

Currently ranked No. 1 in the world, he has a comprehensive play style and matures in game experience. Fan Zhendong undoubtedly has a huge advantage against famous players including Zhang Benzhihe and Ocharov.

In the 2024 Paris Olympics, he should be able to become an indispensable core player of the Chinese team.

This is the third gold medal won by the national table tennis in this Olympics and the 34th gold medal of the Chinese delegation in the Tokyo Olympics.

The picture shows the Chinese team celebrating the victory.

——Women's team: "Little Devil" has grown into the three main force to fight the enemy without worry

Although the Japanese women’s team has grown rapidly and even threatened the Chinese women’s team’s dominance in the world, as Chen Meng, Sun Yingsha, and Wang Manyu successfully completed their tasks in this Olympics, the three main lineup frameworks were released. With strength already dominant, the Chinese team need not worry about the strong impact of the Japanese team during the Paris Olympic cycle.

Chen Meng, who won the women’s singles and women’s team gold medals, has completed her “transformation”. Once she can win the World Table Tennis Championships at the end of this year, she will become another after Deng Yaping, Wang Nan, Zhang Yining, Li Xiaoxia and Ding Ning. "Grand Slam" leader.

At the age of 27, she is in her prime, and winning the Olympic gold will help her build stronger self-confidence.

After Ding Ning and other veterans fade out of the national team, Chen Meng will assume more responsibilities in the Paris Olympic cycle.

As teammate Wang Manyu said, Chen Meng's veteran role has now been revealed, and her chances of winning in the Chinese team are even greater.

In the women's singles and women's team, the younger generation of Sun Yingsha has already revealed his "devil" character after beating Japan's number one Mimai Ito in two consecutive games.

Compared with Mima Ito of the same age and major opponents in other countries, Yingsha Sun's record and experience are undoubtedly better. China has already won the competition with the younger generation of table tennis in other countries.

More importantly, one gold and one silver in the Tokyo Olympics will help Sun Yingsha have a greater psychological advantage when facing Ito and other opponents in the future.

With tall and long arms, she looks very much like Wang Liqin, a famous national table tennis star. She is commendable in protecting the platform and also represents the development trend of the world table tennis.

The team gold medal of this Olympic Games will accumulate more confidence for her.

National Ping Pong lost gold in the mixed doubles this time, which is definitely a big upset.

Although the winning Japanese team has home court advantage to a certain extent, this loss also shows that the Chinese team is not invulnerable. The abnormal performance of skills and tactics caused by psychological fluctuations at critical moments will be a problem that the Chinese team must work hard to solve in the future Olympic cycle.

As a "successful teacher" in the world table tennis, the biggest advantage of the Chinese team is its overall strength. There are undoubtedly more players available for matching than other countries or regions.

In particular, this unexpected defeat will encourage the Chinese team to "take the courage" in the next three years-based on hard power, coupled with attitude, experience, training and other factors, the national table tennis team has great hopes for "recovering lost ground" in the Paris Olympics. .

Three years later, in Paris, the performance of the "starting from scratch" of the Chinese team is worth looking forward to.