Sandra Sánchez, the intrahistory of a gold without past or future: an anniversary, many 'burpees' and some suspicions

What impresses the most about Sandra Sánchez in her metamorphosis. The fierce gaze on the tatami, defiant. You would almost say that it gives off hate. His contagious, unstoppable smile ... 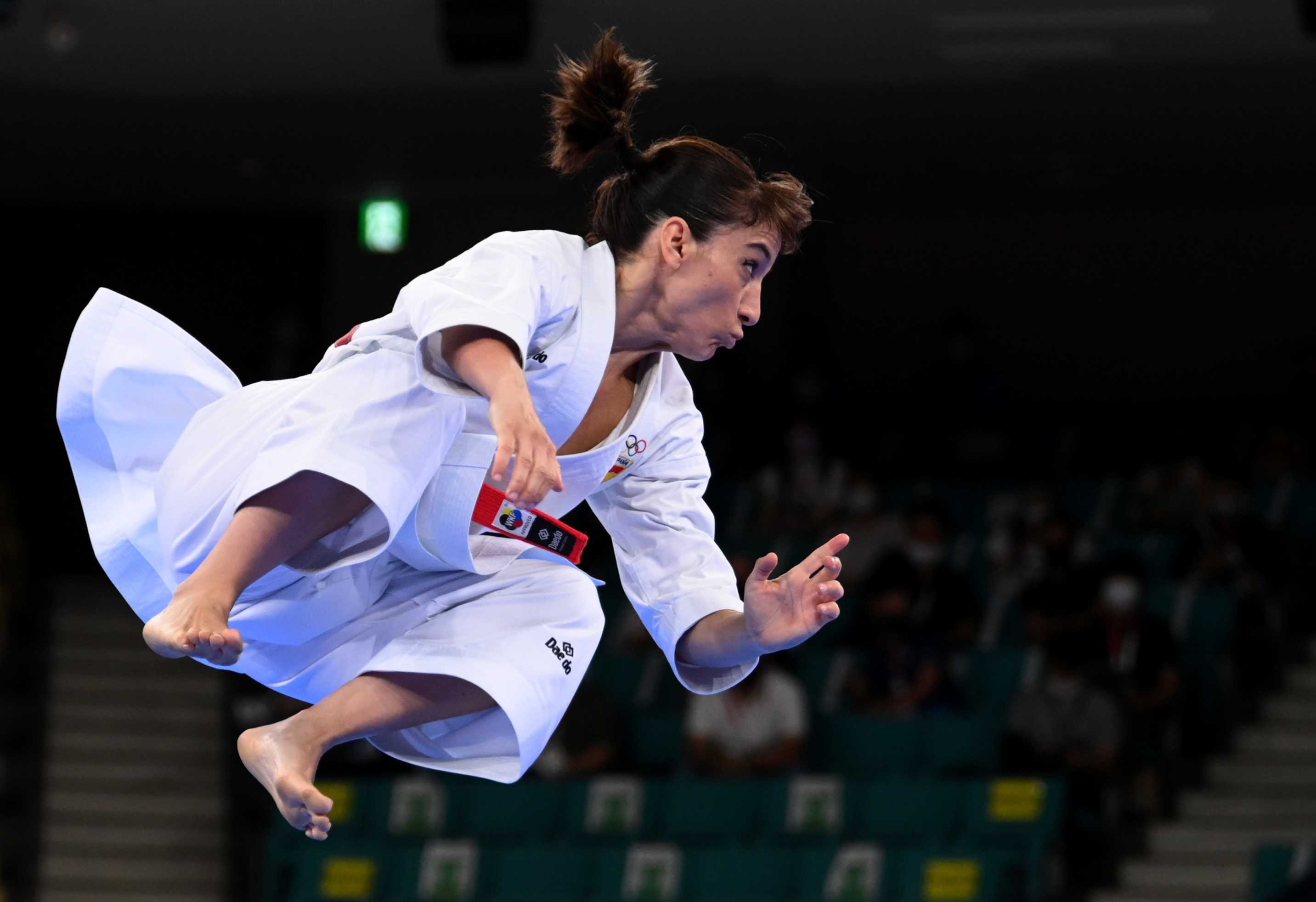 What impresses the most about

in her metamorphosis. The fierce gaze on the tatami, defiant. You would almost say that it gives off hate. Her contagious, unstoppable, endearing smile, unbridled later, when the words to describe what she feels crowd together, she expresses herself at such speed that it is difficult to follow her: "I am happy, excited, I want to laugh, cry, jump, scream. I don't know, there are so many emotions! " He has just won a unique Olympic gold, as there was not in the past and there will be no later, as it disappears from the map in Paris 2024.

Before, also in the antipodes, her husband, who is also her coach. "It has been the championship that has been calmer. I gave him an example: 'This is like an exam. If I'm going to ask you the questions the day before, how would you be? Well, I was looking forward to doing it." Yesterday, exactly yesterday, was their fifth wedding anniversary.

, serene type, the teacher who definitely pushed her forward. And that he asked to post the celebrations for a few hours, because today he will be next to his other pupil,

, who is also looking for gold at the Nippon Budokan.

Both celebrate the Olympic culmination of a life.

Sandra's, full of adventures, with karate, that girl tantrum because she wanted to imitate her brother Paco and not dance like the other girls, as a common denominator.

An effort that led him to challenge when he left the High Performance Center in Madrid to return home to Talavera de la Reina and take care of his mother, María Isabel's cancer.

And that it stings so much in the Federation that, later, it was the 'plagued' one.

A martial art that he did not abandon even when he went to Australia to study.

And that he resumed at such a late age that few would have predicted his Guinness world record dominance.

Even in Dubai they required her for how good she was.

Because no one has ever garnered so many career victories as this small Talaverana, -the 'llaverito' they affectionately call her-, world champion and everything else, who took the specialty of kata to heaven where she even surpassed the inventors. Because if his gold had merit, more that which surrounded him. The stage, the rival, the judges. "They almost screwed me up," she whispered in the bowels of the Budokan, the Japanese temple of martial arts. Where, in the immaculate execution of the

, he achieved an overall score of the seven judges of 28.07, higher than that of

And that's why, because in front of him was his great rival, who competed at home, who had been hiding things for a long time, who had been scored more than necessary in the morning and who wore blue - the color reserved for the seeds, which It must have been Sandra, being number one in the ranking, it was all a suspicion. "I knew we had opposing factors, that we were in Japan. I didn't care. I thought, 'I leave my soul on the mat. And I give my heart to them.' And that's what I did, in the perfect setting. If you had to win You had to do it like that, "he reasoned. "I was not going to condition anything. Against Japan in the Budokan ... It was something that most people saw lost. I have always told him he was capable. He has been spectacular," explained Del Moral.

signed up for the medal, because it was one of the safest of the entire Spanish expedition.

Because Sandra had the final kata so mechanized - "I've done it so many times. So many, so many, so many ... Training in Sierra Nevada, when you can't take it anymore. And they send you the

with his soul and let the buzz of his karategi astonish in the Budokan.

And ... "Fuuu! Letting go, taking out everything that I have inside. I really am not aware of how all the movements have turned out. I know that I have finished with the greeting. And that I felt good. Okay, happy. There was left everything, the soul, the heart, everything ".

Tokyo GamesHow did Spanish water polo return to the elite?

Tokyo GamesAdriana Cerezo: the movies of Jackie Chan, grandfather's secret and a hiatus due to anxiety