The Dutch hockey players became Olympic champions for the fourth time on Friday. The top favorite won 3-1 against Argentina in the final and also won his eighth game in Tokyo. 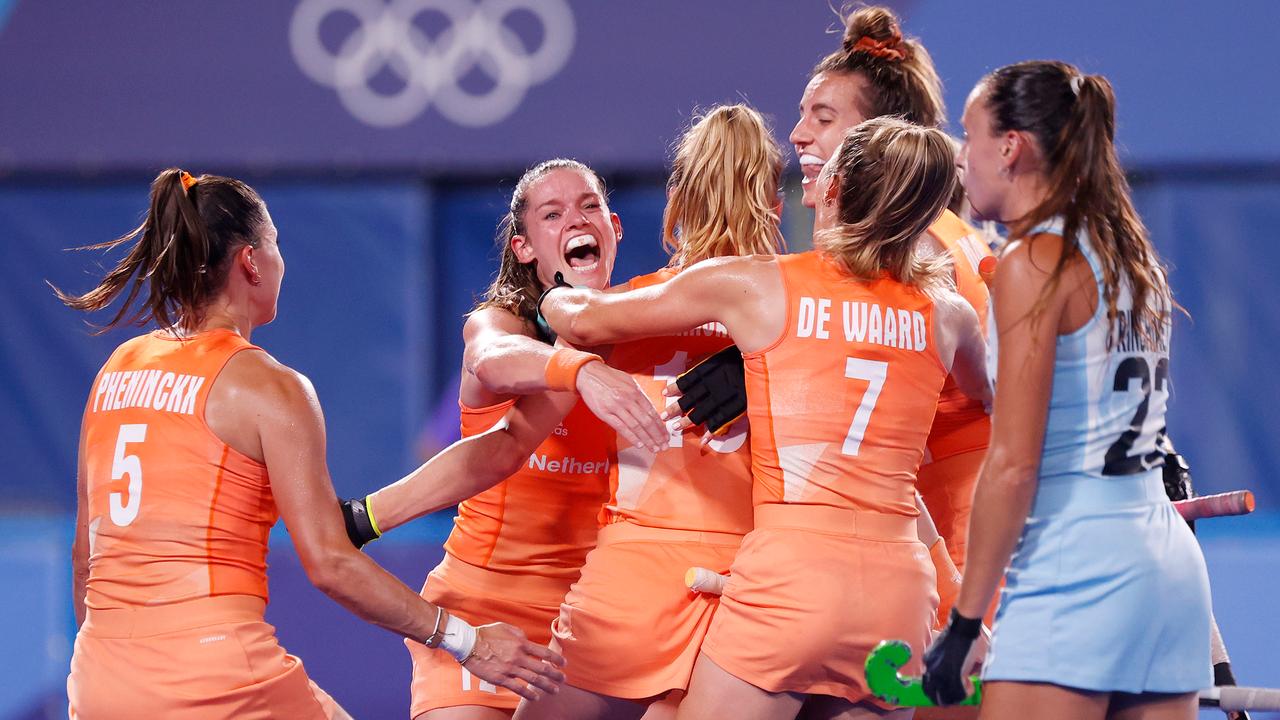 The Dutch hockey players became Olympic champions for the fourth time on Friday.

The top favorite won 3-1 against Argentina in the final and also won his eighth game in Tokyo.

In the second quarter, the Netherlands took a 3-0 lead in just six minutes thanks to three goals from a penalty corner.

Margot van Geffen and Caia van Maasakker (2) were the scorers.

Argentina made 3-1 in the last second of the first half via Agustina Gorzelany (penalty corner), but the title of the Netherlands was no longer in danger.

Orange was unapproachable in Tokyo.

Alyson Annan's clear team closes the tournament with the telling target figures of 29 for and only 4 against.

Australian Annan is the first woman to call herself Olympic champion in hockey as a player (1996 and 2000) and as a coach.

The Dutch hockey players were in the Olympic final for the fifth time in a row and for the sixth time in total.

Five years ago, the number one in the world lost surprisingly to Great Britain in the final battle at the Rio de Janeiro Games.

The Netherlands triumphed in the semifinals in Tokyo on Wednesday with no less than 5-1 against the defending champion.

Two-time world champion Argentina also lost its third Olympic final, after 2000 (1-3 against Australia) and 2012 (0-2 against the Netherlands).

Thirtieth medal for the Netherlands

The dethroned champion was 4-3 too strong for the India of the Dutch national coach Sjoerd Marijne in the consolation final in a thriller.

The men's title went to Belgium on Thursday, which settled with the Australian in the final after shoot-outs.

The Netherlands lost in quarterfinals to the Australians.

Team NL is now on nine golds and thirty medals in total in Tokyo.

On Friday track cyclist Harrie Lavreysen took the Olympic title in the sprint and later in the day athlete Sifan Hassan goes for gold in the 1,500 meters.

See also: These are the 30 medals of the Netherlands so far in Tokyo

The Netherlands started the final in the still very stuffy Oi Hockey Stadium just after sunset.

The favorite got the first penalty corner after four minutes and Van Maasakker pushed hard on the crossbar.

Argentina did well in the first quarter and also had a chance via Micaela Retegui, but the daughter of national coach Carlos Retegui shot wide.

Helped by the encouragement of quite a few Dutch officials and staff members in the stands, the Orange got more and more control over the game in the second quarter.

Seven minutes before half-time, Van Geffen tipped a push by Frédérique Matla into the goal from a penalty corner.

Shortly afterwards, 32-year-old Van Maasakker, who played the last game of her career on Friday, scored twice directly from a penalty corner: 3-0.

The match seemed to have already been decided, but Argentina came back to 3-1 in the buzzer before the halftime signal through a striking penalty corner from Gorzelany, who aimed the ball between the legs of keeper Josine Koning.

That goal turned out not to be the start of a furious comeback of the Argentine women in the second half.

The Netherlands kept control, barely gave away a chance in the third and fourth quarter and has the Olympic title back.