Olympic Games - Hand, basketball, volleyball: the French teams at the gates of an incredible five-fold

The French team sport shines at the Olympic Games in Tokyo with the successive qualifications of the French men's and women's handball and basketball teams, and the Blues of volleyball in the semi-finals. To try for the gold medal, these five teams will have to be there again on Thursday and Friday. 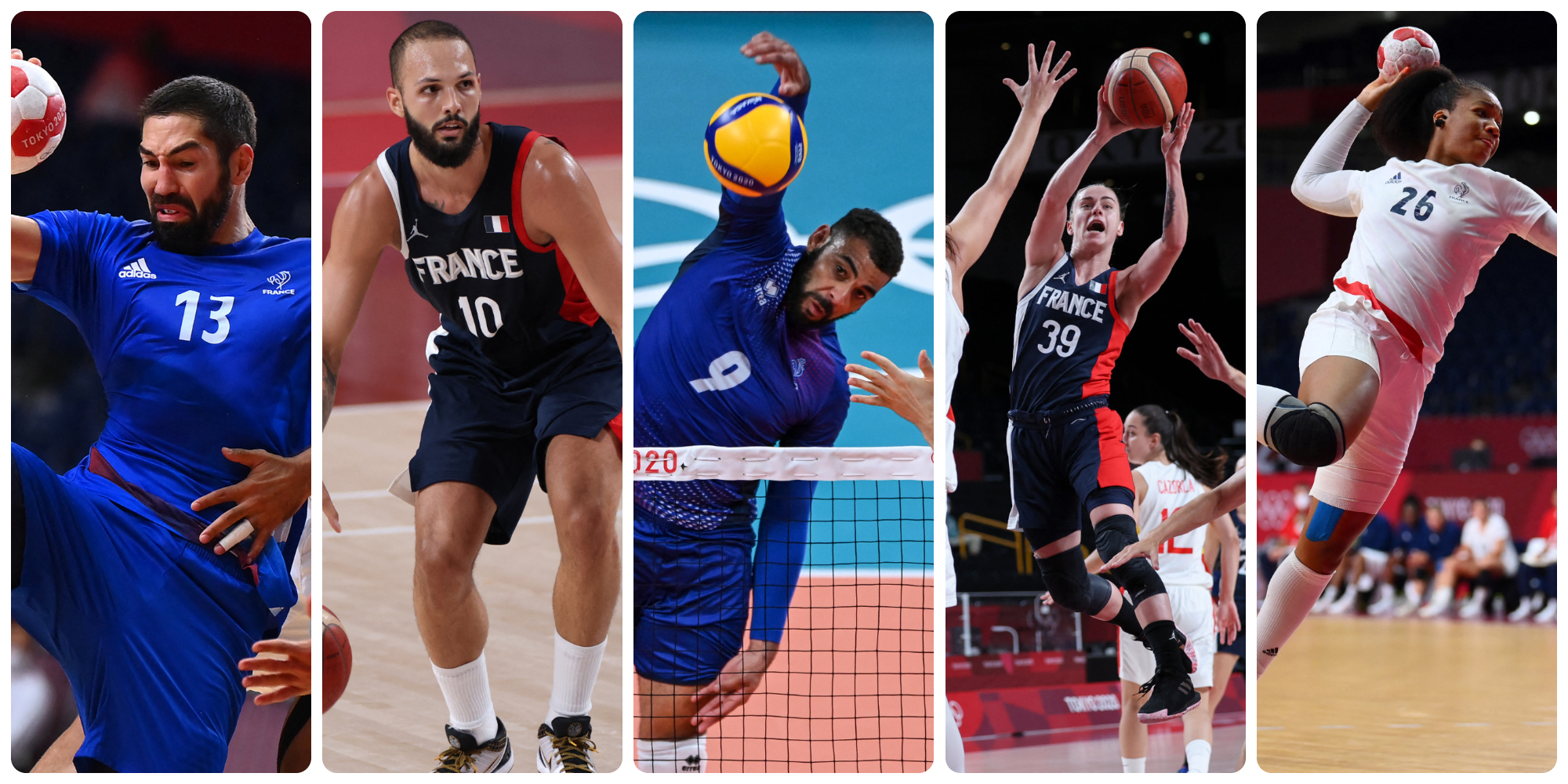 The French team sport shines at the Olympic Games in Tokyo with the successive qualifications of the French men's and women's handball and basketball teams, and the Blues of volleyball in the semi-finals.

To try for the gold medal, these five teams will have to be there again on Thursday and Friday.

The French men's and women's handball and basketball teams, as well as the Volleyball Blues, all qualified on Tuesday and Wednesday for the semi-finals of the Tokyo Olympics.

In total, five successes (yes, five!) Which allow us to hope for an incredible French raid of finals in the major team sports of the Olympics.

In short, everything is going perfectly well for the French team sports which will raise their ambitions.

To play for the gold medal, the men's and women's teams will have to transform the test Thursday and Friday into the semi-finals.

The program for Thursday 5 August

The program for Friday August 6

Handball players in search of their property, Olympic gold

Very often dominant in the world of handball, the French want to recover the gold medal they had given up in Rio in 2016, against Denmark.

The former double reigning Olympic champions in any case took place in the quarter-finals against Bahrain (42-28).

For the Blues of veteran Nikola Karabatic, it will be Egypt in the semi-finals, 7th in the last Worlds in 2021 and surprising winner of Germany in the previous round (31-26).

The handball players are in the last

The walked against Bahrain 42-28, they will be in the semi-finals of the Games against the winner of the match between Germany and Egypt # Tokyo2020

A draw apparently within the reach of Guillaume Gille's men, but the French coach must deal with the absences of Timothée N'Guessan and Hugo Descat, two leading offensive players who were injured in the group stage.

Seriousness is expected from the Blues as since the start of the Olympic tournament.

Spain and especially Denmark, Olympic champion and reigning world champion, and big favorite for the title, face off in the other semi-final at 2 p.m.

If the Blues qualify for the final, they will therefore have to be very, very strong.

Despite the golden generation of Tony Parker or Boris Diaw, the French basketball players have not brought back any Olympic medal since the Sydney Games in 2000 and silver against the United States. Luckily, the French team has new talents well acclimated to the NBA like Rudy Gobert or Evan Fournier, impeccable since the start of the tournament. They were again during the victory in the quarterfinals against Italy, after a stressful end of the match (84-75). For the French, winners of Team USA at the opening (83-76), the road seems cleared for the first final in 21 years.

The handball players are in the last

The walked against Bahrain 42-28, they will be in the semi-finals of the Games against the winner of the match between Germany and Egypt # Tokyo2020

For that, it will be necessary to exclude Slovenia from the brilliant Luka Doncic in the semi-finals.

Vincent Collet's players will have to perfectly manage the Slovenian phenomenon, NBA star with the Dallas Mavericks, in order to afford a historic final.

Opposite, there will be the United States for the possible reunion, or Australia, which will play their semi-final in the morning from 6.15 am French time.

But before thinking about a possible final, it will be necessary to rule out "Luka Magic" ...

Writing a new page in the history of French volleyball

The accession to the semi-finals of French volleyball players is already historic for French sport. The Blues had never done better than an 8th place at the Games, in Seoul in 1988. Here they are propelled into the last four thanks to a monumental victory in the quarter-finals against Poland, yet double reigning world champion (3 -2). Close to the exit in the group stage, the partners of the star Earvin Ngapeth had already achieved a feat by beating Russia, leader of Pool B, which then allowed them to qualify for the next round.

The Blues are therefore capable of anything and will need this enthusiasm to get through the semi-finals.

There awaits them Argentina, without great references but still placed in the world meetings and bronze medalist in Seoul in 1988. The year of the best performance of French volleyball players at the Games, as a symbol.

In the other semi-final, Brazil faces Russia under a neutral banner at 6 a.m. KST.

Two selections that the France team knows - defeat against Brazil and victory against Russia in the group stage -.

In any case, there will be a big challenge to get the first Olympic medal in the history of French volleyball.

The handball players aim for the pass of two

The French women's handball team was sensational in the quarter-finals. The players of Valérie Garnier delivered a real recital against the Dutch, yet reigning world champions (32-22). Amandine Leynaud, monumental in goals - 22 saves, or 51% success - and captain Allison Pineau, six goals in this match, are now looking to a second consecutive final at the Olympic Games, after the money collected in Rio in 2016. For that, Les Bleues will have to win this time against the Swedes on Friday, a few days after the draw between the two teams in the group stage.

BRAVO The French women largely dominated the match 32-22 against the Netherlands.

They will face Sweden in the semi-final Les Bleues are in the last four for the 2nd time in a row at the #JeuxOlympiques!

A match that one can imagine within their reach, while the Blue had made a muddled copy in this match of the first round.

The other semi-final of the women's handball Olympics will oppose Norway at 2 p.m. on Friday against Russia, which this year is playing the Games under a neutral banner.

Russian handball players are defending their Olympic title since they won in 2016 in Rio ... against France.

Do not repeat the same mistakes for basketball players

The victory of the French basketball players in the quarter-finals of the Tokyo Olympics is the icing on the cake of French collective sport. The French managed to beat their Spanish rivals after a stressful match, concluded by three points (67-64). Marine Johannes finished top scorer in the game with 18 points and Gaby Williams, 11 points, was invaluable in the dying moments to validate the victory. Les Bleues, vice-champions of Europe last June, follow up with the last four at the Olympics for the third time in a row.

The France team joins Japan in the semi-finals of the women's basketball tournament, beating Spain at the end of the suspense thanks to a decisive Marine Johannes (67-64) # Tokyo2020 # Olympic

But the best is yet to come for the French basketball players, with an accessible semi-final against Japan. Admittedly, the Japanese had imposed themselves on the wire in the group stage (74-70), but the French learned from their mistakes not to repeat them in the last matches. In addition, the fantastic women of the United States will play against Serbia on Friday at 6:40 am French time to advance to a ninth consecutive Olympic final and add a ninth title to their record. The ultimate challenge in world women's basketball.