Markus Johannesson: "The right decision to move the final"

At the request of both Sweden and Canada, the Olympic final in football will be moved. New time will be 14.00 Swedish time. A decision backed by SVT's expert Markus Johannesson. - They should have the opportunity to make the achievements of their lives, he says. 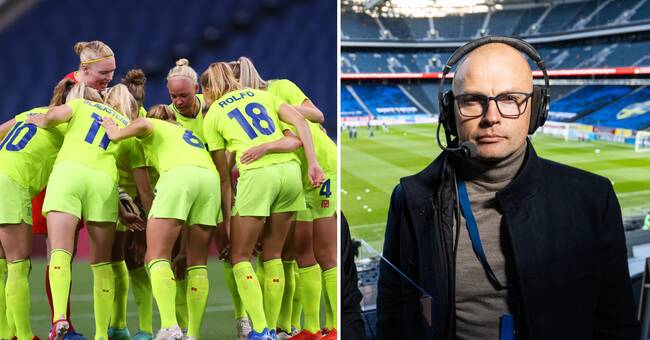 Today, the decision was made to move the Olympic final in football between Sweden and Canada.

A message that is welcomed by SVT's expert Markus Johannesson.

Which at the same time is critical to the fact that the decision was delayed.

- I think it is an obvious decision.

At the same time, I think it took too long to come to that conclusion, says Johannesson.

Something that may have affected the players is that the decision to move came less than a day before kick-off.

- I think it has affected the players in some way but not so much that it will affect the outcome of the match.

Here, both teams have the same conditions.

As a player, you hope that it will be moved, and if it does not happen, it will still be some form of disappointment.

Had the final not been moved, the match would have been played in temperatures above 32 degrees.

Something that was the reason why both teams wanted to move the kick-off time.

- It would be terrible to play in that heat.

When you play in such conditions, you can not do yourself justice, it will be a completely different game.

This is the match of their lives and then they should also have the opportunity to make the achievements of their lives, says Markus Johannesson.

The final will be played tomorrow Friday at 14.00 Swedish time.