Tokyo 2021-Handball: Egypt in search of exploits against France in the semi-finals

The last four of the men's handball tournament will feature a big poster between Denmark, defending champion and Spain, on Thursday 5 August, and an unbalanced shock between France, Olympic champion… 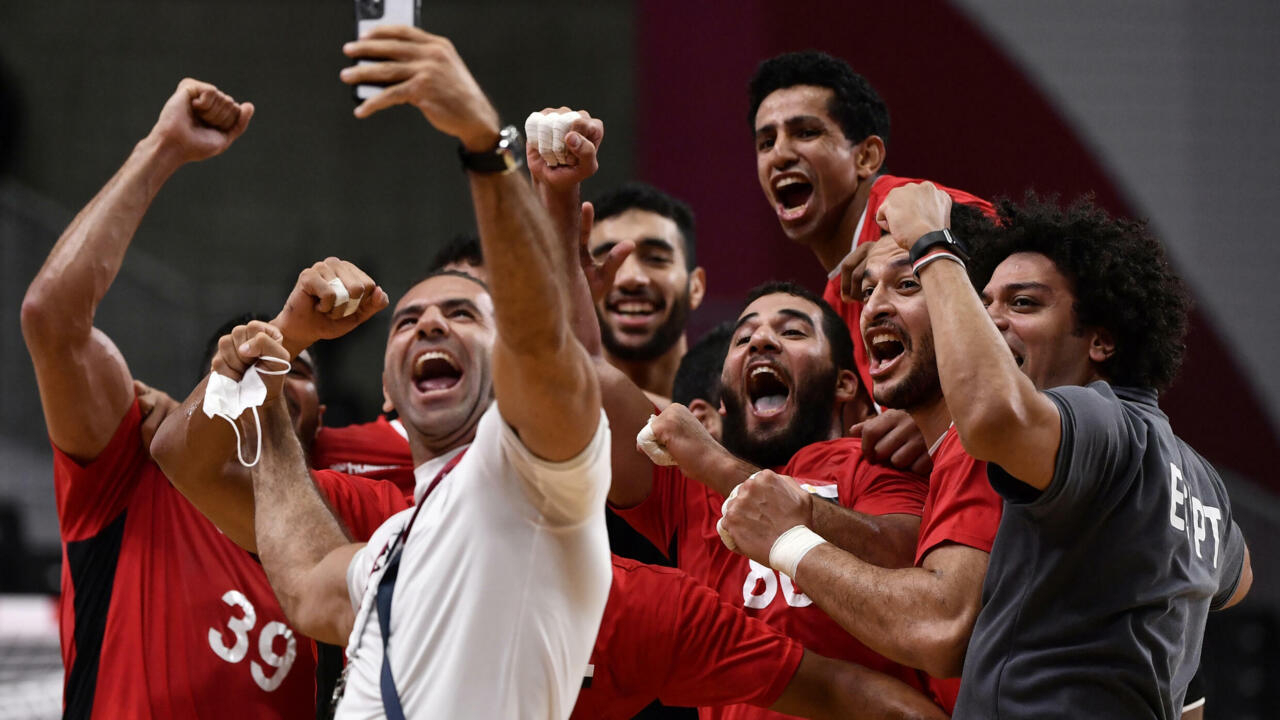 Tokyo 2021-Handball: Egypt in search of exploits against France in the semi-finals

The surprising Egypt team victorious over Germany, on August 3, 2021 in Tokyo, will play its semi-final against France Fabrice COFFRINI AFP

The last four of the men's handball tournament will offer Thursday, August 5 a big poster between Denmark, defending champion and Spain, and an unbalanced shock between France, Olympic champion in 2008 and 2012, and Egypt, new to this. competition stage.

The Pharaohs will try to create a surprise.

Facing the Pharaohs, the French will aim for a fourth consecutive Olympic final, which no nation has managed to achieve, neither for women nor for men, after the coronations in 2008 in Beijing and 2012 in London and the medal of silver in 2016 in Rio.

For Egypt, however, this will be a first.

Thanks to their success against Germany, bronze medalist five years ago in Rio, the Pharaohs became the first African handball players to climb into the last Olympic square.

Egypt is only the second non-European nation to play in a men's Olympic semi-final, after South Korea, a finalist in 1988 in Seoul.

"We have a lot of motivation"

It is twenty years since Egypt had not reached the last square of a planetary competition.

In 2001, during the World Championship in France, the Pharaohs were already facing the Blues.

It is a lot of pride

," said Mohammad Sanad, right winger for Egypt and Nimes after the victory over the Germans.

We have been preparing this group for three years. At the World Championship

, we came out in the quarter-finals on penalties against Denmark, so we know that we deserve to be there, in the semi-finals. And we don't stop there, we have a lot of motivation, ambition to prove that we are one of the best teams in the world today.

Just before the Olympics, the French handball players won the line in Paris against Egypt (31-30) for their first preparatory match.

“It was a very good test, they made life difficult for us and we had to work hard.

We left them some balloons,

Egypt has won the African Championships seven times, the last time in 2020 in Tunisia.

The Pharaohs also have seven African Games titles to their list.

At the Olympics, the country had never done better than sixth, in 1996, in Atlanta.