Tokyo 2021: Namibian Christine Mboma, sensation of the day on the athletics track

In track and field, Namibian Christine Mboma caused a sensation by winning silver in the 200 meters as an Elaine Thompson-Herah - Shelly-Ann Fraser-Pryce duel awaited. In lon jump ... 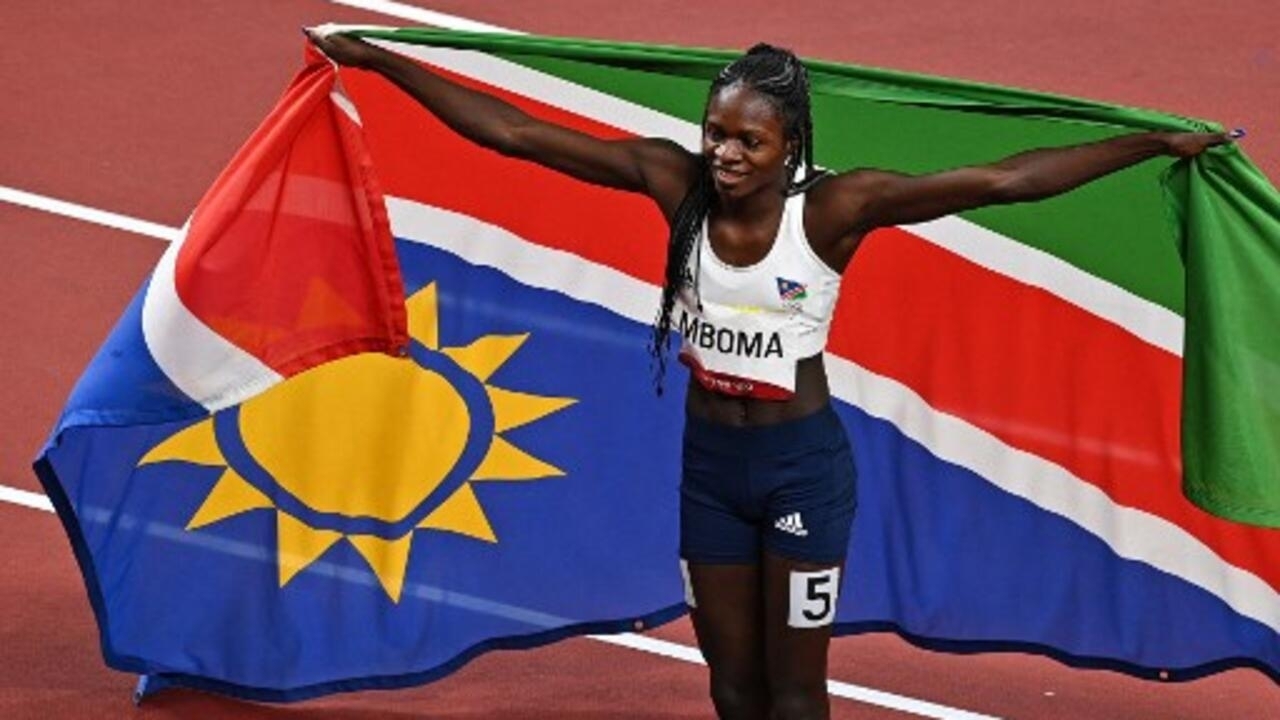 Tokyo 2021: Namibian Christine Mboma, sensation of the day on the athletics track

In track and field, Namibian Christine Mboma caused a sensation by winning silver in the 200 meters as an Elaine Thompson-Herah - Shelly-Ann Fraser-Pryce duel awaited.

In the long jump, the Nigerian Ese Brume has long been in the lead of the final before taking second place on the podium.

In Handball, the Egyptians qualified for the handball semi-final against France.

Find all the results of the African athletes competing in Tokyo this Tuesday, August 3.

won the silver medal in the 200-meter where Jamaican Thompson-Herah once again became Olympic champion in Tokyo after her 100-meter title. The Ivorian Marie-Josée Ta Lou finished in 5th place while the other Namibian, Beatrice Masilingi, crossed the line just behind. Christine Mboma, who has only been running the 200m for two months, had a breathtaking end of the race to beat the American Gabrielle Thomas (3rd) and Fraser-Pryce (4th). An 18-year-old hyperandrogenic athlete, Mboma has exploded this season to become the 7th best performer of all time in the 400m. But she had to fall back on the half-turn of the track prohibited to line up on her preferred distance, due to the regulation on hyperandrogenism.Mboma ran his first 200m high level on May 29 in 22 sec 73 before devoting himself fully to the distance. In five races, including the Olympic final, she won almost a second to clinch silver in 21 sec 81.

has long led the race in the final with a first jump at 6.97m.

The 2019 Worlds bronze medalist believed to succeed Chioma Ajunwa, the last Nigerian Olympic champion in the discipline in 1996.

But the American Brittney Reese, titled in 2012, overtook her by equaling this jump at 6.97m and by realizing a second best jump at 6.95m (against 6.90m for Brume).

And on her final try, the German Malaika Mihambo jumped to 7m to grab the gold.

The world indoor record holder (18''07) almost got out in qualifying.

With a jump of 16.83m, the one announced as the favorite for the gold medal qualifies for the final by taking the 12th and last qualifying place.

Thanks to a remarkable finish,

He finished at the same time as the Canadian Aaron Brown (1st) and the American Noah Lyles (3rd).

Fahnbulleh was classified 2nd to the nearest thousandth and will therefore play the 200m final on Wednesday.

qualified for the final scheduled for Friday.

placed 3rd in his qualifying group.

He will be in the final on Thursday.

The South African Jason van Rooyen and the Egyptian Mohamed Magdi Hamza did not pass.

(less than 68 kilos) fought for the gold medal against the American Tamyra Stock Mensah, world champion in 2019. She lost on the score of 4- 1.

The wrestler, the new Olympic vice-champion, nevertheless offered her country her first silver medal in this discipline.

All sports combined, Nigeria has been waiting for a silver medal since the three gleaned at the 2008 Olympics in Beijing, with the footballers, the women's 4x100m relay and the athlete Blessing Okagbare (long jump).

In Greco-Roman wrestling, the Egyptian Mohamed Ibrahim El Sayed (less than 67 kilos) climbed to the semi-final.

His compatriot Mohamed Metwally (less than 87 kilos) had the same trajectory: victories against Belarusian Kiryl Maskevich, then against Cuban Daniel Gregorich Hechavarria, before losing to Hungarian Viktor Lorincz.

In the featherweight semifinals (less than 57 kilos),

The boxer thus brings the bronze back to his country which had not won a medal since the 1992 Olympic Games in Barcelona.

In Spain, footballers were classified in 3rd place, synonymous with bronze.

, in less than 60 kilos (light weight), lost in the quarterfinals against the Irish Kellie Harrington (5-0).

ranked widely in the lead with a total of 388 kilos (177 kilos in the snatch, 211 kilos in the clean and jerk), against 371 kilos for the second, the Turkmen Ovez Ovezov.

The day after the free skate, the Egyptians Laïla Ali and Hanna Hiekal finished 19th in the technical program with 77.8625 points (156.7625 points in total).

These two tandems will not contest the final.

In qualifying, the South African Christopher Cosser finished 9th in speed (6''48), 16th in bouldering and 10th in combined difficulty.

qualified for the final of the diving at 3 meters.

In the women's 470 double dinghy, Mozambicans Denise Parruque and Maria Machava placed 18th in the 9th race and 21st in the 10th and final race.

The medal race on Wednesday will be without them.

In the men's 470 double dinghy, Angolans Matias Montinho and Paixao Afonso took 19th and last place in the 9th race and the 10th race.

They won't be in the medal race on Wednesday either.

The French handball players, easy winners of Bahrain (42 to 28) in the quarter-finals of the Tokyo Games, will face

to try to reach a fourth consecutive Olympic final, Thursday at Yoyogi Stadium.

In the quarter-finals, the Egyptians, reigning African champions, dominated Germany, bronze medalists in Rio five years ago, 31 to 26. Egypt is the first African team to reach the semi-finals. final of an Olympic handball tournament for men, and the second non-European team after South Korea in 1988 in Seoul.

Several African representatives took part in the individual show jumping during the qualifications.

Only the top 30 qualified for the individual finals.

He will be there in the semi-finals on Thursday, like his compatriots

It also happened for

The Ethiopian Habitam Alemu was the only representative in the 800 meters final for the African continent.

She finished in 6th place.

No athlete from the African continent has passed the playoffs.

The Botswanan Amantle Montsho, world champion in 2011, did not finish the race.

The South African ran 13.55, like the last qualifier, the Brazilian Gabriel Constantino.

But the latter is ahead to the nearest thousandth: .544 against .550 for Alkana.

No miracle for Jo-Ane van Dyk.

The South African did not make it to the final.

In the same category, Tunisian Souleymen Nasr was beaten by Iraqi Aker Al Obaïdi (Olympic refugee team) in the round of 16.

In the under 87 kilograms, Algerian Bachir Sid Azara beat China's Fei Peng in the round of 16 before losing to Ukrainian Zhan Beleniul in the quarterfinals.

In less than 62 kilos, the Nigerian Aminat Oluwafunmilayo Adeniyi lost to the Ukrainian Iryna Koliadenko in the round of 16, as did the Tunisian Marwa Amri beaten by the Swedish Henna Johansson at the same stadium.