Stencils for the final after a new thousandth drama

A thousandth here or there can make a big difference. Just ask Linnea Stensils. The canoeist is ready for the final on K1 200 meters after a new thousandth drama. 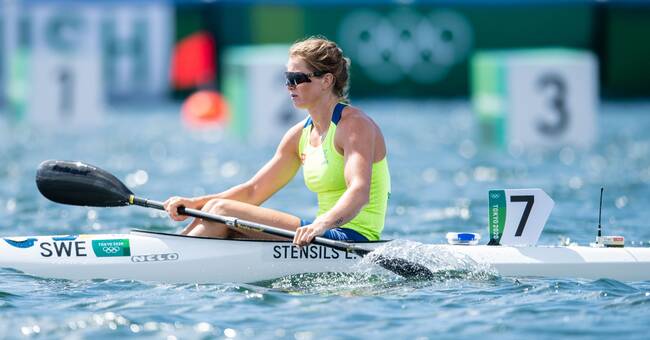 At first it looked like the Swedish canoeist Linnea Stensils would miss the final on K1 200 meters with a meager thousandth.

In the finish she was namely five;

the top four went to the final.

And Stensils would have to prepare for a B-final in the Olympics in Tokyo.

But the Swedish management staff had not given up.

The result was changed

They were on their way to request that the target photo be reviewed again, but by then the result had already changed.

Stensils had finished in exactly the same time, 38,858, as the Spaniard Teresa Portela.

Portela had first been judged as four, but now she had to share fourth place together with Stensils, who is thus ready for the final.

The final kicks off later on Tuesday, 04.47 Swedish time.

Stencils was also involved in a thousandth drama in the trial heat when she was forced to run a quarterfinal instead of going straight to the semifinals.

Then she was nine thousandths from going to the semifinals.

200 meters is the canoe's equivalent to the sprint distances of athletics or swimming.

The margins are small, which Stensils really got to feel during the Olympics in Tokyo.