Details and developments of the incident of the Egyptian national team player’s harassment of a Japanese girl .. “FIFA” intervenes

&nbsp;Media reports in Egypt revealed details of the accusation of the Egyptian national Olympic team player, Abdel Rahman Magdy, of harassing the Japanese girl working in the team’s residence hotel in Tokyo, during the Pharaohs’ participation in the Tokyo Olympics. 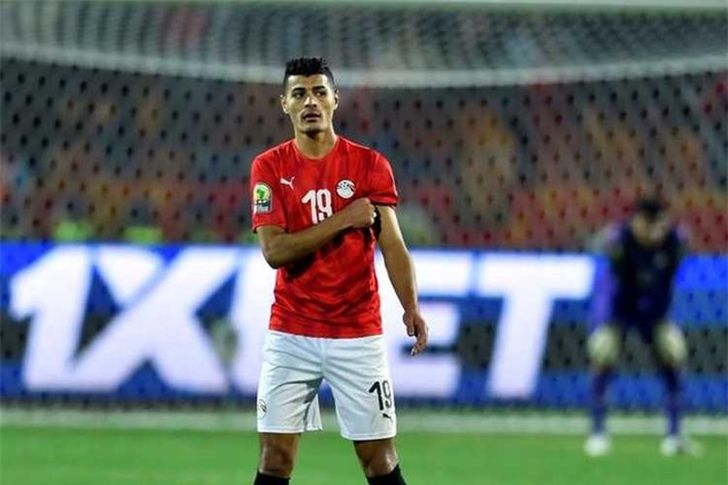 Details and developments of the incident of the Egyptian national team player’s harassment of a Japanese girl .. “FIFA” intervenes

Media reports in Egypt revealed details of the accusation of the Egyptian national Olympic team player, Abdel Rahman Magdy, of harassing the Japanese girl working in the team's residence hotel in Tokyo, during the Pharaohs' participation in the Tokyo Olympics.

Sada Al-Balad channel reported the full details of the incident, which began when the Japanese girl went to the room in which the player was staying to clean it, and then went out and lodged a complaint with the hotel management that she had been subjected to an attempt to harass the player.

The channel said: "The hotel management decided to file a report with the police, which in turn decided to summon the player for investigation, despite the attempts of the Egyptian mission management headed by Ahmed Mujahid to contain the situation and apologize for what happened, but all attempts were unsuccessful."

He added, "Indeed, the player was subjected to investigations by the police that lasted five hours before the Argentina match in the second round of the Egypt group in the Olympics, and his colleague in the same room, Ammar Hamdi, was summoned, who exonerated Abdel Rahman Magdy from the allegations of the hotel worker, but the Japanese police discovered That Ammar Hamdi was not in the room at the time of the incident, which worsened Majdi's position.

She explained: “The head of the temporary committee of the Football Association, Ahmed Mujahid, offered the hotel management to contain the situation in any way, whether by a written apology from the mission or the player or paying financial compensation to close this case, but the matter developed for more than that after the International Olympic Committee was notified. And the International Federation of Football Associations with the incident, which has become necessary for a decision towards the player away from the investigations of the Japanese police.”

He continued, "The only thing that the Olympic team managed to succeed in is to take Abdel Rahman Magdy with the mission to Cairo without being detained in Japan until the case is decided."

And he concluded: “The Egyptian Federation came out with a statement referring to the suspension of the player, but he did not mention the reasons for this suspension, but he became obligated to investigate Abdel Rahman Magdy, and to provide the International Olympic Committee and FIFA with the results of the investigations that he will conduct in Egypt, and it is certain that there may be harsh penalties that will be issued against him. The player, whether at the local or international level, by FIFA, who also intervened in the case.”