The mass crash caused by Valtteri Bottas was a major topic of conversation during and after the Hungarian GP. 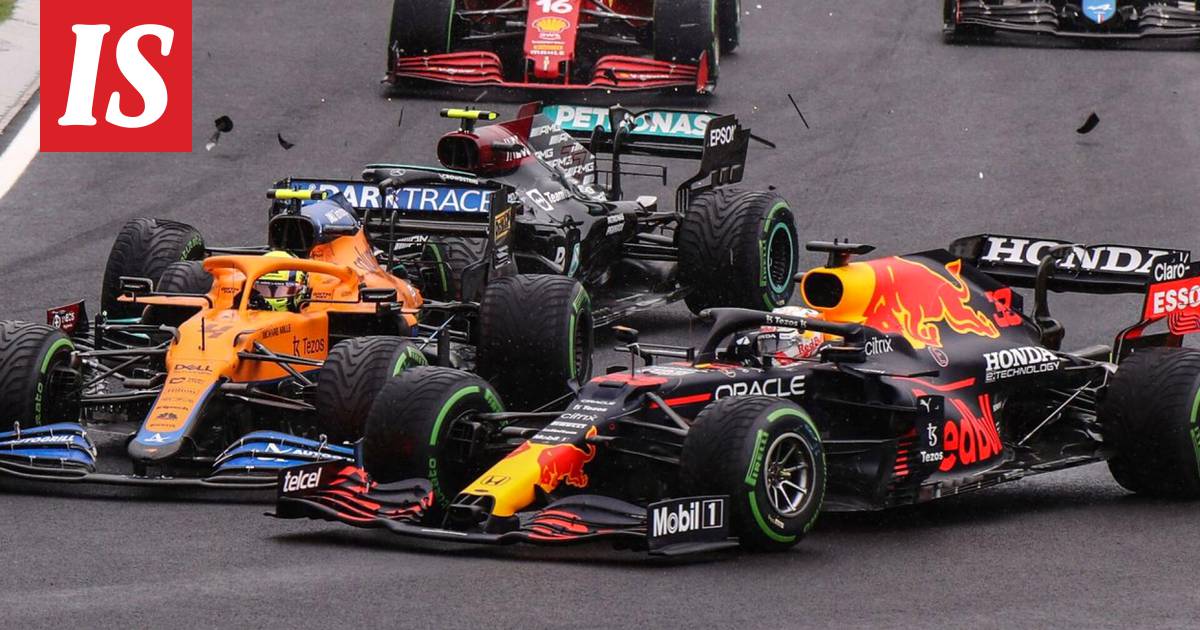 Mercedes Valtteri Bottas's race could not have been more unhappy even if he had tried.

The Finnish driver who left the race from the second square got a bad start and crashed in the opening bend with McLaren's Lando Norris.

Bottas misjudged his braking position and drifted directly behind McLaren.

This triggered a chain reaction that led to the suspension of five cars as well as the severe damage to Max Verstappen’s car fighting for the championship.

Verstappen, who had been tormented by an unserviceable go-through throughout the race, fought for himself one World Championship point.

Norris had nothing good to say about Bottas after his fresh suspension.

- First round, I don't understand why you have to go around that, Norris would talk to Sky according to the Racefans site.

There is nothing left to do anymore, so there is not much to say.

Norris added that he hoped Bottas would get a “big penalty”.

This was also the case, as Bottas was already fined five starting squares during the race for the next race.

It remains to be seen whether the Finn will be subject to additional sanctions.

Red Bull’s Sergio Perez was also among those suspended.

He also had nothing good to say about the Finn.

- I think Bottas just lost control of his car.

I thought it was Lando, but Bottas just made a big mistake and knocked everyone out of the race.

It's really a shame.

Perez regretted that the chain crash was a hard blow to Red Bull in the championship battle against Mercedes.

In addition, he said he believed the power source for his car crashed into such a bad condition that it needed to be replaced.

Likewise, Ferrari’s Charles Leclerc, who had to be suspended, would poke from Bota on Twitter.

- Well, the blacksmith was a great race, and Norris cursed in Some.

He mocked that the Finn secured his position for the next season at Mercedes by doing a great service to his teammate Lewis Hamilton.

Hamilton had his own difficulties, but he eventually rose to a magnificent third.

Hamilton rose to the top of the World Championships past the Dutchman and Mercedes Red Bull past the manufacturers series.

- Bottas does practically everything to keep his Mercedes in place.

Treated out both Red Bulls in the No. 1 bend, Bellingham scoffed - and was by no means the only one to make the same attention.

The pressures are starting to get really hard for the Finnish driver.

George Russell, who was replaced by Bottas, finally took his first points in Williams' car.

This followed a week when it was reported that Bottas representatives were in contact with Alfa Romeo about a possible stable location.