Tokyo 2021: the absolute reign of the Venezuelan Yulimar Rojas in the triple jump

Already quadruple world champion, Yulimar Rojas crushed the Olympic triple jump final in Tokyo on Sunday. The Venezuelan won the gold medal and in the process exploded the world record ... 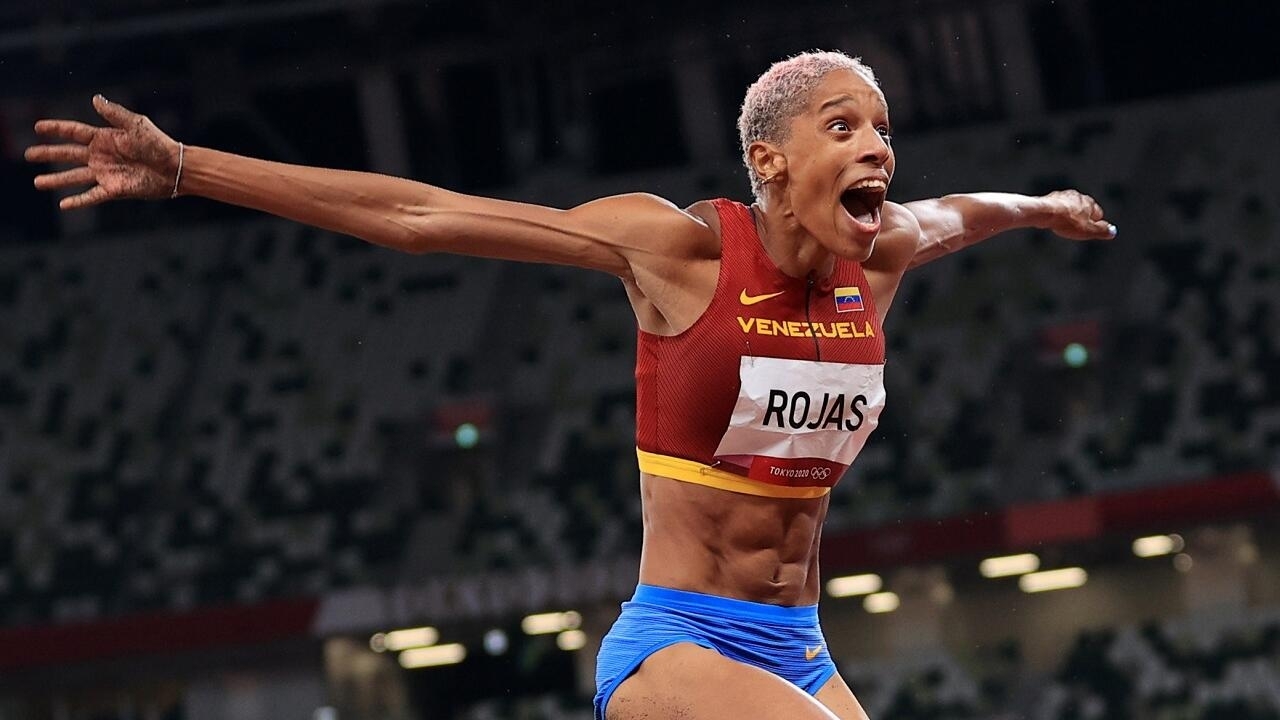 Tokyo 2021: the absolute reign of the Venezuelan Yulimar Rojas in the triple jump

Venezuelan athlete Yulimar Rojas, jubilant after breaking the world record in the final of the Tokyo Olympics on August 1, 2021. REUTERS - HANNAH MCKAY

The Venezuelan won the gold medal and broke the world record in the process.

In Rio de Janeiro, she had to be content with the money.

But this Sunday, August 1, she left no chance for the Tokyo Games finalists.

From his first try, Yulimar Rojas stunned the competition with a jump to 15.41m. A mark that allowed her to take the lead and beat the previous Olympic record set in 2008 by Cameroonian

, double gold medalist (2004 and 2008). None of the eleven other finalists could worry him. On her fourth jump, the Venezuelan showered the competition a little more by landing at 15.25m. But that was before the final fireworks display.

On his sixth and last attempt, Yulimar Rojas, physically shaped to shine in his discipline (1.92m for 72 kilos), soared to 15.67m.

It's a staggering new world record: the previous best mark was that of Ukrainian Inessa Kravets at the 1995 Worlds. Rojas jumped 17 centimeters further.

This is the first world record broken in athletics in these Tokyo Games, and in what way.

Yulimar Rojas, 25, adorned herself with gold ahead of the Portuguese Patricia Mamona (15.01m) and the Spanish Ana Peleteiro (14.87m).

This gold medal is Venezuela's first since that won by swordsman Ruben Limardo at the London 2012 Olympic Games. Yulimar Rojas is the fourth Venezuelan Olympic champion after boxer Francisco Rodriguez in 1968, taekwondoist Arlindo Gouveia in 1992 and therefore Ruben Limardo in 2012. Elected female athlete of the year 2020 by World Athletics, the triple jumper has certainly marked these Olympic Games with a hot iron.