The Olympic duo are thrown out after breaking the rules

The Georgian duo Vazha Margvelashvili and Lasha Shavdatuashvili took Olympic silver in judo. Now they are being thrown out of Tokyo after breaking the covid rules. "No one stopped them at the exit, so they thought they could go outside," a Georgian spokesman told The Guardian. 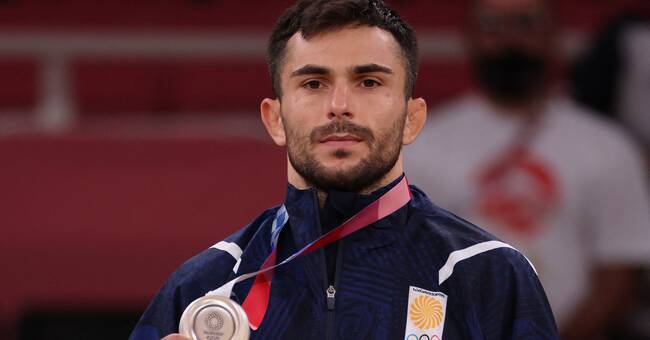 A total of six people have been expelled from the Games in Japan.

The latest to join that crowd are judokas Vazha Margvelashvili and Lasha Shavdatuashvili from Georgia.

According to reports, the duo must have met a mutual friend in Japan and a tourist in their team kit - which is contrary to the protocol that all Olympic participants have signed before the games.

Then the judokas fasted in the picture.

- They just wanted to get some fresh air and relax after a tough competition day and after a tough lockdown period, the spokesman says.

Vazha Margvelashvili took silver in the 66-kilo class on Sunday - after a loss against the Japanese Hifumi Abe.

Lasha Shavdatuashvili was a day later than her compatriot, and lost the final in the 73-kilo class against Shohei Ono on Monday.

Now both have had their Olympic accreditations confiscated by the organizer, and been expelled from the country.

"No one stopped them at the exit, so they thought they could go outside," a Georgian spokesman told The Guardian.