Kromowidjojo happy with fourth place: "My life is too beautiful to be disappointed"

Ranomi Kromowidjojo missed a medal by nine hundredths in the final of the 50-meter free at the Olympic Games in Tokyo on Sunday, but the three-time Olympic champion was not disappointed at all with her fourth place. 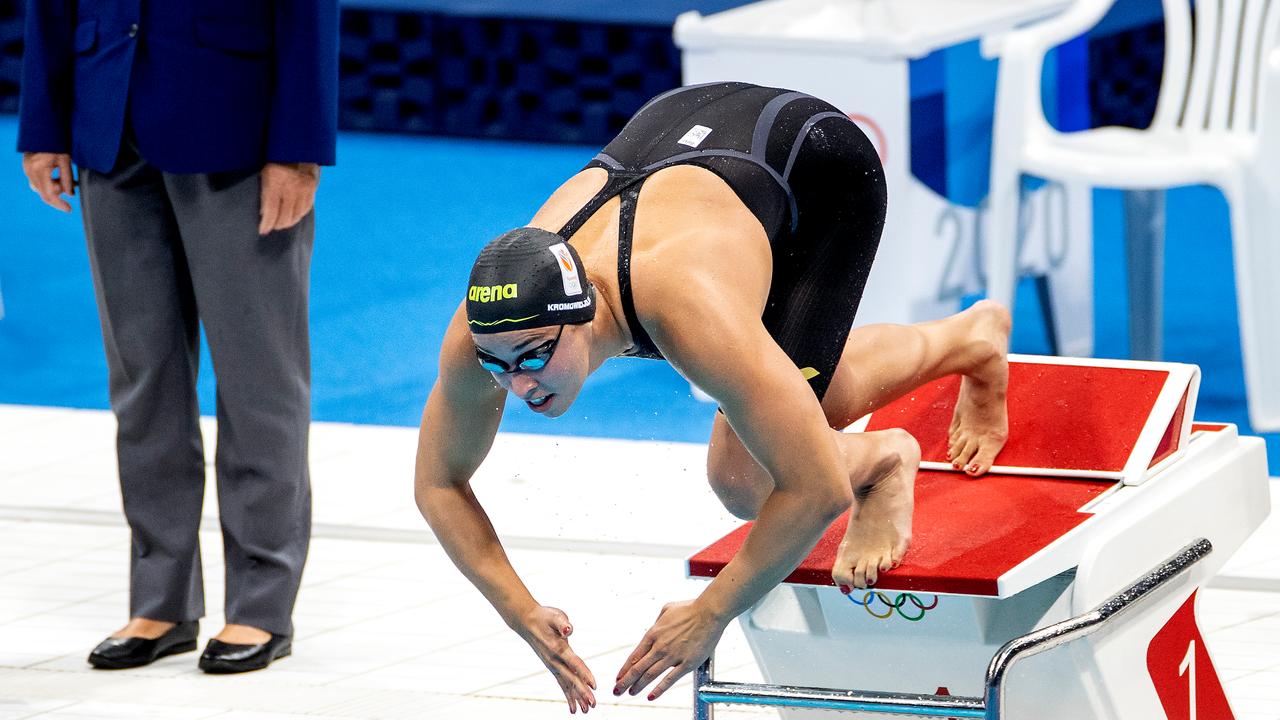 Ranomi Kromowidjojo missed a medal by nine hundredths in the final of the 50-meter free at the Olympic Games in Tokyo on Sunday, but the three-time Olympic champion was not disappointed at all with her fourth place.

"Of course I would have loved to be on the podium, but it's okay," said Kromowidjojo with a big smile in the mixed zone of the Tokyo Aquatics Center.

"This is perhaps the most beautiful fourth place ever, I am very happy."

The thirty-year-old Dutch was free for the third Games in a row in the final of the 50.

On Sunday, 'Kromo' touched in Tokyo in 24.30, while the Danish title defender Pernille Blume claimed the bronze in 24.21.

Australia's Emma McKeon won gold in an Olympic record of 23.81.

Kromowidjojo was considered a contender for the title on the 50 free before the Games, especially after she became European champion in mid-May in Budapest in 23.97.

She didn't come close to that top time in her three races in Japan.

"The goal is always to swim better than ever and that has not been successful. But nothing went wrong," said the Groningen.

"After nine years, I'm still competing with the world's best, so you can't shake me."

"I'm proud to be back in the final. It's not what's happening here, it's a really good level. So I'm not going to cry on the bed or feel bad that I don't have a medal. That's where my life is nice for."

'Don't know if Olympic career is over yet'

That life will in any case still consist of swimming in the coming weeks, because in a month's time Kromowidjojo will dive into the pool again at the International Swimming League (ISL).

The four-time Olympian does not yet know whether she swam her last race at the Games on Sunday.

"After the previous two Games, I decided by feeling whether I would continue and I will do so again," said Kromo.

"I will take another break and that feeling will come naturally. I really feel the complete freedom to decide for myself about my future."

Kromowidjojo, who is already flying back to the Netherlands on Tuesday and therefore cannot watch the Olympic race of her friend and reigning Olympic champion in open water swimming Ferry Weertman in Tokyo, says that she has been very aware of it in the past year, partly due to the corona pandemic. It has become clear that elite sport and good health cannot be taken for granted.

"I really enjoyed the preparation for the Games, had a great time with my coach Marcel Wouda and my teammates. But now it's time to see my parents first, because I haven't hugged them for a year and a half."