Fernando Alonso stops Hamilton to delirium of Ocon and Alpine

Esteban Ocon gave Alpine its first F1 victory at a Hungarian GP where none of the above would have been possible without the help of Fernando Alonso, who stopped Lewis ... 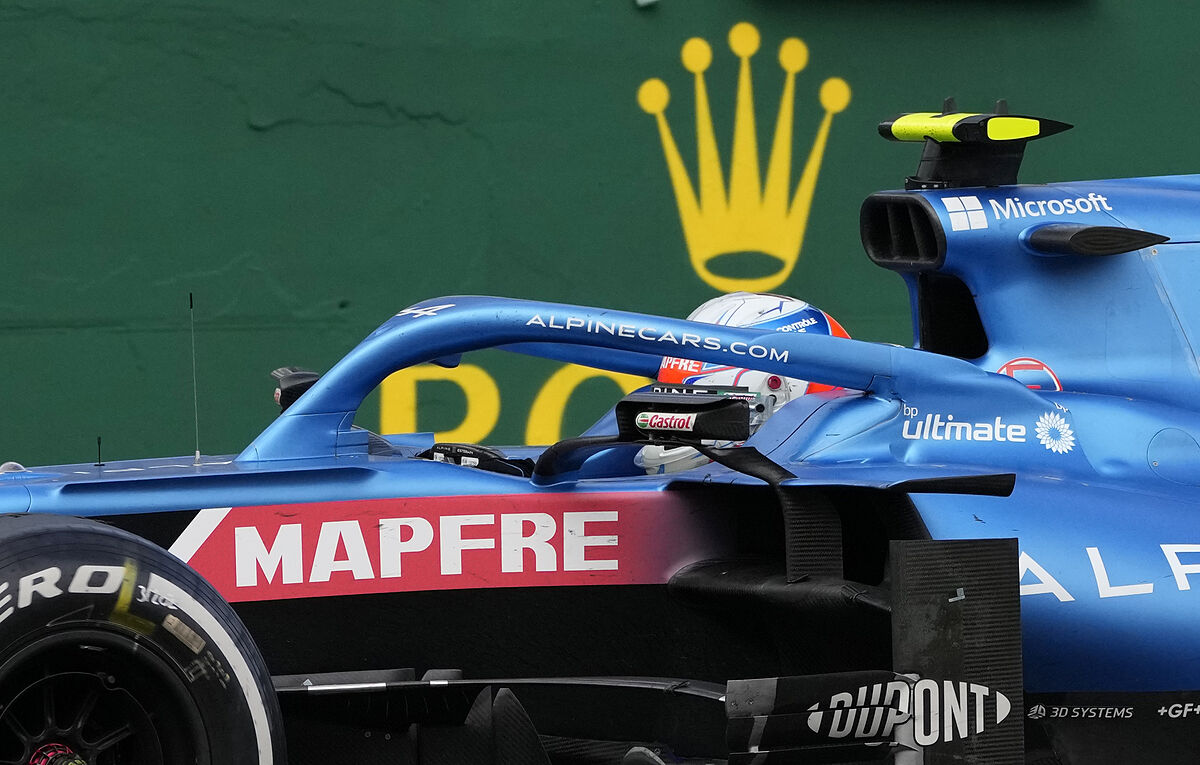 for 10 unforgettable laps. On the verge of a nervous breakdown, the seven-time champion had to settle for third place on the podium, with which he regained the leadership of the World Championship to the detriment of

, weighed down all afternoon by an accident in the first corner. From those raindrops at the start to the end, the role of the Spanish was unquestionable.

, fourth at the finish line, and Alonso, voted driver of the day by the fans, will not easily forget this Sunday.

Alonso's tenacious resistance, with a car two seconds slower than Hamilton per lap, brought to mind that exhibition against

at Imola 2005. Between laps 55 and 65, the Spaniard denied every gap, with lines full of ingenuity and amazing melee control. There was nobility in his defense. Also space in every curve. Hamilton could not find a way to overcome that wall and raged on the radio: "At that speed it is too dangerous." The absurdity of his complaints was too much in evidence. Only one stop by Alonso at Turn 1 cleared the way for Sainz, who could only resist him for one lap.

Nobody would enjoy it as much as Ocon, with a tremendous mettle to endure 30 laps to

The German, at times in the DRS zone and with a deficit never exceeding two seconds, harassed as much as he could but could not oppose the future rider from Alpine.

After five straight races too far behind Alonso, Ocon did everything right in Hungary.

Not only teamwork and fortune were favorable to him.

Also the speed of its mechanics, with a 2.3 second change of wheels that was crucial before the siege of Aston Martin.

In that fight a fabulous race was resolved, started by

. The Finn had skidded on the studs, so he was going to tackle the first corner in too much of a hurry. The first thing he ran into was the rear of

and after that shove, the McLaren took Verstappen ahead. On that skating rink, the Mercedes would still have time to cause the immediate abandonment of

The damage to the right side of Verstappen's car was soon revealed. As soon as he got out of the

, he lost an essential piece of the aerodynamic set-up. He had dropped to the thirteenth place and from there he learned of the red flag, which gave him at least half an hour free to repair the damage. During that break, as the sky cleared, Norris must have given up.

No less frustrated was

, who wanted to gain ground on the inside, with phenomenal courage, when everything was lost down the drain because of

From that moment on, Sainz became Ferrari's only asset.

And it didn't seem like little, given that the Madrid native, tremendously able to emerge unscathed from the chaos, had advanced 11 positions, up to the fourth step.

The entire peloton removed the intermediate rain tires, except for Hamilton, the victim of a glaring strategic error by Mercedes. The ambient temperature had accelerated the evaporation of moisture on the asphalt, no longer puddles or slippery areas. This is how all the teams interpreted it, except the one led by

. And this resulted in the striking image of the highlight, with only one car on the grid: the Hamilton W12.

A turn held by the Briton with the wrong footwear and that rectification caused an unusual race order: Ocon, Vettel,

, Sainz and Alonso, with Verstappen second to last and Hamilton with the red lantern. Unable to squeeze their power into the tight turns of the Hungaroring, the two title contenders had enough to ditch

The best resource available to Mercedes, after 19 laps, was to bet on the hard tire, with which Hamilton has left so many tests of mastery. By the way, his strategists partly made up for the previous blunder and when

returned to the track he

. Nothing could oppose the Dutchman anymore, three seconds slower per lap. When his engineers worried about the car's balance,

The way was clear for the seven-time champion and only the amount of the bet depended on him. If he attacked hard, looking for Ocon and Vettel, he was in danger of a death-wheel denouement. In case of settling for something less, its propitious victims would be Sainz and Alonso, pending any mistake to climb up to the podium. However, neither one nor the other, because Mercedes went off on a tangent with the fourth

to mount Hamilton on the medium compound.

The Spaniards had to resist, each with the available material.

The SF21 seemed to have better performance, given that Carlos had run a second faster than the leading duo.

With less pace, the Asturian's A521 was able to lead, during laps 38 and 39, as Ocon completed his last

Alonso immediately understood that glory would only be achieved with a common effort.

And so he more than fulfilled it at the Hungaroring.

Formula 1 Who is Michael Masi and why has Fernando Alonso been so angry?

Formula 1The keys to understanding the car of the future: How to give more spectacle with a concept from the 70s?